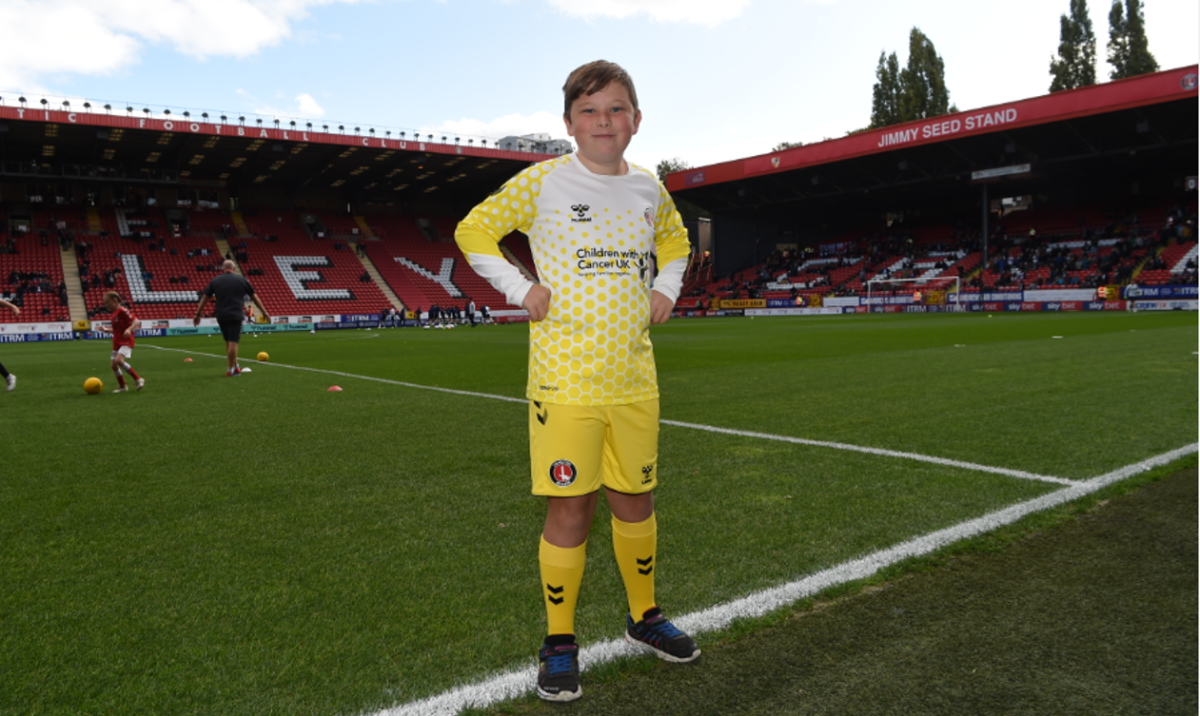 On Sunday Charlton take on Preston North End at The Valley and U11s can watch the game for £1 as part of the club's Kids For A Quid day.

One young fan who will be a mascot at Sunday's game is 10-year-old Owen Hipkin, who started coming to games through the Community 500 scheme, a partnership between the club and Charlton Athletic Community Trust (CACT).

“I wanted to be more active and I really enjoy sports, so I asked my mum to look into local after school clubs in my area,” explained Owen.

“So, I joined the Charlton Challenge at Crook Log Leisure Centre as I already have swimming lessons there.

“This became my favourite after school activity, there was a couple of children from my school and I met lots of different children from different schools, so I made lots of new friends.

“I had different coaches over the years, but the best was a guy called Dan (Marshall). He has taught me the basics and understanding to help me built up my skills to make me a better player. I really look forward to seeing him each week.”

Through the Community 500 programme, Owen has already begun to think of his future and credits the programme with helping him decide what he enjoys best.

He said: “I help my PE teacher teach younger children football after school on a Tuesday and a Thursday, which I really enjoy, when I grow up, I want to be a PE teacher or a sports physio, as I am interested in how the human body works.”

He went on to further explain how he has made new friends and has improved in his abilities through the Charlton Challenge.

“I like meeting new children and learning new skills and tricks. I like the fact there is a small group, so we get more out of the training. We do this for an hour then we have half an hour to play a 5-a-side match which the parents come in and watch. In the summer we have the chance to play outside rather than in a hall.”

Through taking part in the scheme, Owen was offered the chance to make his first trip to SE7 as the Addicks took on Gillingham in League One last season.

“One day after training Dan’s brother, Bradley [CACT’s SE London Football & Sports Development Officer], came down to help us train, at the end of the session, he had some tickets for the Charlton match the following day.

“I jumped at the chance to go as I had never been to a Charlton match before, thankfully my mum said we could go. My mum used to go, when she was younger, to a couple of games with

her friends and my dad used have a season ticket with his dad when he was younger as well.

"Charlton were playing Gillingham, I knew they were another local team, so I was really excited to go and even more excited when Charlton won 2-0!”

Owen recalled how he felt when he first arrived at The Valley.

“When I got to The Valley with my mum and dad, I was really excited, it looked so big from the outside.

“There were so many Charlton fans. I couldn’t take my eyes off the game, I remembered that Charlton scored early and everyone being so happy and cheering, I wanted to go again.”

Owen had joined Charlton at a point where the Addicks were flying high in the third tier and soon Lee Bowyer and the team found their way under the arch at Wembley for the League One play-off final.

With Championship football beckoning, Owen made his way to Wembley to cheer on the Addicks.

“I went to Wembley with my dad and my cousins. There were so many fans in their Charlton shirts and wearing scarfs, there were even people who had their faces painted. We had great seats at Wembley. I haven’t been there before, but I couldn’t believe how BIG it was. I thought The Valley was big! The atmosphere was great with all the fans singing and cheering.

“I remember jumping up from my seat and screaming and dancing with my dad when Charlton won and got promoted - I didn’t want to leave, I wanted to continue celebrating. I will never forget that match.”

With the Addicks back in the Championship, Owen has become a season ticket holder at The Valley. We asked him what his favourite game has been so far this season.

“So far this season, I have enjoyed the home match against Leeds where Charlton beat them 1-0! Dillion Phillips was amazing, he made so many great saves to keep Charlton in the lead and get the three points.”

Owen is also excited for the Addicks game against Preston North End on Sunday, November 3rd, for a special reason.

“I am looking forward to the Preston North End match as I am going to be mascot and I’m hoping I will be able to walk out with my hero Dillion Phillips!

“I really, really hope Charlton win. That will be the best birthday present ever.”