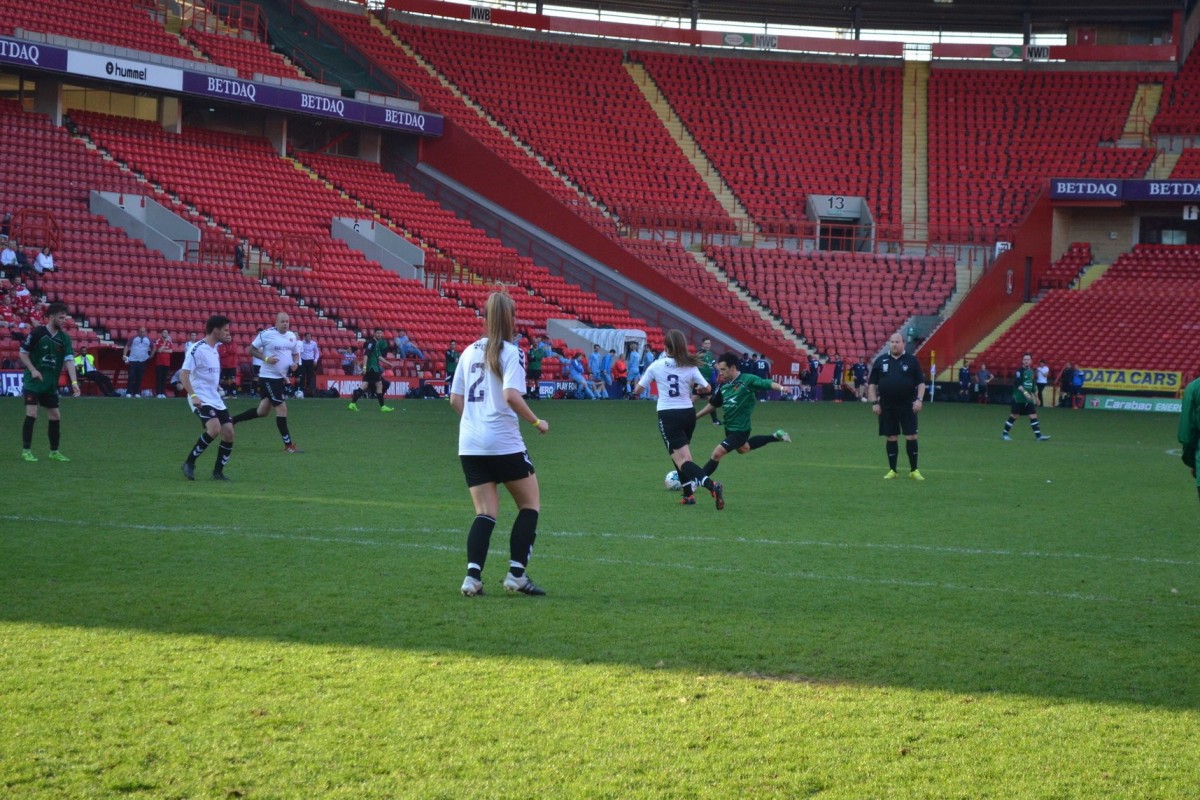 A record six teams entered the tournament at The Valley on Tuesday 22 May. Now in its third year, Charlton v Homophobia was set up to help raise the profile of LGBTQI+ football.

This year, for the first time, an RAF representative team and a team of journalists also took part, joining the two finalists. The Proud Valiants, the official Charlton Athletic supporters' group for LGBTQI+ fans and CACT Invicta FC, the first ever dedicated LGBT-friendly football team to be affiliated with a professional football club's community trust, returned for their third attempt at taking the trophy.

“It is so important to raise issues around homophobia in football which still very much exist. A lot of great work has been done by a lot of groups up and down the country. Charlton especially have done so much amazing work, not just in this tournament, which is in its third year, but with their dedicated match every February as part of Football v Homophobia month.

“I think it is really great that Charlton is hosting an event like this. It sends out a really strong message from the club that it’s an inclusive and welcoming environment regardless of ethnicity, sexuality, it’s a game we’re all here to enjoy.”

“In my role we really want to get this message out to all clubs and all trusts and Charlton really are positively pushing the boundaries and making sure this is up on the agenda, really pushing things forward. We wanted to come and support, recognise the challenges and recognise the progress that the club and trust are making.”

“I think it is great that the club have opened their doors and allowed the local community, football fans, to enjoy a night of football. It is great that football can bring people together and not many people get the opportunity to actually play on the pitch and have their family here to watch so it is a great day all around.”

“We had a fantastic evening at the Charlton v Homophobia tournament. It was a great atmosphere with a good standard of football being played too.

"As a University equality, diversity and inclusion are important values to us and we are continually striving to create an inclusive environment for our student and staff.

“It is a privilege to work alongside a club that holds the same values and is pioneering and leading the way in raising awareness of LGBTQI+ football. To add to a great evening the University of Greenwich's student-staff team were once again victorious, taking away the winner’s trophy.

"We will look forward to a bigger and better event celebrating diversity next year and of course will be ready for any new challengers to our triple crown!”