Upbeats on the up as they eye tournaments 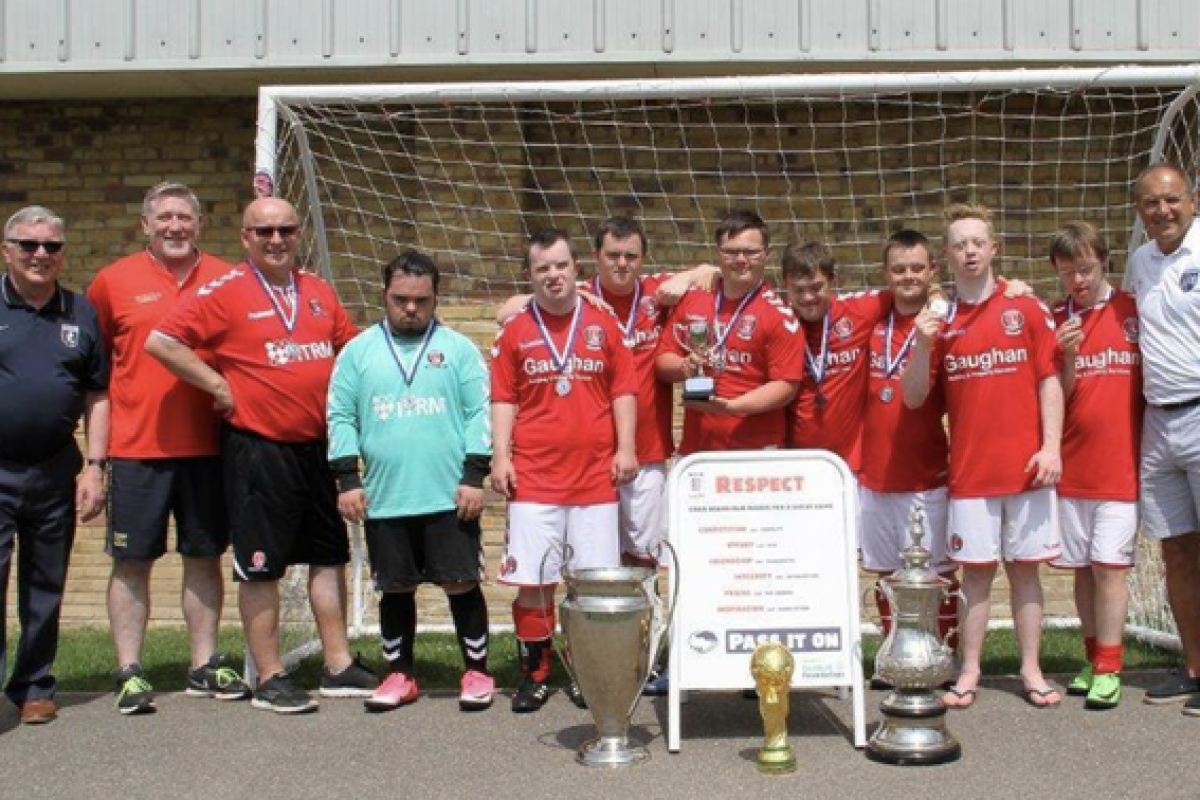 The Charlton Upbeats hope to continue their good form when they travel to Belfast and Birmingham later this month to take part in two major tournaments after another successful Kent Disability League season.

On Sunday 29 May, the Down’s syndrome football team secured promotion from the Championship 4 after finishing as runners-up. They have been winners or runners-up in all of their five seasons in the Kent Disability League, a pan-disability competition.

Having competitive monthly fixtures has helped the Upbeats to develop as individuals, and also stands them in good stead for their summer tournaments.

The Upbeats will again take part in the George Best Community Cup in Dundonald, Northern Ireland from Thursday 14 to Friday 15 June, bringing together 78 teams from across the country.

They will then look to retain their DS Active National Champions title in Birmingham the following weekend. The Upbeats have won the accolade six times, including five in a row.

“It’s been another great season for the Upbeats, who have gone from strength to strength since joining the Kent Disability League.

“We’re looking forward to taking them to Belfast to participate in the George Best Community Cup and meet new people from across the UK and Ireland, and then to Birmingham, where they’ll hope to get their seventh straight DS Active national title.”

The programme is entirely funded by voluntary contributions.