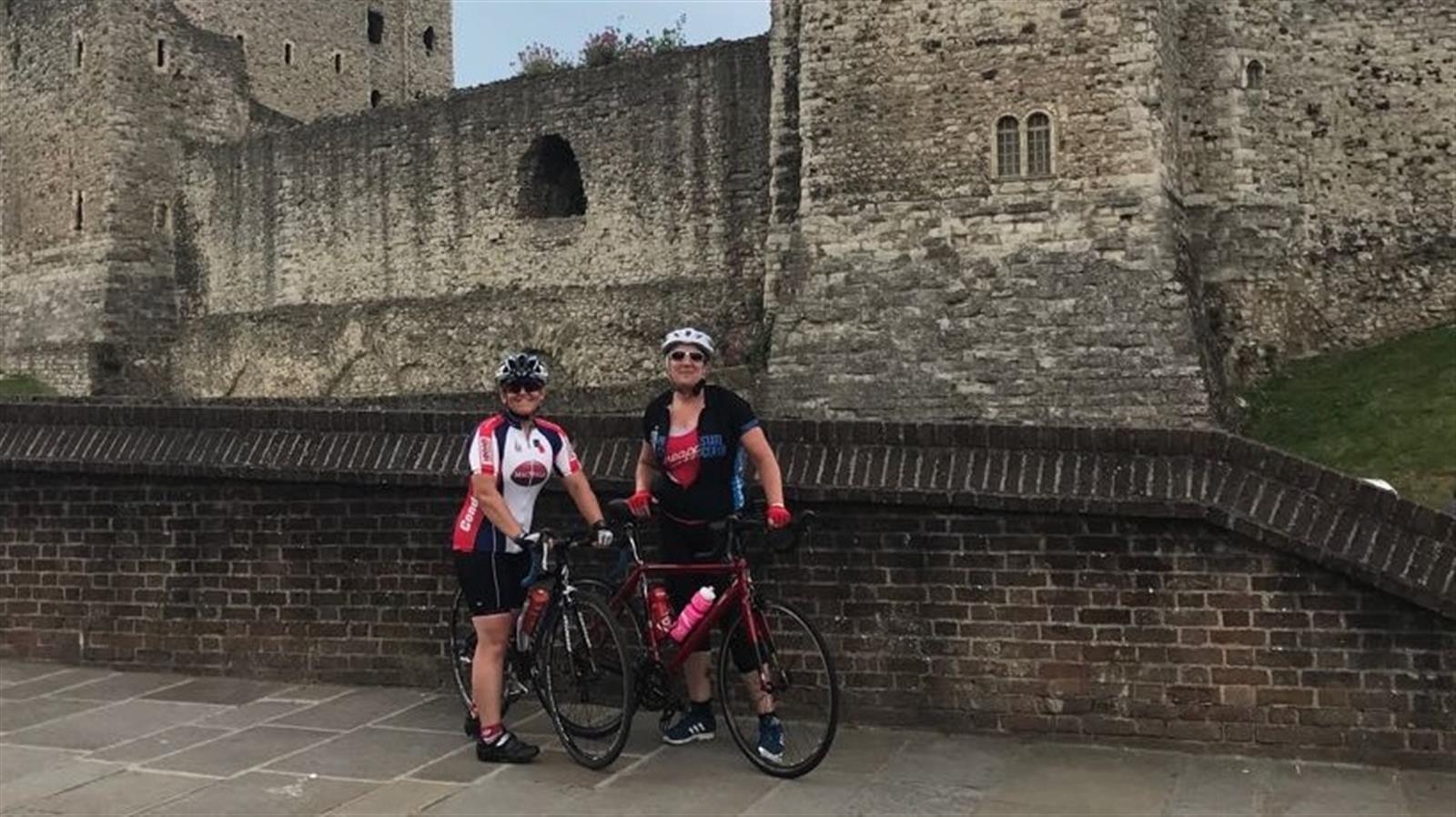 On Friday, June 9th Player Liaison Officer Tracey Leaburn will be part of the Charlton team cycling 146 miles from London to Amsterdam to raise money and awareness for Prostate Cancer UK.

In the second instalment of her training blog, Tracey, the wife of Charlton legend Carl Leaburn, talks about an accident that left her on a car’s bonnet, sadle sore and a catch-up with former Charlton player Garth Crooks

It’s scary, only a week to go. I am as ready as I’ll ever be, I just hope that’s enough.

I had my first major case of saddle sore last week, blimey, now I know what that means! I was walking like John Wayne. I had to ring up Carl, who was at the FA Cup Final, and ask him to pick-up some Sudocrem and Vaseline on the way home.

He was like “What?” but he was really good and got it. I’ve now changed my seat and had the bike adjusted again and the people at Eltham Velos have been really helpful with all the advice they’ve given me, so it’s helped a lot in making things a bit more comfortable.

Since then I’ve been to Rochester which is lovely. I went with my new friend Sandra. It was a 25 mile cycle to Rochester, where we saw the castle and it’s another 35 miles from there to get home.

Sandra had a day off and offered to come out and take me on a 60 miler. We found some really nice cycle rides and it felt safer being off the roads, a bit more protected, which was just as well as I had a little bit of trouble earlier in the week.

I’d arranged to meet Garth Crooks for a drink and a sponsorship. I’ve known him since I met Carl, he’s best friends with my husband and godfather to our kids so I arranged to meet with him over in Barnes.

I set off and literally a mile from my house a car pulled out in front of me. I was going straight down the hill and he came out from a side road. So I put my breaks on as I wasn’t sure he was going to notice and I stopped right in front of his car and he just carried on pulling out, so I landed on his bonnet but I didn’t get hurt, it’s just scary.

If it wasn’t for the fact that I’d arranged to meet Garth I would have probably gone back home. I think the guy had more of a shock than me seeing me literally sat on his bonnet.

Garth was lovely, he actually didn’t want me to cycle back when I told him what happened on my way there. He said he’d give me the money not to cycle to meet him but I was always going.

We went for a drink in Barnes in a pub. He said “I’m having a wine, would you like a soft drink?” and I said “No, I’m having an alchopop after that”. It was lovely to catch-up with him and then cycle back home.

I went out with the Eltham Velos on Sunday and that was 35 miles. I’ve got a few more meet, drink and a sponsorships this week, so I’m just trying to get out as much as I can on the bike.

I’d like to thank everyone for their support and interest and of course their sponsorship.

I am over my initial target but it is a great cause, that is very close to my heart, so if you want to sponsor don’t let my target put you off.

Tracey and her Addicks teammates all have just giving pages and fans can show their support for them by clicking here.