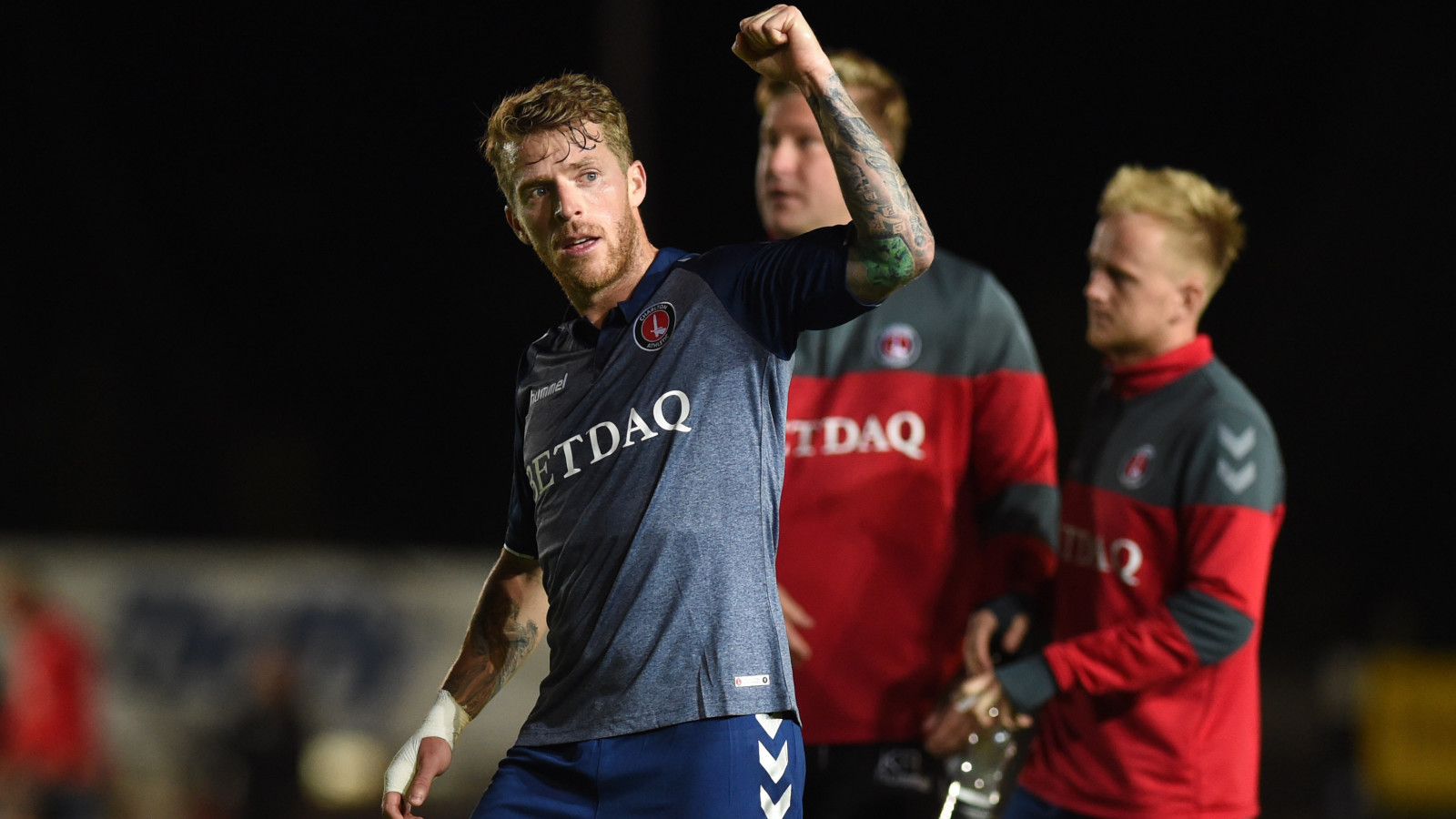 Billy Clarke has enjoyed an impressive start to his Charlton career and he is intent on continuing the feel-good factor of his first couple of months at The Valley.

The Irishman put in a tireless performance in the Addicks’ opening-day victory against Bristol Rovers and on Tuesday night his introduction from the bench proved pivotal as they came from behind to beat Exeter City.

On Saturday, they head to Plymouth Argyle and Clarke hopes that his side will be able to collect another three points.

“Winning breeds winning, a happy group and a happy club,” he said. “As much as it builds momentum, it also becomes a habit.

“It is obviously early in the season but we are delighted to have two wins from two and now we can prepare for Saturday.

“Promotion is our ultimate goal this season. It’s a long old slog of a season and we have got plenty of ups and downs to come.

“I’ve loved my time here so far. Every one of the staff have helped me to settle down, from moving into a house to the playing staff. I’m really happy.”

Clarke scored his first goal in Tuesday’s victory at Exeter City and he was delighted to get off the mark for his new club.

He said: “I’m not exactly a prolific striker so any goal I will claim. It’s always good to score and I’m over the moon.

“I thought we played well on the night. Watching on the sides, I thought we looked good at the start and the win is what we deserved in the end.

“We went down to 10 men but I thought we were comfortable and overall I thought we more than deserved the win.”

Clarke's full interview is available to watch on Valley Pass