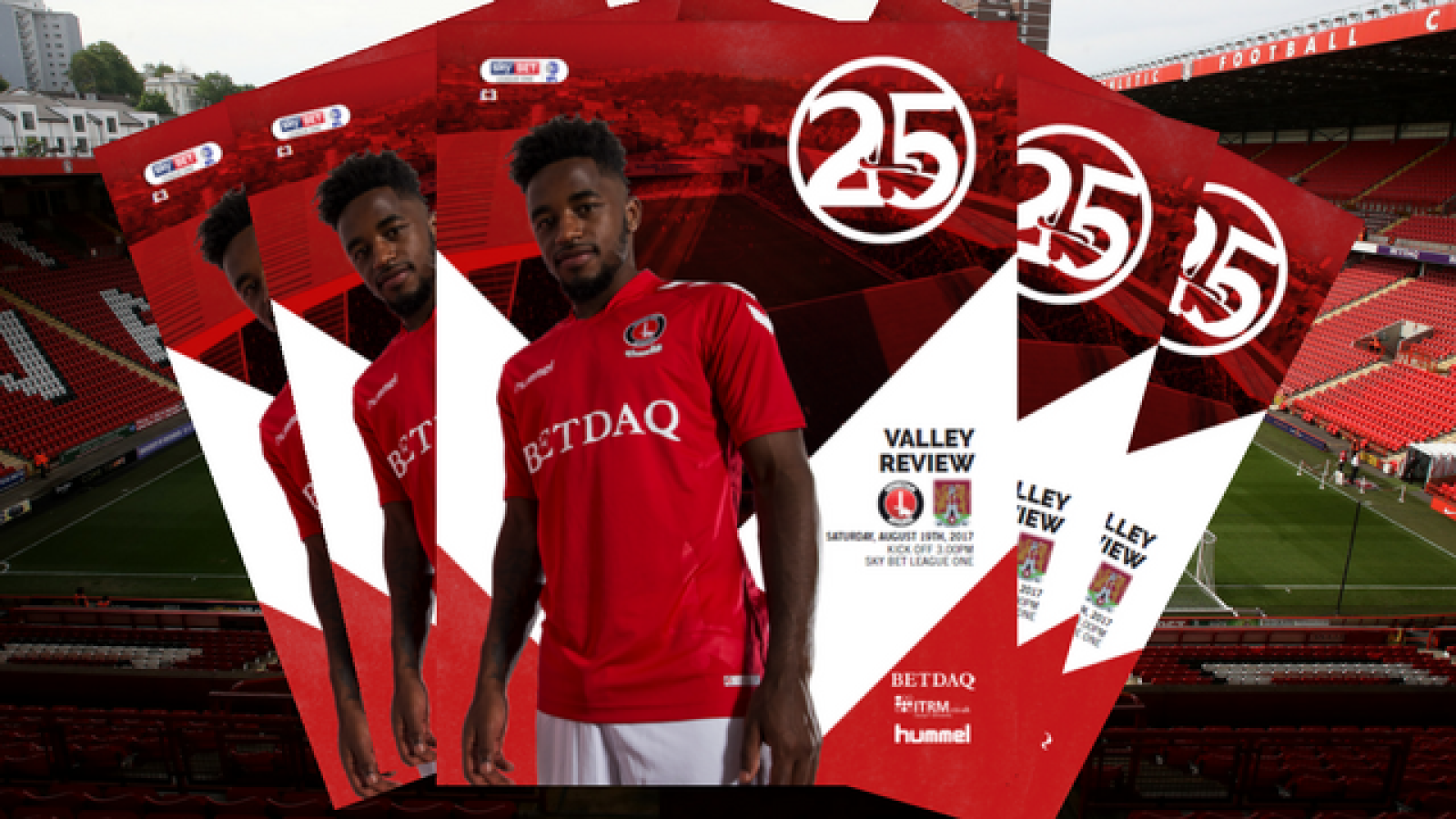 After an eye-catching debut against Bristol Rovers on opening day, the 21-year old discusses his decision to leave Reading for The Valley, testing himself in League One and his wish to get the crowd on their feet.

Elsewhere, Karl Robinson pens his latest Manager’s notes in which he reflects on both the victory over Rovers and last week’s disappointment at Plymouth Argyle, while the Back at The Valley features continue to look back at the best moments in SE7 over the last 25 years.

The latest issue reminisces about the 4-0 victory over Manchester City in 2000, while John Robinson is the next featured player in Valley Heroes.

All the latest academy action is rounded up with reports from both the U18s’ and U23s’ opening games of the season and there’s a look ahead to the start of Charlton’s Women’s team’s league campaign on Sunday, while Fosu features as the pullout poster.