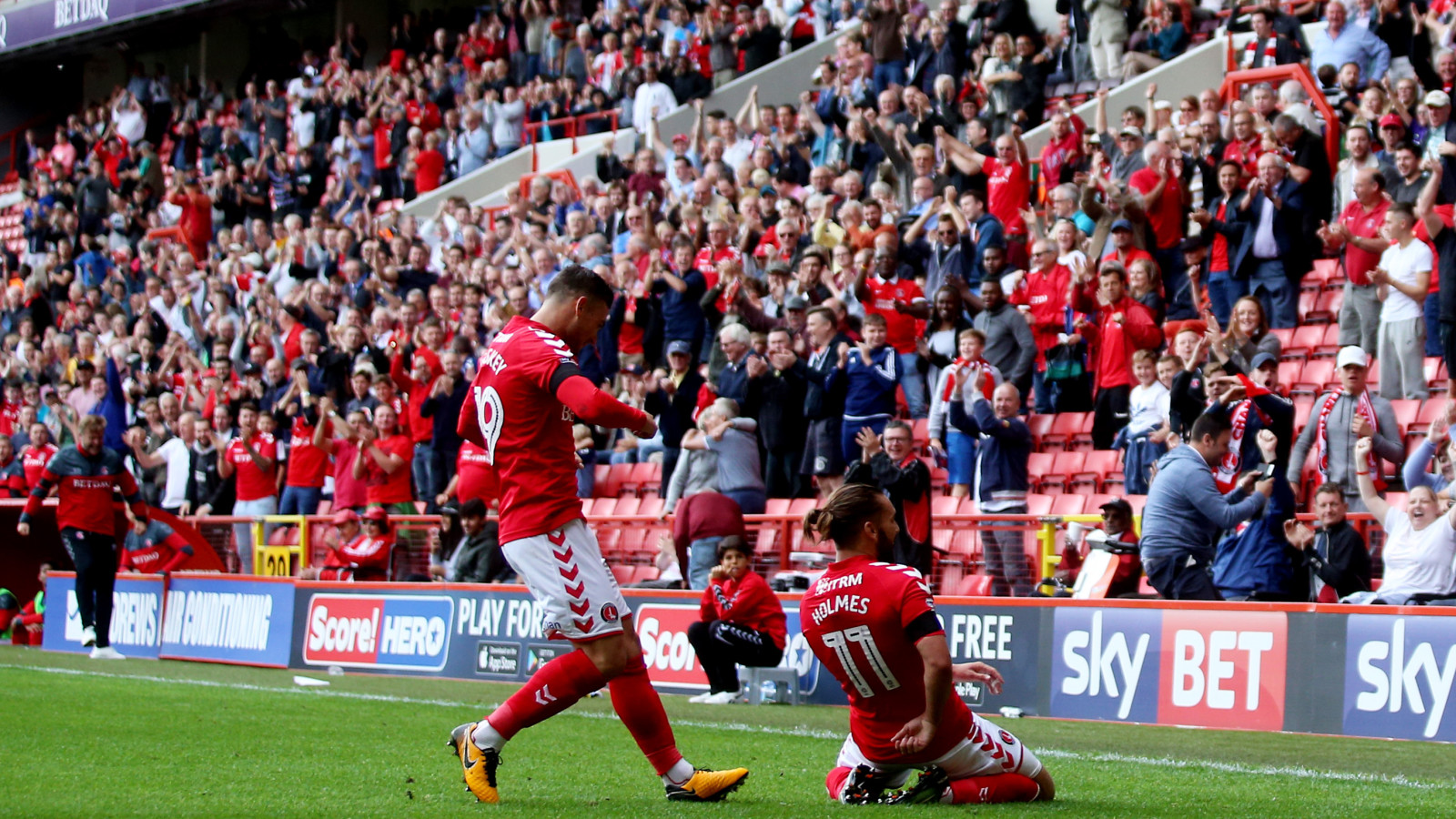 The Addicks secured a second win of the season with a 4-1 toppling of Northampton Town at The Valley on Family Fun Day.

Josh Magennis, who signed a new contract with the club yesterday, gave Charlton an early lead and Ricky Holmes netted against his former team before two stoppage time goals from Jake Forster-Caskey sealed a nervy but well deserved victory.

Magennis put the home side ahead in just the second minute. Holmes skipped past his defender and crossed from the touchline on the left. His cross sat-up perfectly for the Northern Ireland international who powered past his defender to get to the ball first with an equally powerful header that gave David Cornell in the visitors goal no chance.

The home side weren’t going to let the momentum go and just a minute later Holmes collected in midfield, ran at his defender and shot from range. Cornell palmed to safety but the rebound squirmed out for a corner with Magennis breathing down the goalkeeper’s neck.

Northampton’s first chance came for Marc Richards, a late replacement in the starting lineup after an injury to Chris Long in the warm-up. He got in behind Jason Pearce but his shot across the goal was saved well by Ben Amos.

Amos had a good first half, he saved well from Ash Taylor in the 23rd minute before a brave double save on the 39th minute kept Charlton’s lead, he had less to do in the second half. At the other end Tariqe Fosu could have doubled the Addicks lead in the 32nd minute. Billy Clarke won the ball in the Charlton half and found Holmes on the counter attack. The former Northampton man drew in the defenders and played in Fosu who dragged just wide of the post.

Substitute Brendan Moloney headed wide a glorious opportunity for Northampton at the start of the second half and from there Charlton really took control of the game with Clarke and Holmes linking up particularly well.

Magennis could have doubled his tally shortly after the restart when Fosu’s curled effort was palmed straight into the path of the striker but he couldn’t quite keep his effort down.

The Charlton onslaught continued and minutes after being denied a goalscoring opportunity by what looked like and incorrect flag, Holmes scored. He and Clarke linked up superbly down the right and Clarke laid on for Holmes who smashed a shot past Cornell with his left-foot from just inside the area.

The Addicks continued to play their football and between the 60th and 70th minutes had three chances to make it 3-0. Magennis headed wide a Forster-Caskey corner, dragged a shot wide from Fosu and unselfishly tried passing to Forster-Caskey when he maybe could have shot after some fantastic work down the left from Clarke. Jay Dasilva had one fantastic individual run but wasn’t able to convert a difficult chance.

The pressure mounted but with just over 10 minutes to go Northampton scored against the run of play to set up a nervy finish. A deep cross from Charlton’s left was directed towards the back post and knocked down for Richards who finished from close range to make it 2-1.

In the 89th minute the Addicks should have had a penalty when Cornell brought down substitute Ezri Konsa, who just got to the ball before him.

Forster-Caskey ended the nerves though finishing with his left foot from a Konsa cut-back from the touchline to make it 3-1 in stoppage time.

The midfielder doubled his tally with a fantastic curled left-footed effort from the right corner of the area which whistled its way into the top corner of the Northampton net giving Cornell no chance to secure three points for Charlton.