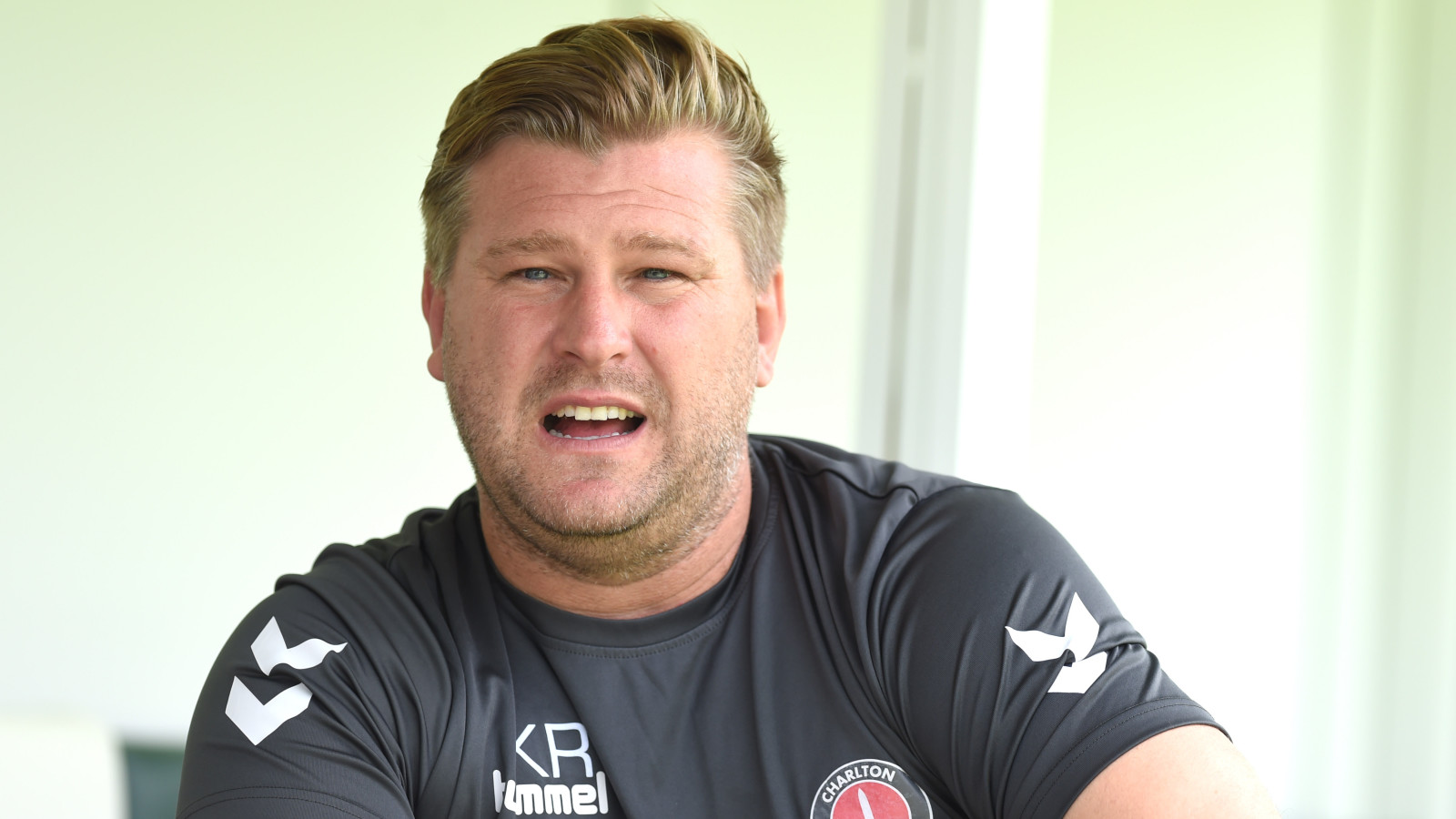 Karl Robinson addressed the media on Thursday afternoon to look ahead to Charlton’s trip to Rotherham United at the weekend.

The Millers – relegated from the Championship last season – have begun the new campaign in decent form, winning both of their home matches thus far.

And the Manager was asked about Saturday’s opposition, the fitness of two of his star men, the in-form Jake Forster-Caskey, Lee Novak and his wish to add to his squad.

A reunion with Richie Barker

“We’re going to play 4-4-2,” Robinson joked. “He knows I’ve never played 4-4-2 in 300-odd games as a manager. The hardest thing is that he knows everything about me; set-pieces for and against and everything.

“They are favourites, for me. Rotherham came down from the Championship last year and last time they played at home they scored five goals. If they came to The Valley, we’d be favourites.

“It’s important that we move forward as a team and all focus on what the job in hand is. We’re going to Rotherham to win – we’ll have to put in our best performance of the season to do so – but that is our objective.”

A Rotherham return for Jake Forster-Caskey

“Jake had to add goals to his game, otherwise he’d never become the player that we all thought he could be. He and Ahmed Kashi covered 26km between on Saturday, which is incredible.

“He played a 4-4-2 system at Rotherham that didn’t suit him. He’s in a good place now and I think he has got a point to prove. He hasn’t said that by I know he’ll want to.”

A deserved goal for Lee Novak

“I thought Lee was excellent on Tuesday. His all-round play was excellent and hopefully he can continue that. We’ll be there to support him.

“No-one can ever question his work ethic, we just want to see him score more goals and I’m sure he will. I was over the moon for him and Josh to score this week.

“Those two on their day are as difficult for defenders to deal with as anyone in this league but I just want more. I’m greedy, I always want more, just like fans do.”

His wish to add a frontman

“We’ve been rejected with two bids and the player’s club’s valuation goes way above what we feel is right for that player,” he said.

“I’ve been told that the ability for us to do that [to buy a striker] is there but the problem we have is that the players we want are also wanted by their clubs.

“We’re working around the clock to try and get something done but if a club does not want to sell a player then that player won’t move. It’s as simple as that.”

“Mark is five and a half weeks down the line from his injury. It’s a 12-week injury so he’s almost half way there.

"Ben Reeves will probably start on Tuesday. He’s got a running session tomorrow and we could put him in the squad for Saturday if we want.

“But for 15 minutes on the pitch or an hour’s training, the hour of training is better for him in the long run and for forthcoming games."