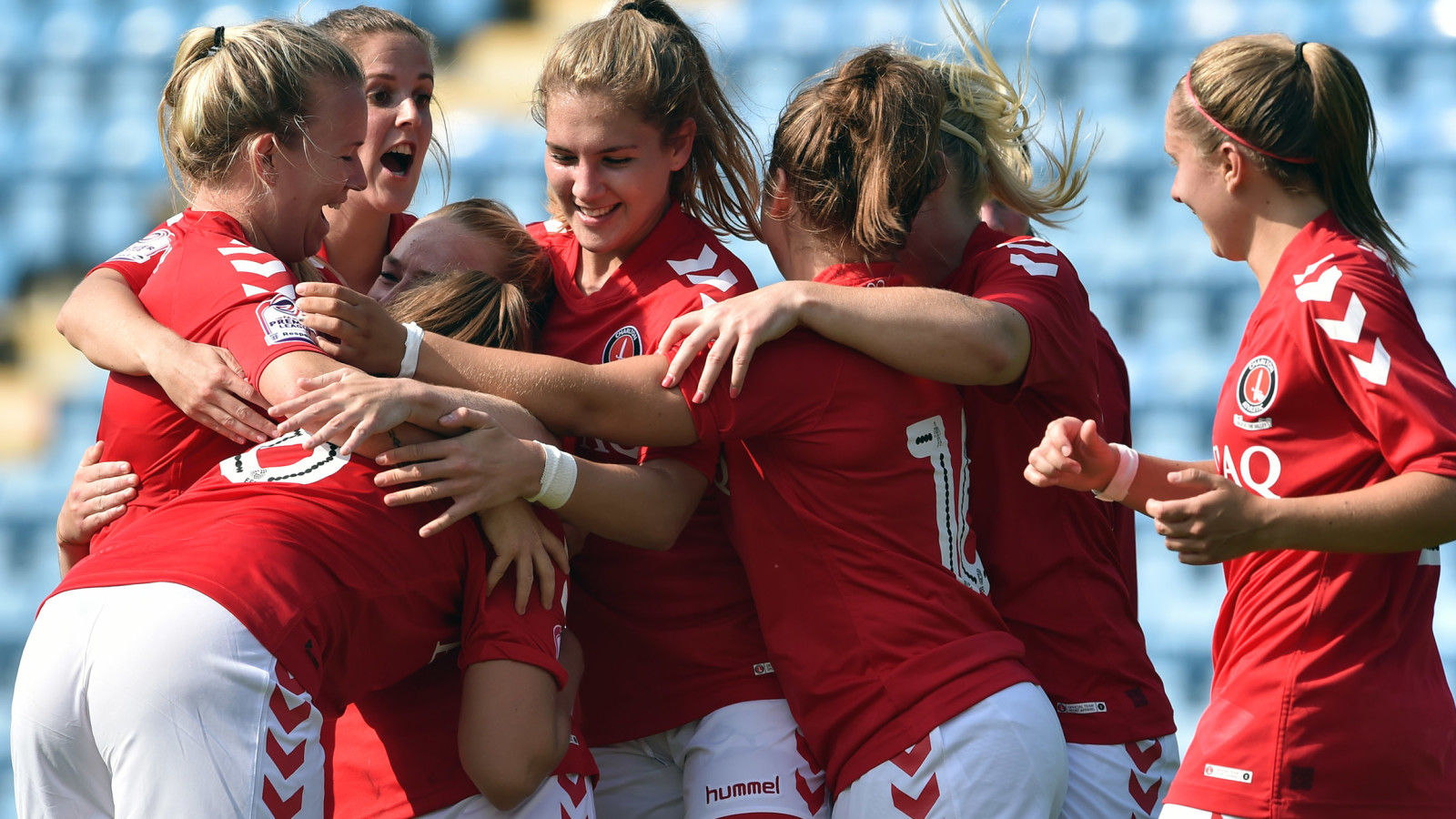 The Charlton Athletic women’s team, who have won every game so far this season, will take on West Ham United at The Valley on Wednesday, October 11th (7.45pm).

The women’s team currently sit at the top of the Women’s Premier South table, having won six matches in a row.

This will be the fourth game the women’s team have played at The Valley in recent years. The team are part of the club’s five-year kit partnership with hummel and use the club’s training ground for all training sessions from the women’s first team to junior ages.

Charlton women’s team chairman Stephen King said: “We’re looking forward to being back at The Valley, it has been a successful stadium for us in recent years and we hope that form will continue.

“The games are a great experience for our players and give us the opportunity to raise further funds for the club. We’re hoping to see a strong Charlton turnout on October 11th.”

“We played Portsmouth there in January and won 5-0 in front of a good home crowd and it would be good to at least match that crowd for what will be an important London derby.

“There is definitely a special feel for the team playing at The Valley and we’ll want to put on a strong performance in front of our home fans.”

Charlton Athletic CEO Katrien Meire said: “Our women’s team are a big part of the Charlton family and, with women’s football becoming increasingly popular in this country, we are very excited to be welcoming them back to The Valley.

“I was at the game in January when they beat Portsmouth. I was really pleased to see the enthusiasm in the crowd that day and hopefully they can record another big win at The Valley in October.

“As well as this, we are also looking forward to our dedicated ‘Women’s Day’ matchday when the men’s team play Peterborough on October 7th.”

Tickets for the game go on-sale tomorrow morning at 9am and can be purchased from here for just £5 for adults and £2 for juniors and concessions. Season ticket holders and Valley Gold members tickets are priced at just £2.

Ahead of the game on October 11th, the club and the Charlton women’s team will host Women’s Day at The Valley on October 7th when the Addicks host Peterborough United.

As part of a host of activities on the day, representatives from the women’s team will be offering coaching hints and tips in the club’s Family Activity Zone, and a member of the team will take on the Valley Gold Crossbar Challenge at half-time.

More information around the game will be announced in due course.