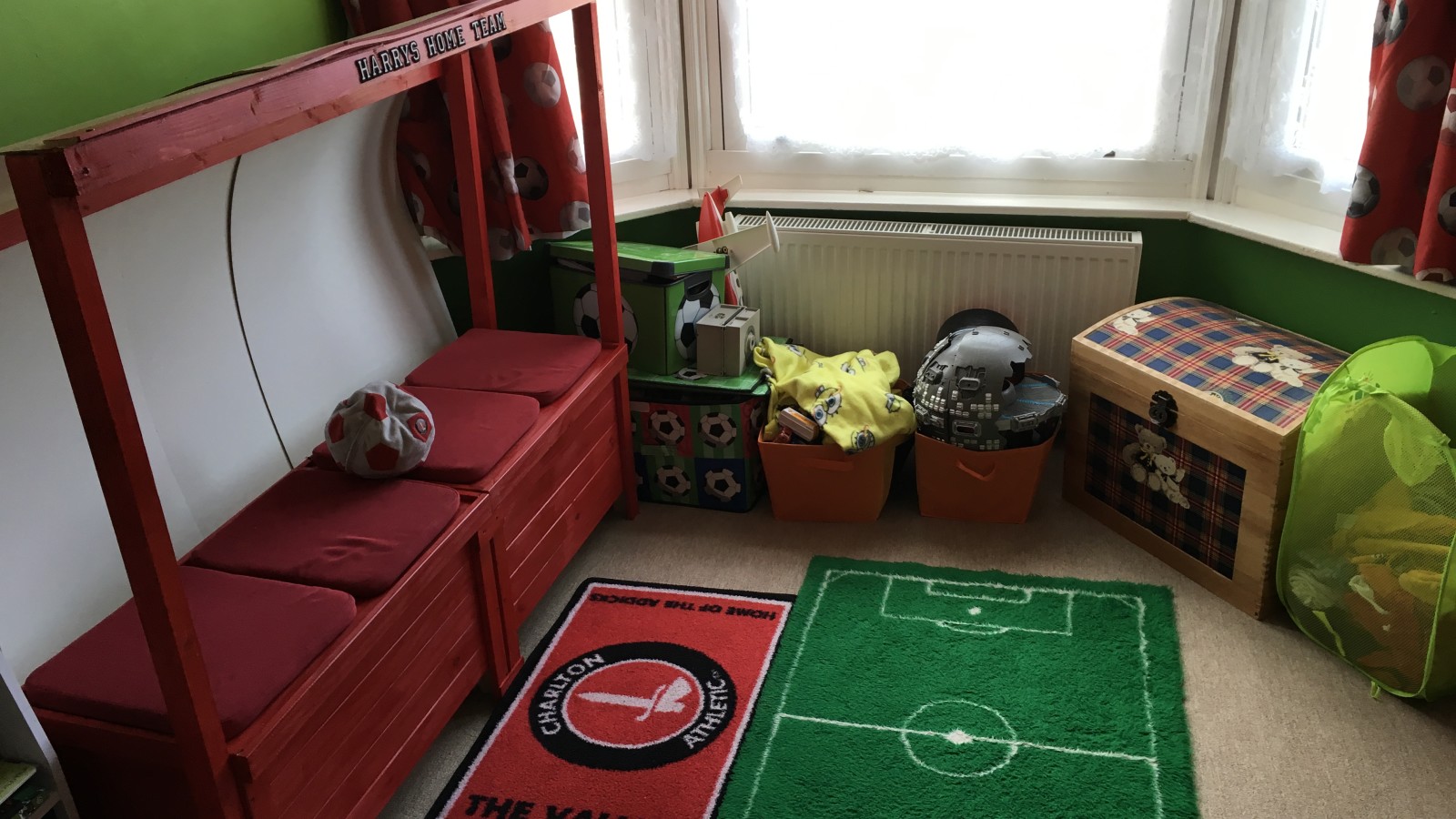 Not many can claim to have supported Charlton for as long as the Barton family.

The Margate residents are able to boast five generations worth of support and in 1919 they also helped to dig out an old chalk pit in south-east London that, of course, we now all know as The Valley.

Three years ago, the family’s father, Adam, introduced his youngest son Harry to their tradition by purchasing his first season ticket. Since then, seven-year-old Harry has been hooked on the Addicks.

In fact, Harry is so into Charlton that he has his very own part of The Valley in his bedroom.

As well as his room being coated in our traditional red and white colours, it also sports a dugout that Adam built himself.

And he says that son Harry is eager to add more Charlton-themed features to his already enviable bedroom.

Adam said: “Harry wants a football tunnel as well as the dugout, which I made through sticking some wood and a couple of ottamans together, and then painting them red.

“It goes with his wardrobe, which he has turned into a kit locker, and it has made his room perfect for any football mad seven-year-old!

“Harry likes to sit in his dugout and bark orders. He’s got his own goal that he likes to a kick a ball around in too.

“He’s got his signed pictures of Jordan Cousins, along with a load of signatures he got for his birthday one year, and as well as that he has some medals and trophies I won when playing, which I’ve passed on for decoration, as otherwise they’d be in the loft.”

The Barton family’s love for Charlton stretches right the way to the club’s formation in 1905. As well as supporting the club for five generations, they have also had a family member represent the Addicks.

Adam said: “My great-grandfather played for the club in the amateur years. He worked for Siemens out of Woolwich which meant he avoided the First World War because he was needed at home.

“He helped dig out The Valley and Charlton has been embedded in us since. My grandfather would have seen him - my great-grandfather – play.

“Then it passed down through fathers and uncles. Now we’ve got the next generation going along, and long may it continue.

“It works out as about 550-600 years combined of people in our family supporting the club. When the say it’s in your blood, it really is in your blood.”