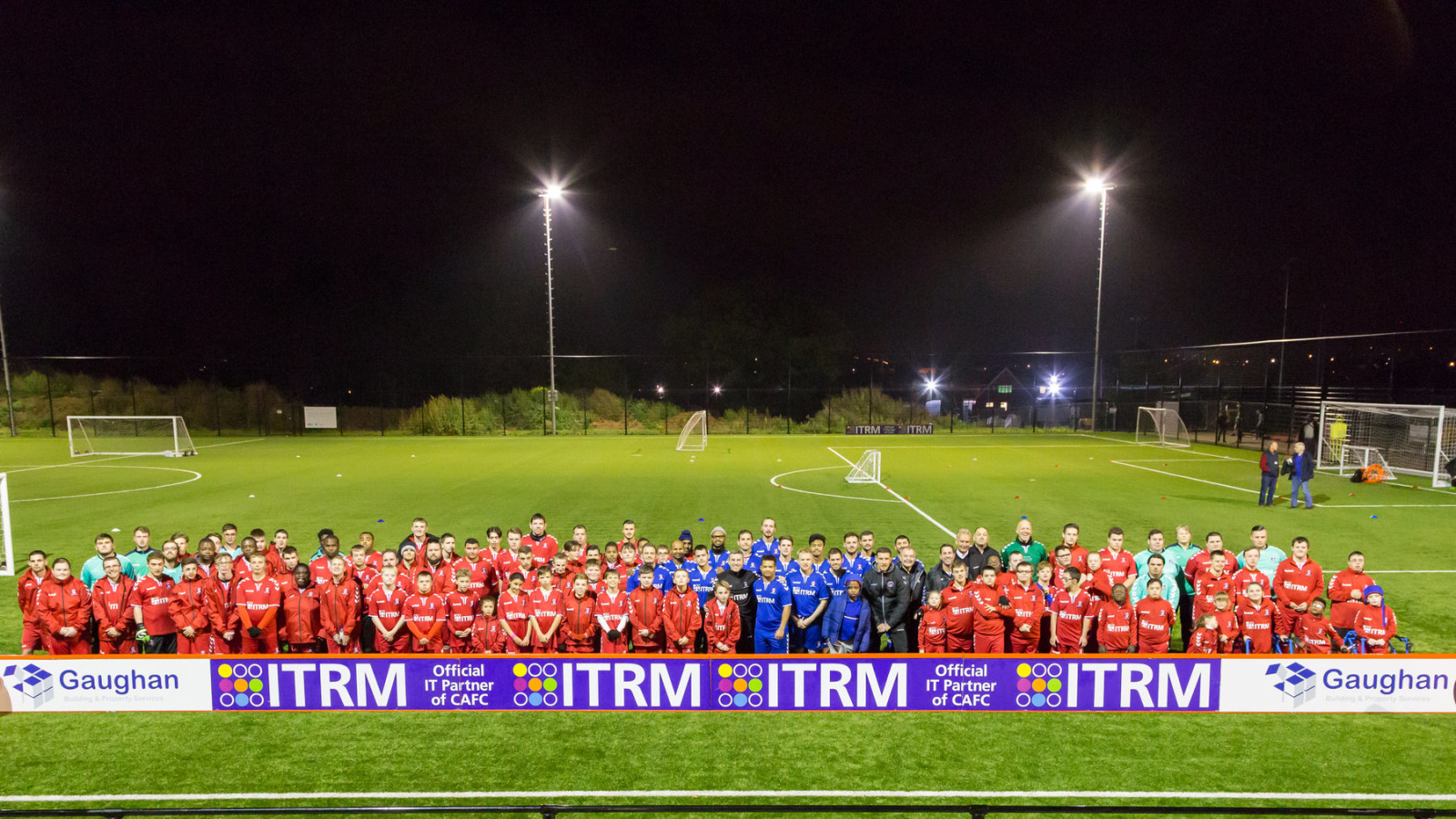 The event was attended by Charlton Athletic centre-back Jason Pearce, who met players from all the disability football teams, posed for photographs and watched the games taking place.

He said: “It’s been great to come and watch to support the different disability teams that are here.

“I think it’s brilliant giving everyone equal opportunity: girls, boys, men, women, different disabilities, it’s good to give everyone a chance, and the amount of people who showed up was brilliant!”

All teams at the event benefited from the Club’s deal with kit supplier hummel, which involved contributions towards official gear for each of CACT’s disability teams.

Neil Friar, Chairman of the Elite Group, representing hummel, said: “We’re very pleased to see all of the various teams at the event playing in the hummel brand.

“We feel that supporting events like this is by far the best way to interact with all age groups and all genders.”

ITRM Managing Director Dave White said: “ITRM are very proud to sponsor CACT, and I hope this continues for very many years.

“I feel our two organisations are aligned because their values are similar, and seeing all these people of all different ages, disabilities and abilities is so special. The scale of this tonight is incredible!”

Speaking at the event, CACT Chief Executive Jason Morgan said: “I’m immensely proud of the association we’ve got with all the disability teams, and it’s nice to see everyone in hummel kit tonight, which we’re ever so grateful for.

“To be included in the kit deal with the Club and hummel and get the level of support we have got, which means we can give away some kits for free out of an allowance, is great!”

Keith said:“It’s terrific to see the joy the players have coming here, the comradeship they have between their teams and the excitement even before a ball was kicked.”