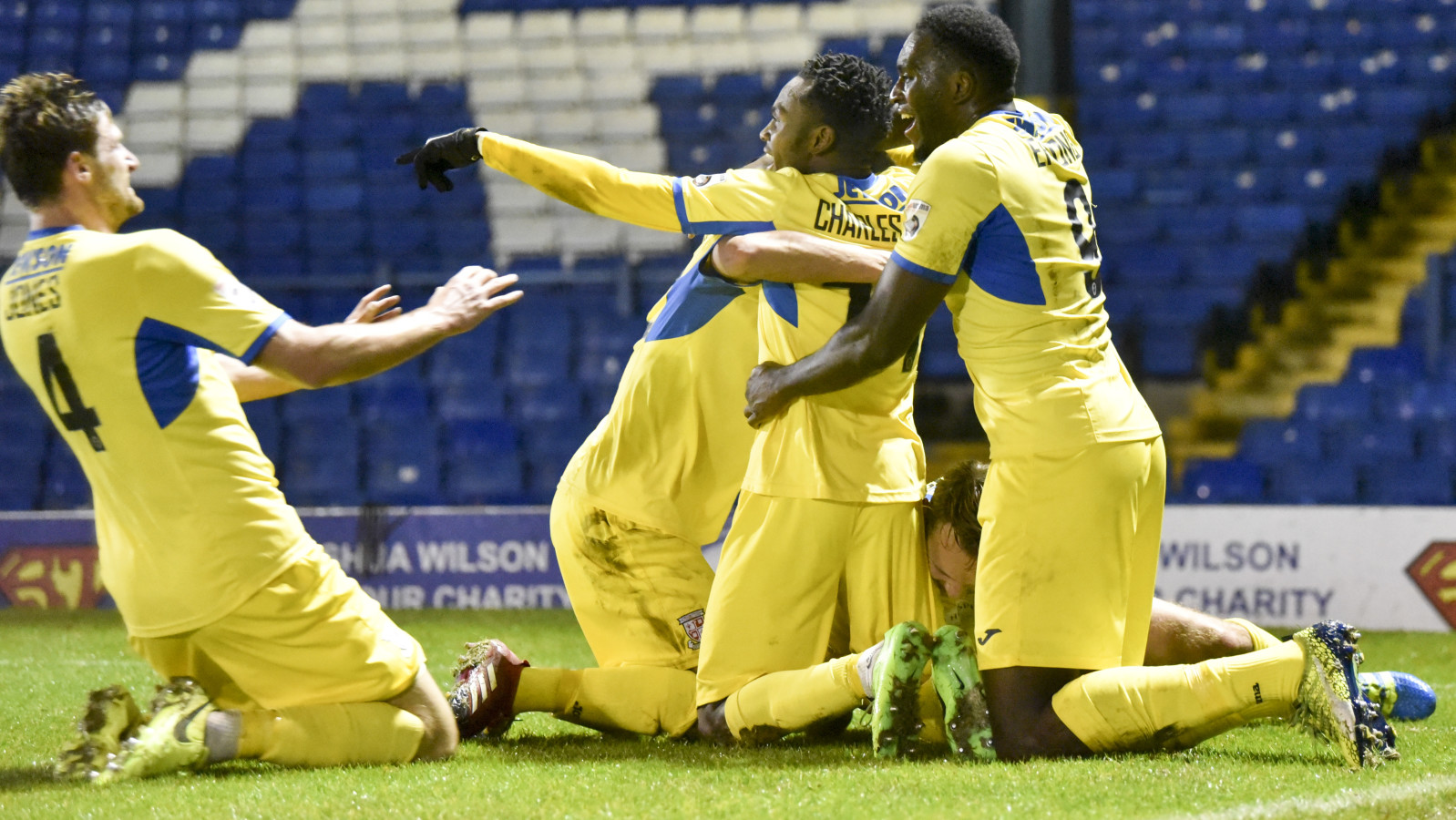 Charles-Cook found the net when he turned in a low cross from Joe Ward, within the first half hour of the game and the visitors went on to win 3-0.

The goal - the fifth of his loan spell at The Cards - was his first in the FA cup and helped set up a second-round tie against the winner of the replay between Tranmere Rovers and Peterborough United.

The 20-year-old will be looking to add to his goal tally this weekend when Woking host Maidenhead United this weekend, where a win could take them into the play-off places in the National League.

Meanwhile, Brandon Hanlan will be looking to find the back of the net again this weekend, when Colchester host Morecambe at the Western Homes Community Stadium.

Hanlan started in the U’s last league game, a 1-0 win over Barnet last weekend, but was substituted in the 73rd minute.

He has made 14 appearances for Colchester this season scoring two goals, with both goals coming in September.

A win this weekend could see the U’s climb higher than their current position of 10th in Sky Bet League Two.

Elsewhere, full-back Archie Edwards will be looking to pick up the first win of his loan spell with Bognor Regis this weekend.

The rocks currently sit second from bottom in the National League South, and the defender will be hoping that he can help to turn their fortunes around, starting on Saturday when they travel to face St Albans City.

Goalkeeper Jordan Beeney will be looking to make his first league start at Evo-Stik League South Premier side Farnborough.

Beeney joined The Boro on a one-month loan deal on the 10th of November, making his debut a day later in a 3-3 draw against Banbury United in the FA Trophy second qualification rounds.

This is his second loan spell of the season after making two appearances for Dartford, and he will be hoping to add many more starts this weekend with his new temporary club.

Farnborough travel to Bishops Stortford, who are one point behind them, and a win could see the Boro climb a place in the table to 16th position.