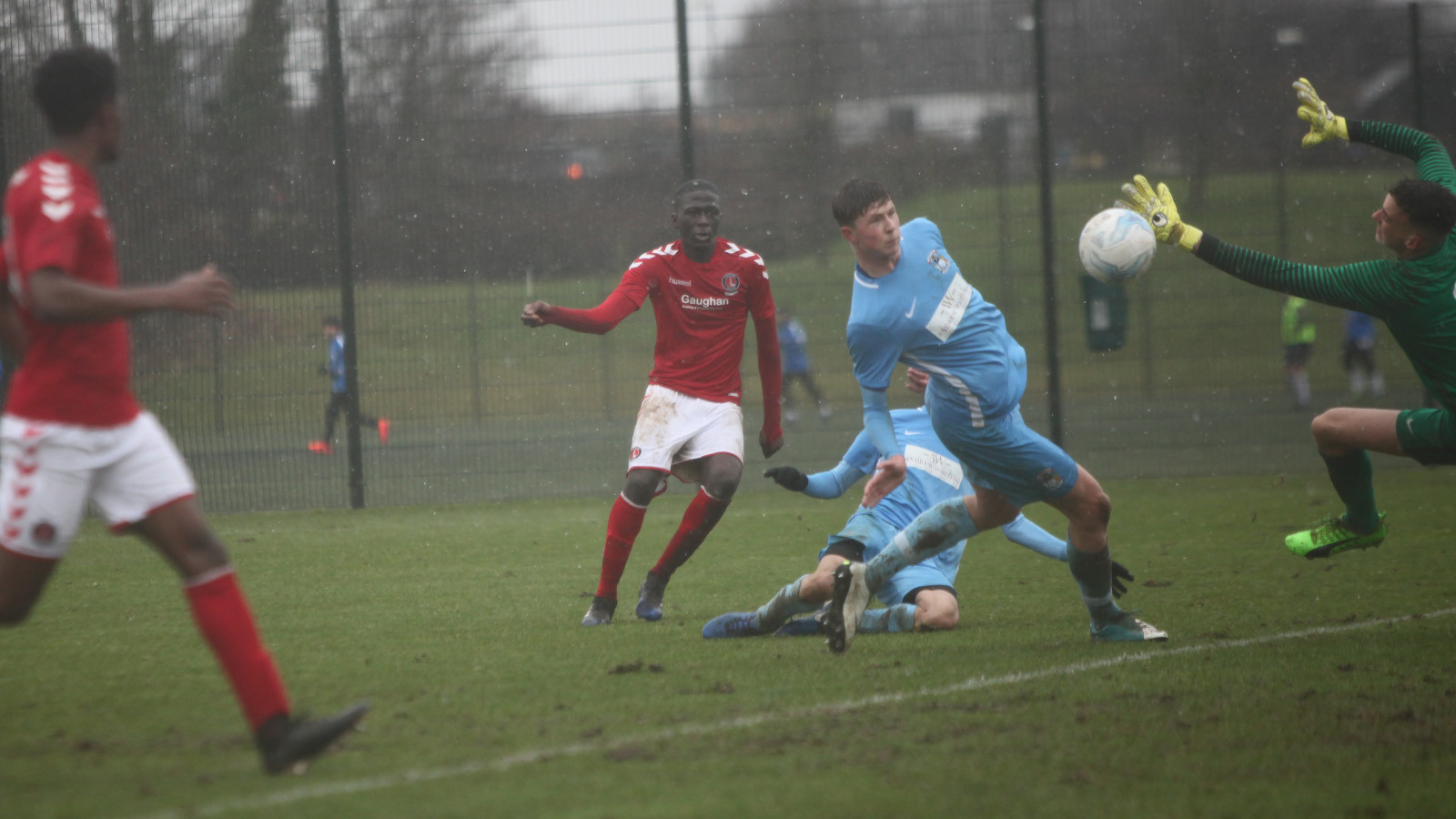 Late drama ensured Charlton's U18s were victorious over Coventry City in a 4-3 thriller on Saturday morning.

The Addicks didn't get off to the best of starts and, in the 13th minute, defender Tyrone Kirunda miss-timed his tackle in the box and brought down his opponent, which saw the referee point to the spot. Jack Burroughs subsequently opened the scoring for the hosts.

The hosts doubled the lead in the 18th minute. Burroughs once again produced a moment of quality to turn his man on the half-way line and struck an ambitious effort from 30 yards that deflected into the net, looping over Addicks goalkeeper Joe Osaghae.

The visitors started to find form and pulled one goal back in the 33rd minute. They worked the ball into the area and Luke Carey played a brilliant one-two with Alex Willis, who fired a venomous shot under the keeper to pull the score back to 2-1.

After continuing to put pressure on the hosts' back line, Brendan Sarpong-Wiredu made a fantastic run down the left flank from in his own half and skilfully-turned his opponent, curling his and strike around the goalkeeper to put the Addicks back on level terms.

James Vennings then almost gave Charlton the lead but was denied by Dylan Fixters' goal-line clearance just before the break.

Coventry displayed their resilience and regained the lead in the 63rd minute. The Charlton defence failed to clear their lines, which resulted in Tyler Johnson firing his shot into the top corner.

In the 79th minute, Sarpong-Wiredu aimed the ball long, which fell kindly for Kareem Isiaka who slotted calmly into the goal for the Addicks, leaving time for a late push for the victory.

And four minutes from time the Londoners got their winner. Willis won the ball off the Sky Blues defence and squared kindly for Sarpong-Wiredu, who placed the ball into the open net to score his second of the game and to gift the Addicks all three points.