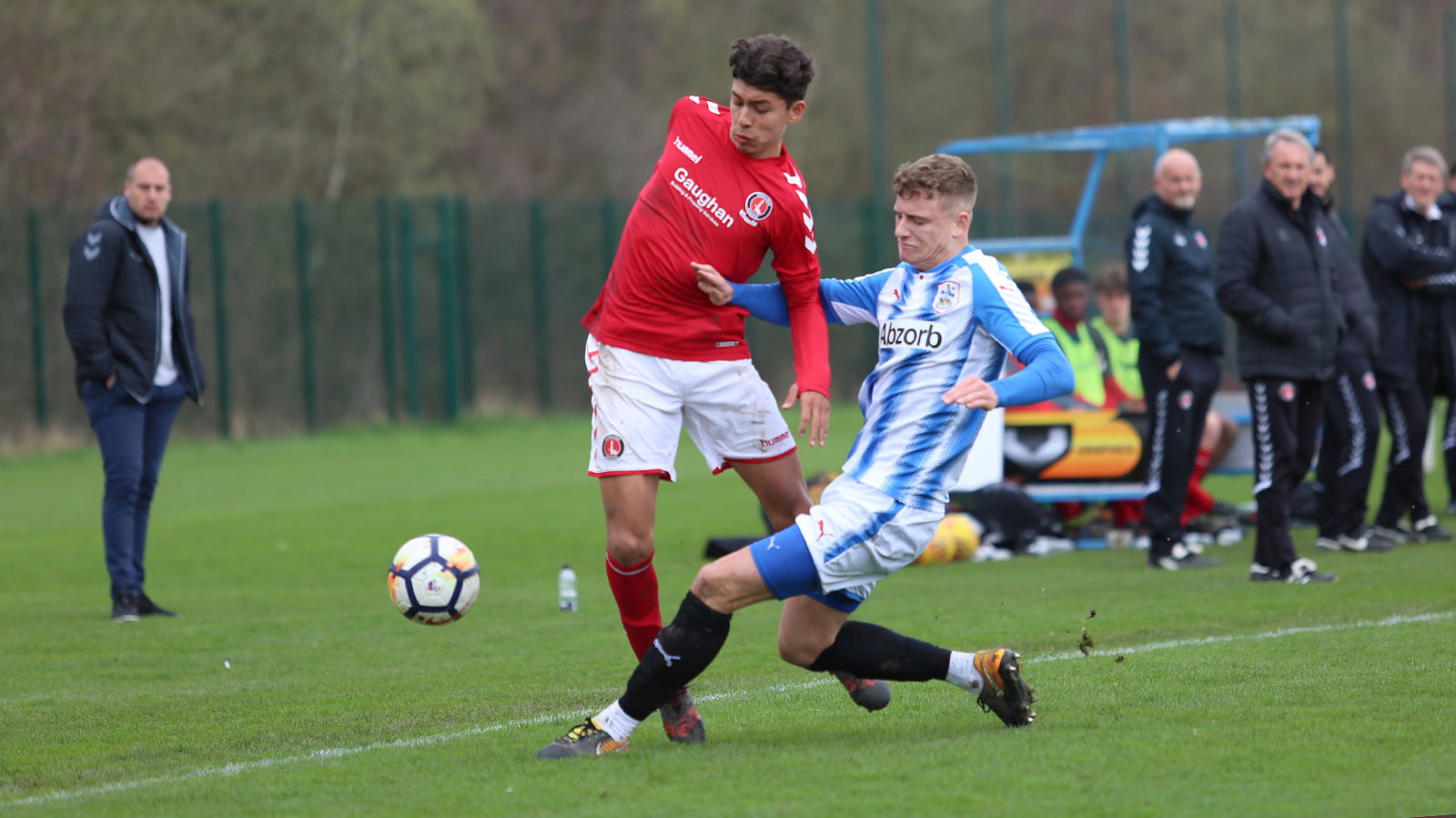 The result keeps Sergei Baltacha and Hamza Serrar’s side second in the table with just one match of the regular season remaining.

Charlton grabbed the lead on 15 minutes and in comical fashion. A short goal-kick ended back at the feet of Huddersfield’s goalkeeper and the Addicks’ Trialist striker closed him down before tackling him and diverting the ball into the net.

Sarpong-Wiredu headed home Charlton’s second just six minutes later and on 26 minutes the midfielder netted his second of the match.

He collected possession from captain Dan Birch on the left-hand side of the penalty area and side-stepped his man before firing into the corner from a tight ankle.

Sarpong-Wiredu thumped a long-range strike over the bar, as he searched for a first-half hat-trick, but it was the Terriers who would find the net next.

A dangerous low cross came into the Addicks’ box and centre-back Sam Nwosu inadvertently poked the ball past goalkeeper Ed Harvey and into his own net.

The second half was a much tighter affair but skipper Birch came close to make it four when he had a header cleared off the line from a corner.

On 87 minutes, it was four. Sarpong-Wiredu won possession in midfield, drove forward and found Powell, who made no mistake with his finish from inside the box.

Gody was introduced from the bench immediately after the goal and he would add his name to the scoresheet before the full-time whistle.

Nwosu crossed for two-goal Sarpong-Wiredu who, in turn, laid off Gody to score from 10 yards with his left foot.