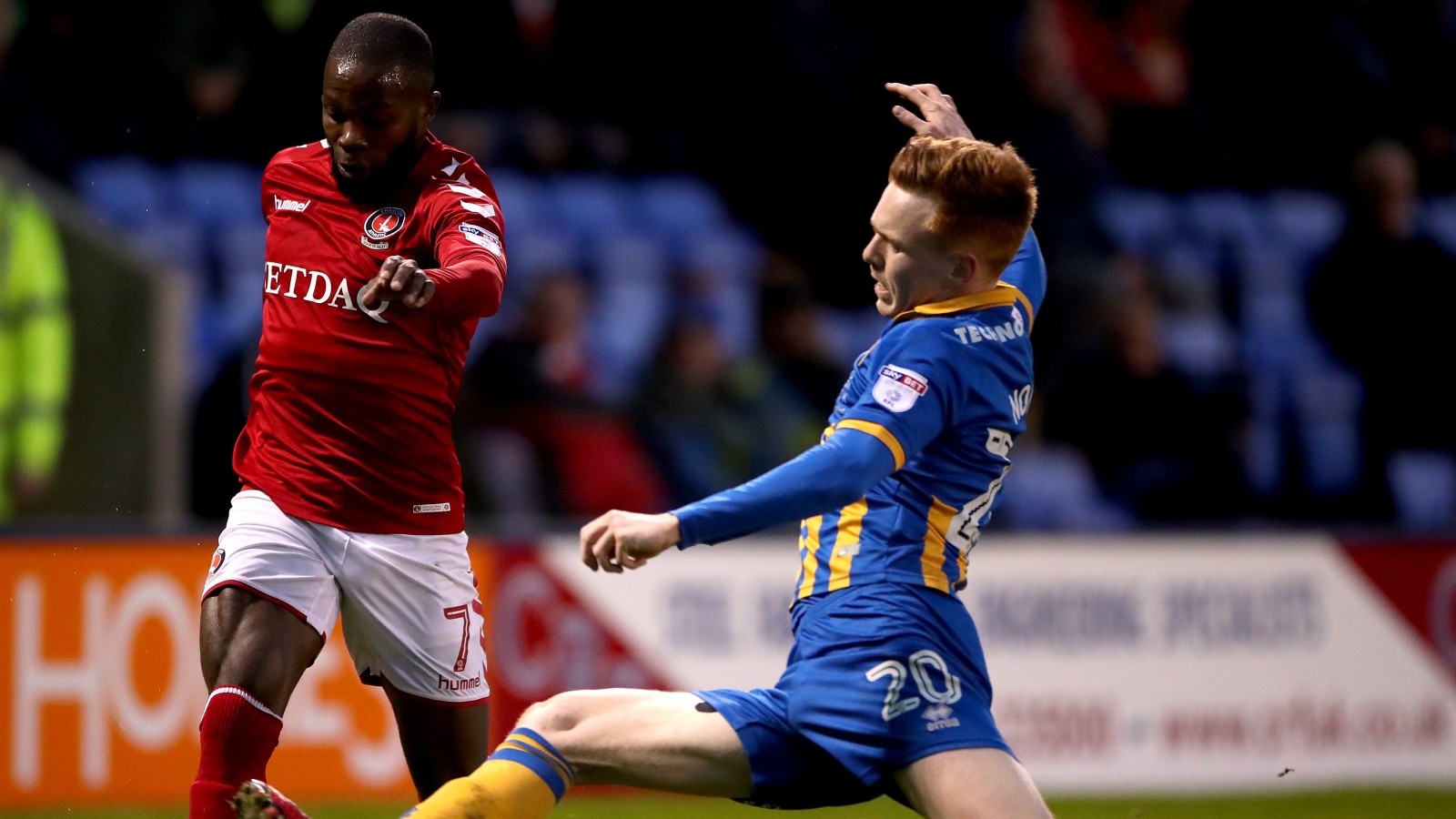 The pair both made their first starts under Bowyer in Tuesday’s victory at Shrewsbury Town, with the latter finding the net and Marshall running himself into the ground for the team.

And speaking at his pre-Portsmouth press conference on Thursday morning, Bowyer said that the pair epitomise the togetherness of the Charlton dressing room.

“Mark came in on Tuesday after being left out of the squad on Saturday and was exceptional,” Bowyer said. “I knew I would get that reaction from him.

“I don’t want anyone sulking. We are a team; we are all one. Like Mark, you could be out of the squad one week and then in the team the next; it’s about what I feel is right.

“If anyone could have had an excuse to sulk on Tuesday, it was Mark Marshall. But I didn’t see that at all. I saw him putting his body on the line and working his socks off for the team.

Magennis netted his 10th club goal of the season in Tuesday’s victory and Bowyer also hailed more than just the performance of his centre forward.

He said: “Josh is massive for the team, even if he isn’t starting. A lot goes on in the dressing room that people don’t see and he has been outstanding.

“He has been firing the lads up and after the Rotherham game he made a comment where he said ‘it was a pleasure to watch, lads’.

“For someone who isn’t playing to say that is great. It really showed the togetherness we have here.

“When Josh wasn’t playing, he could have sulked and had a negative effect around the building but he didn’t. Josh and Mark have been excellent and they are a credit to themselves.”