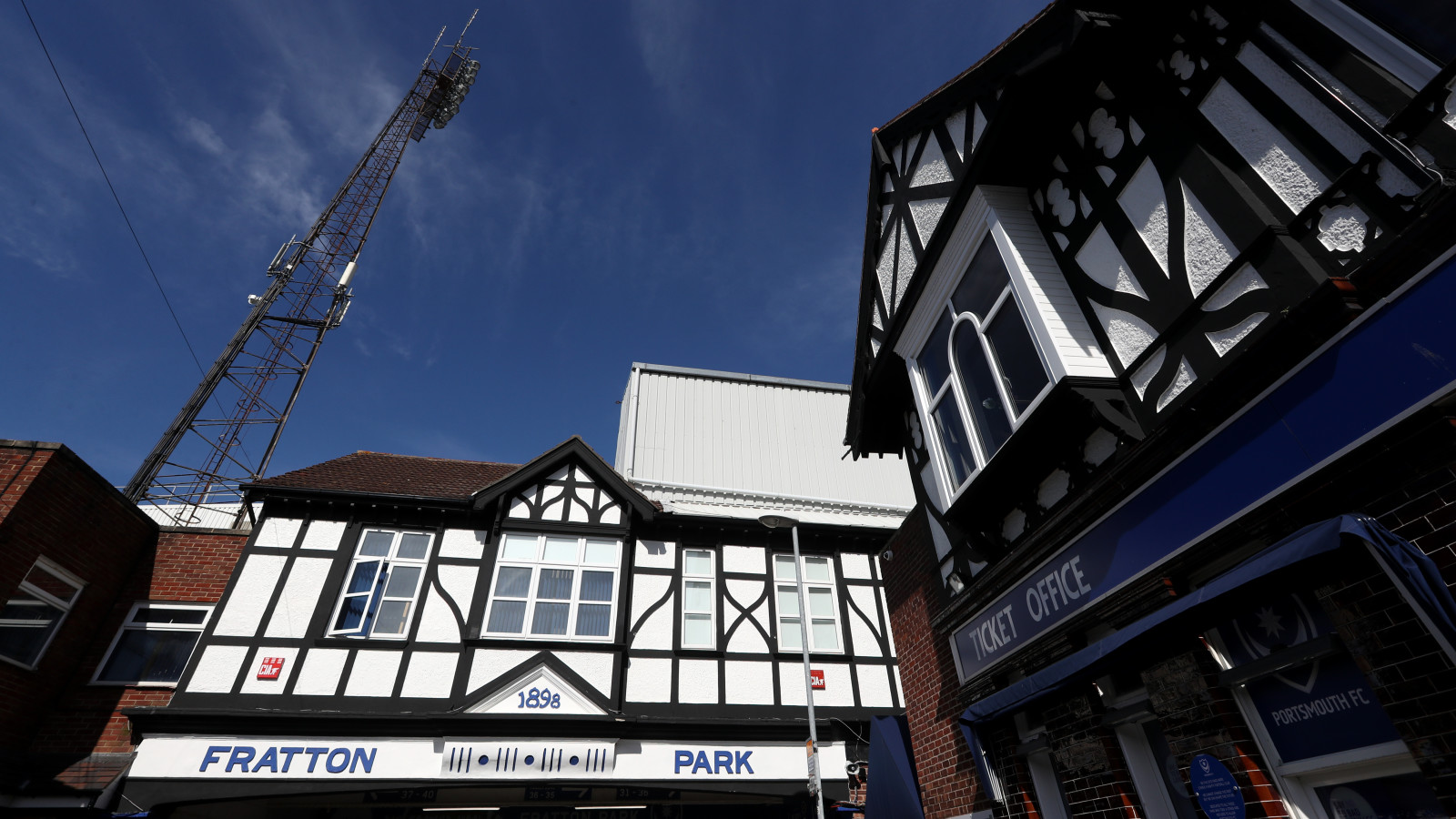 Heading down to Portsmouth on Saturday? Here's what to expect from an away day at Fratton Park...

Only single tickets remain as of Friday morning and supporters have until 1pm on Friday afternoon to purchase theirs directly from the Ticket Office. There will be no tickets available on the day.

Let's just say that Fratton Park lends itself to tradition. Typical of our luck that having being exposed to the elements at The Milton End for God knows how may years, save a couple in the main stand in the early 90s that included a quite handy winner by David Whyte, they finally put a roof on it the season after we were relegated from the Premier League, despite us winning there thanks to Amdy Faye's only goal for the Addicks, not quite in the same class but brief respite. Those that have been to the two subsequent friendlies will testify that the roof has merely provided a bit of cover, but has consequently made the view a little more obscured as it is not exactly cantilever. Just one or two poles that make it even more awkward. The seats remain the same, not a great deal of room to manoeuvre, classic install on terrace stuff. Our turnstiles are no longer on the road immediately outside the stadium, it is now a case of walking behind the stand to the opposite side of the ground via an alleyway and accessing from there, expect to be searched. From there, it is a climb up the remnants of the terrace to a narrow walkway where there are entrances to the seated area. Not parental guidance or anything but it is likely to be a bit of a free for all so if we all let common sense prevail then everyone can see the action hassle free.

No doubt many will have had parental advice, however, that you should always go to the loo before you go out, in this instance these are words of wisdom. As we look at the pitch, to the right (back down the stairs) there are toilets which aren't so bad, however at the other end there is a minuscule facility which, while has not made Time Team yet, even Baldrick would find these a bit disengaging. So in short, expect a few queues, not the finest bit of breathing space during the game and at half time - and let's remember we're all at Fratton Park with one common goal - well a couple would be even better!

This may come as no surprise, but as your mother also told you, it may be best to eat before you go out. On the right hand side is a simplistic catering facility which does the basics at the bottom of the stairs, to the left atop in glorious range of the limited lavatorial facilities is the tea bar. Food is on sale but it gets a wee bit chaotic to say the least. No great surprise, it's an alcohol and bookie-free away end.

In terms of having a bite to eat, there are a few vans in the car park and on the approach from Fratton station, along with a nice chippie, whilst Ronald and The Colonel are within close proximity. Meanwhile, those that are thirsty should probably give Fratton itself a wide berth. Nearest the ground is the Good Companion which is fine, but you are likely to find many companions. A bit further down the road going away from our end is the Shepherds Crook which is away friendly and fits the bill. No doubt a great many will aim more centrally and there is an abundance to choose from, plenty of nice places on the Hard near the sea, ditto around the main square. Have time, take your pick but a few sources have advised it's worth gauging the clientele, especially post match.

Not too bad, it's quite straightforward but with the weather predicted to be fine and Portsmouth being near the coast and the gateway to The Isle of Wight traffic may be a little heavy, sell-out Charlton crowd notwithstanding. The Post Code is PO4 8RA, take the M3 south and aim for the M27, then the A27. Leave this on to the A2030 towards Fratton and Southsea and this brings you to the ground. There is a car park there but as it is a sellout it's unlikely there will be too much room, so it's either Street parking, or one of the schools or independent car parks en route - or aim for the centre then come back by train or bus.

The closest train station is, unsurprisingly, Fratton and you can see the ground as you approach from London. Simply walk up (some more) stairs, turn left on the bridge, go down the stairs then turn left and just keep going, our end is the most distant set of floodlights. There are plenty of trains from London Waterloo, journey time below 2 hours. Some also go from Victoria but take a bit longer. Post match, there are trains from Fratton at 17.14, 17.28, 17.54, 18.08, 18.24, 18.28 and 18.54 then it evens out a bit, if coming back from Portsmouth and Southsea or Portsmouth Harbour subtract 5 to 10 minutes.