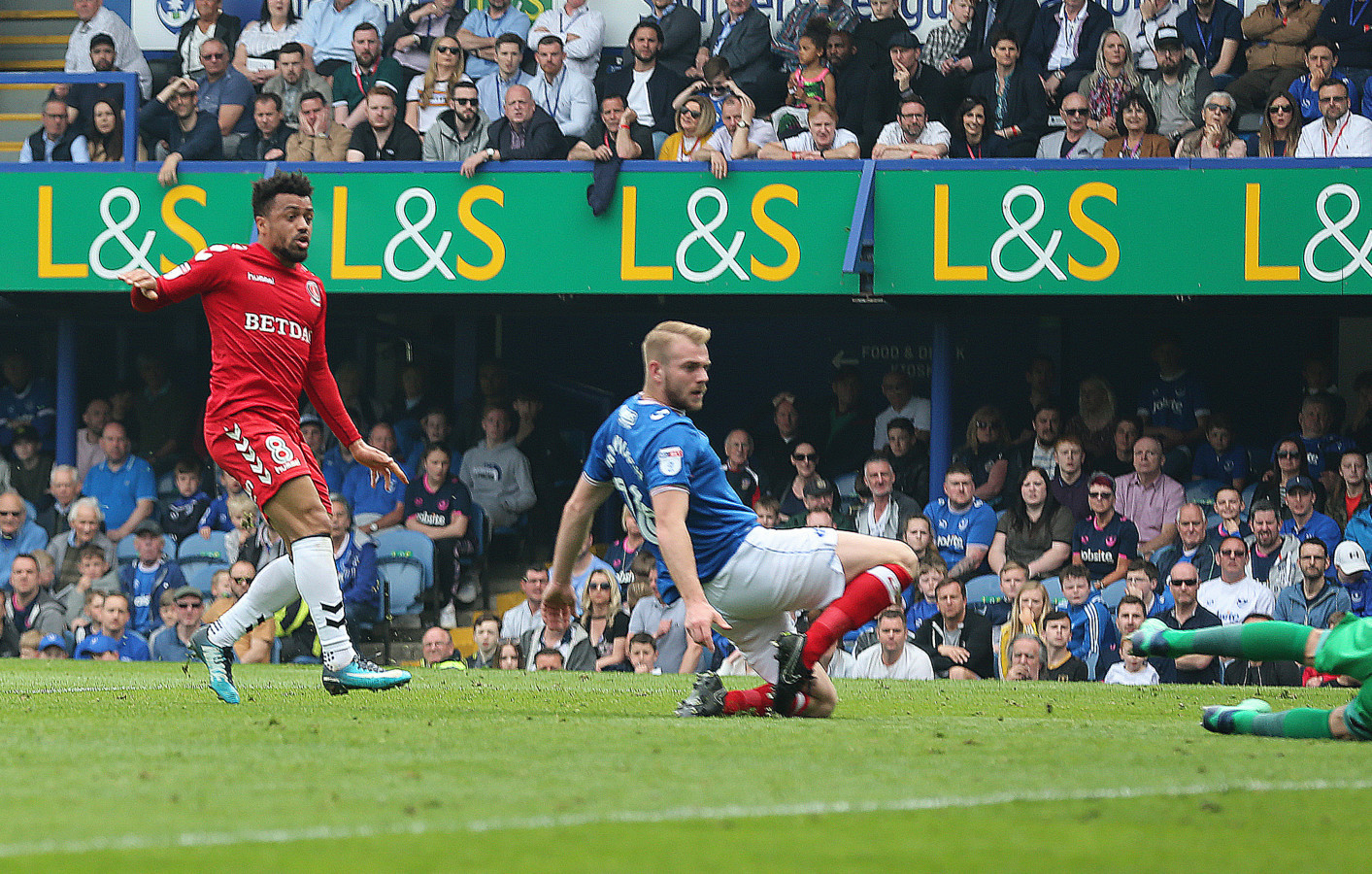 Lee Bowyer's Charlton took a big step closer to a place in this season's top six with a 1-0 away victory over play-off rivals Portsmouth.

Nicky Ajose scored his first Charlton goal of the season just before half time and the Addicks kept their fourth clean sheet under Lee Bowyer to give them a fifth win under him in his eight games in charge.

The result coupled with Plymouth Argyle losing to Northampton Town means the Addicks now sit in fifth spot, four points clear of seventh placed Argyle who do have two games in hand.

Bowyer made three changes to the side that beat Shrewsbury Town in mid-week with Ahmed Kashi making his first appearance since February and Ben Reeves and Ajose handed recalls. Mark Marshall dropped to the bench while Stephy Mavididi missed the game through injury and Anfernee Dijksteel was rested meaning Ezri Konsa moved from centre midfield to right back in a back four with Patrick Bauer, Jason Pearce and Lewis Page. Reeves, Kashi, Jake Forster-Caskey and Tariqe Fosu made up the midfield with Ajose and Josh Magennis up front.

With both teams in the hunt for play-off spot and just two points separating them it was a crucial game and the atmosphere certainly reflected that. The packed away end of nearly 2,500 Charlton fans were particularly vocal in their support throughout the game.

The Addicks edged the opening minutes with Fosu causing the most headaches to the Pompey defence but it wasn’t until just after the 20 minute mark that either keeper was tested. Forster-Caskey had the game’s first chance with a shot from the edge of the area which was deflected behind the corner. The ball came back to him from the resulting corner and the midfielder cut inside, from the right wing, onto his preferred left foot and beat Pompey keeper Luke McGee with a low drive only to see his effort cleared off the line by Nathan Thompson.

The Charlton pressure continued with Ajose consistently finding space well but not being quite able to produce a cutting final ball to find one of his teammates.

The Addicks took a 40th minute lead when Ajose again found space and this time finished superbly. A free kick from McGee went right through to Amos who gathered comfortably and waited for his forwards to get in position before clearing towards Magennis. The striker leapt early to beat Matt Clarke in the air and flick on to Ajose who made a difficult finish, on the turn with his weaker left foot, look very easy as he placed the ball past an onrushing McGee.

Amos had his first real save to make shortly afterwards when Clarke headed an outswinging free kick from the Charlton left towards the bottom corner of the goal. The goalkeeper got across his goal quickly and saved comfortably.

With Charlton controlling the first half Pompey Manager Kenny Jackett took immediate action with a double substitution at half time as Christian Burgess and Stuart O’Keefe replaced Jack Whatmourgh and Thompson.

The substitution kicked the home side into action and they began the second half with a real bite. They were nearly level when Brett Pitman headed over a 48th minute free kick from Gareth Evans.

Charlton then suffered a double injury blow with first Fosu and then Page having to be taken off and Jay Dasilva and Mark Marshall coming on, in between the two substitutions Reeves struck the post.

The Charlton substitutes took a little bit of the momentum away from Portsmouth with Marshall and Ajose both creating room well and losing their footing when in decent positions and Konsa seeing a sliced effort dip just over.

With just 10 minutes left Amos, not for the first time this season, came to the Addicks rescue diving well to his left to save from substitute Connor Ronan.

The minutes ticked down but that wasn’t to be Amos’ last work as the stopper parried over a Pitman free kick and continued to command his box from a barrage of corners and throw-ins to ensure Charlton held on to a vital three points.