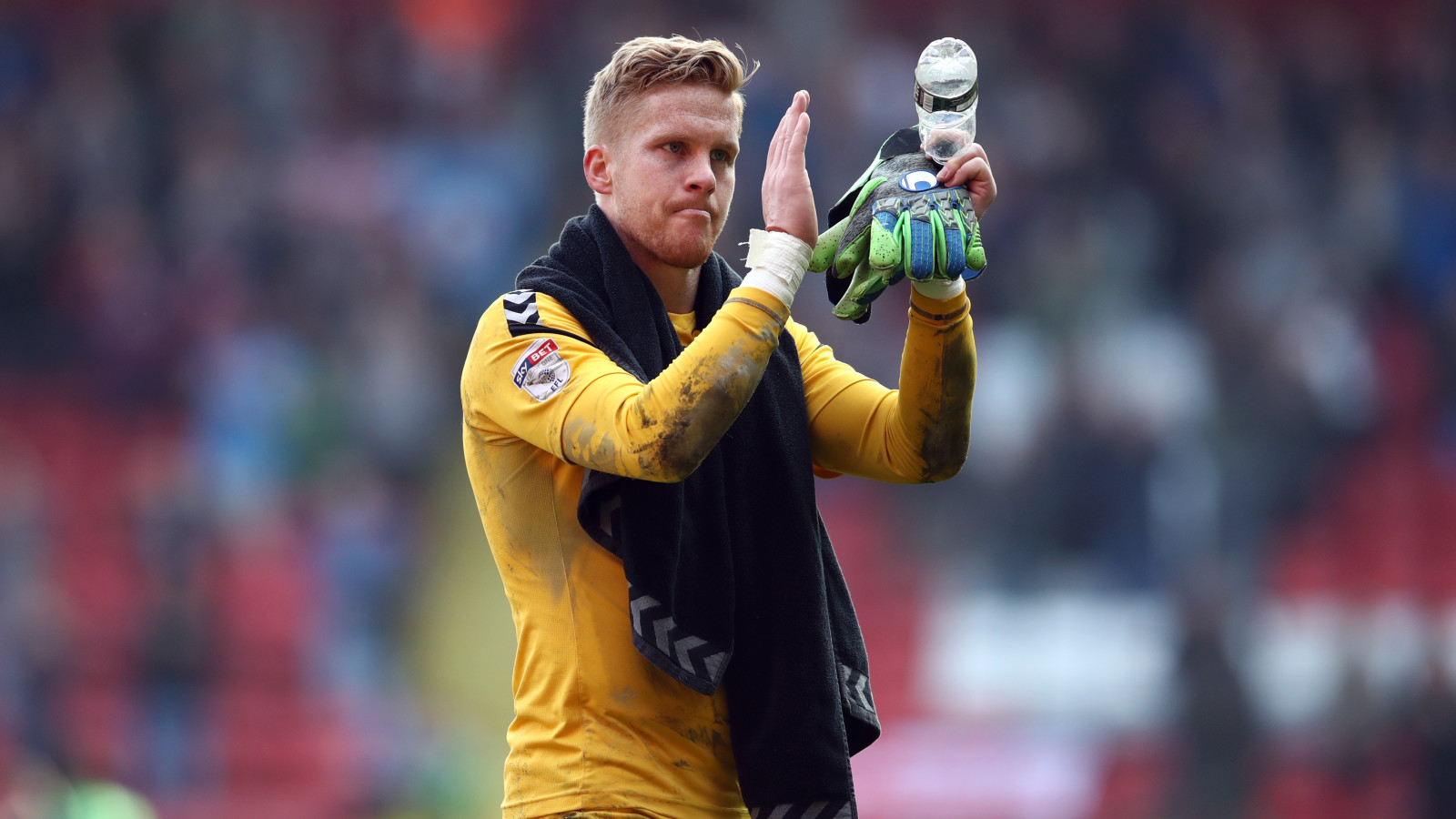 Man of the Match Ben Amos was delighted with a third straight clean sheet as the Addicks claimed another fine victory in their hunt for the play-offs.

Charlton’s number one was under siege from Blackburn Rovers for parts of the second half and the stopper stood strong to keep his side’s 1-0 lead intact to ensure three more vital points in the hunt for the play-offs.

Speaking to Valley Pass following the win, he said: “It was backs to the walls for a while and the lads really had to dig in, in the second half, but we’re happy with our third clean sheet in a row and it gives us a really good chance to get into those play-offs.

“They tested us and I had to be ready for that, but as far as I’m concerned I just did my job and so did all the other lads out there.”

The Addicks now head to Rochdale on final day with their fate in their own hands and Amos insists that his side will not let up until the very last whistle.

“Rochdale are fighting for their lives and need a win, so it will be a tough old game,” he explained.

“If Scunthorpe win against Plymouth on Tuesday it helps us, but it’s in our hands so we’ll be going there to win the game and make sure we’re in the play-offs.”

“If we win on Saturday, then we’re the in-form team and we have the momentum,” continued Amos.

“None of the other teams in those play-off places would want to play us at the moment, so that’s to our advantage.

Meanwhile, the goalkeeper reserved praise for his teammates and the fans for playing a huge part towards Saturday’s win in SE7.

“When we really needed that lift and were up against it in the second half, that was when they [the supporters] really do pull us over the line. Some of the lads in the dressing room are completely spent, they literally cannot walk, so that’s credit to the fans for getting us over the line.

“They lads were different class. We’ve changed our full-backs a lot over the last few games, but whoever has played has done themselves and everyone proud. It makes my life a lot easier when you have people who are that determined to keep the ball out of the net. It’s a pleasure to play with them.”