Johnnie Jackson on securing a play-off spot, Saturday’s support and being 499 not out 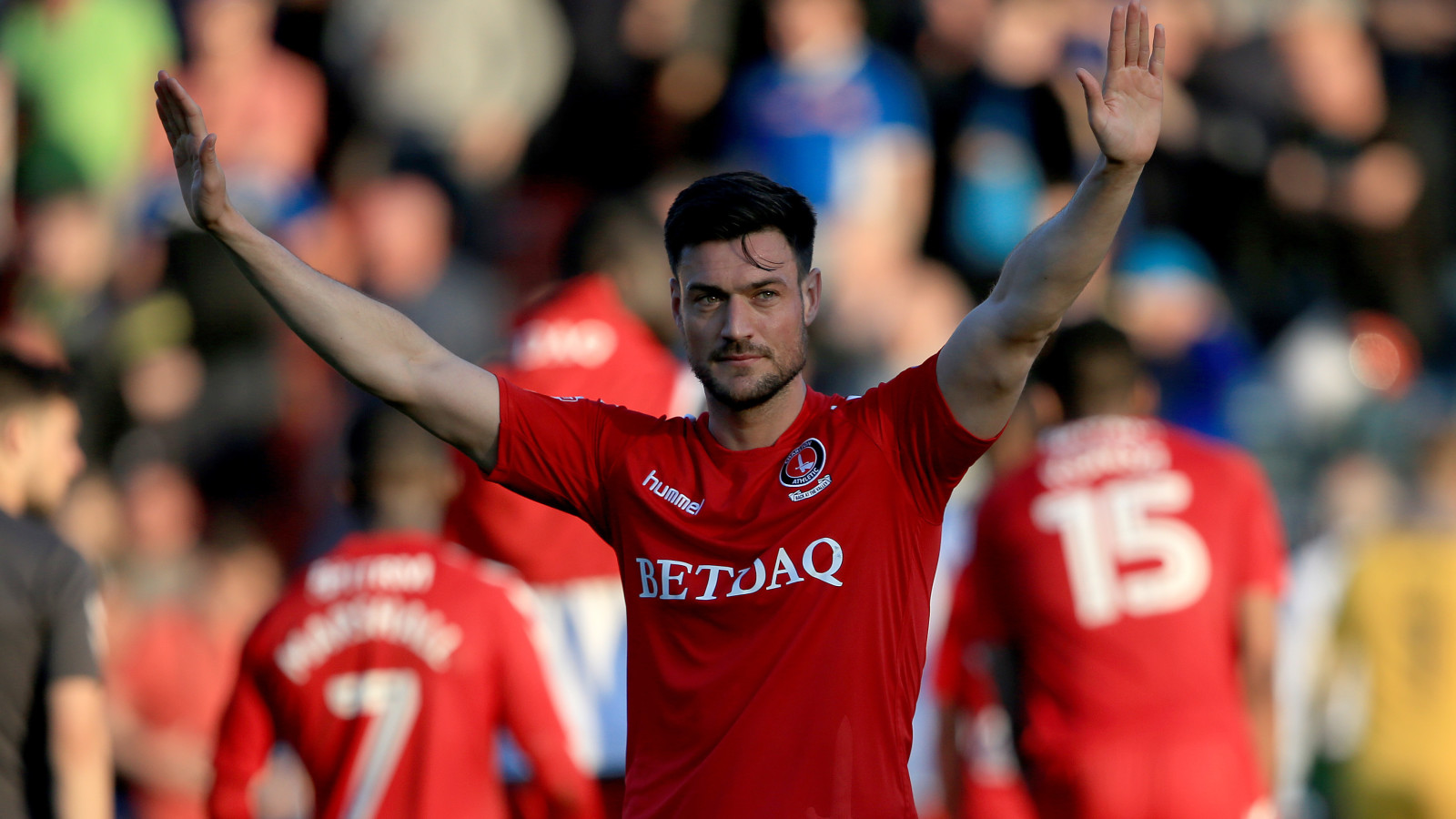 Skipper Johnnie Jackson says that Charlton’s full focus immediately switched to the play-offs, after securing their top-six finish on Saturday.

The Addicks will compete against Shrewsbury Town over two legs for a place at Wembley Stadium, with the first encounter coming up in SE7 on Thursday night. Please click here for a guide on how to purchase your tickets.

Following the weekend’s final-day clash at Rochdale, Jackson admitted that his side’s preparations for their tie against the Shrews are already well underway.

On securing a play-off place…

“We wanted to come to Rochdale and win or get a positive result. We didn’t do that, which was disappointing, but ultimately, we set out to get into the play-offs and we’ve done it.

“The initial disappointment of not getting a positive result is quickly brushed aside by the fact that, for now, it is job done.

“We’ve got into that top six and there are bigger games to look forward to now.”

“It was a difficult team selection. Lee was pondering a few things and we had a lot of discussions about the best way forward and getting a side out there that was capable of winning the game.

“Looking at the lads who have gone every minute of every game, we wanted to get a rest into them. We tried to juggle it the best we could and still get a positive result.

“We didn’t get that but we did manage to rest a few. To get the likes of Jake off the pitch early was good, as he’s gone every game of late.

“We got a rest into Reevesy, Nicky Ajose, Josh Magennis; important players for us. The back boys just have to keep on going and that’s how it is when you’re a centre half. It allowed us to do a little bit of tinkering, which was a good thing.”

“It’s a shame we couldn’t give them a win, the support was unbelievable again. They turned out in their numbers, as they always have done for us, and they gave us another lovely ovation at the end. That was really pleasing.

“For me, it was nice to get on, to get a couple of minutes back out there. It’s been a while. We need to take care of business and then we’ll worry about the other stuff.”

“It’d be a lie if I said I hadn’t thought about it. I’ve always said it will be about the team, though. If there’s an opportunity anywhere, me and Lee with have a discussion but it won’t be to the detriment of the team or for personal ego or sentiment. We’ll put that aside.

“It’ll be a lie if I said I hadn’t thought about getting the 500 up at Wembley too. It’s things you dream about and I’ve considered that.

“But if I was 499 and out, and Charlton went up to the Championship, I’ll retire a happy man.”

On Charlton’s Player of the Year do on Monday night…

“I’ll be on the sparkling waters; put a dash of lime in there. It won’t be full throttle like it has been in years previous!”