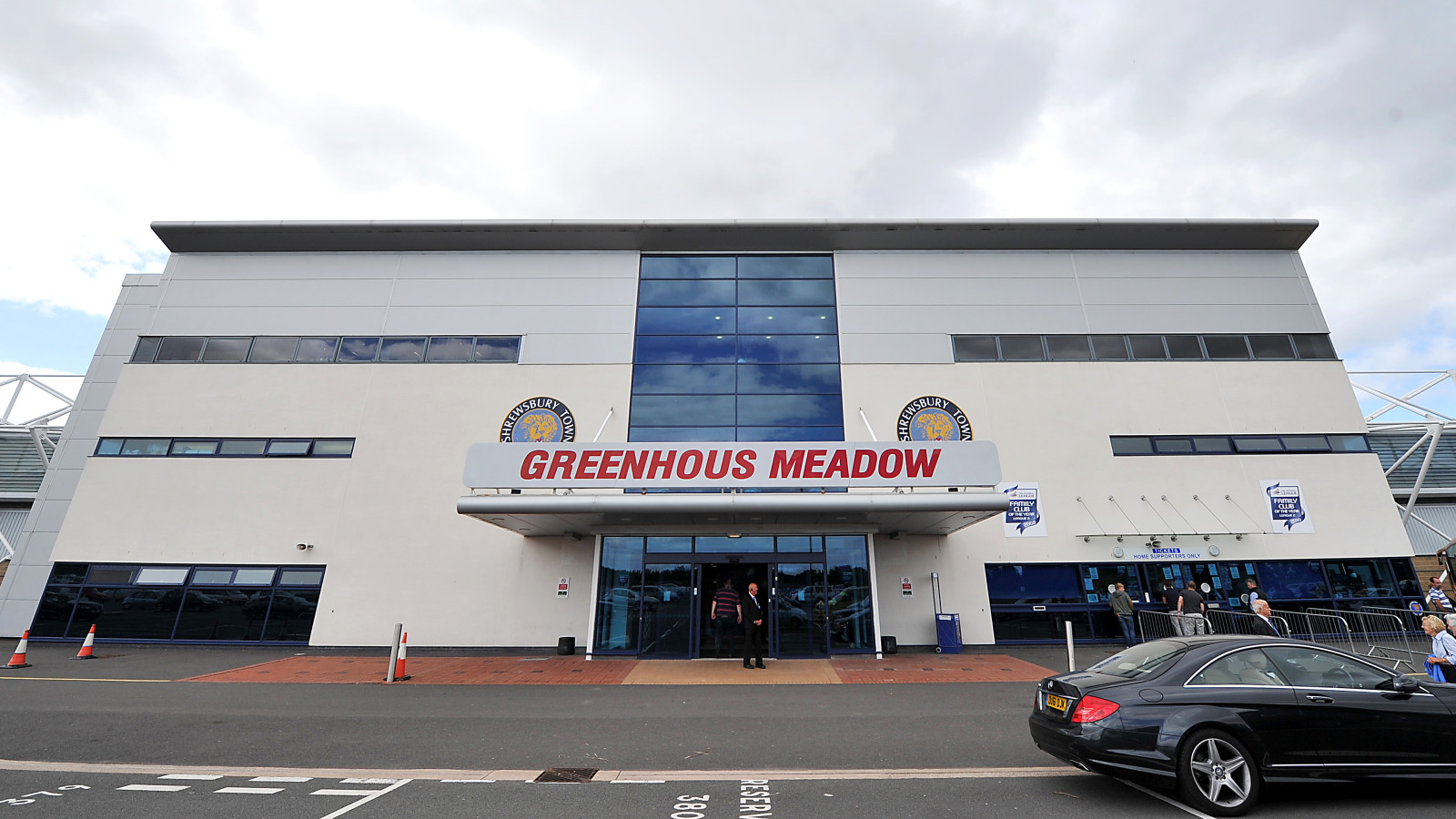 It's a SELL OUT - and remember it's only half time.

Back to The Montgomery Waters Meadow, possibly a first visit for some, a sense of deja vu for others. Away fans are situated behind the goal in the Pro Vision CCTV Stand and we have been allocated the whole end. It's functional, a bit seen it all before (quite literally in the last month), plenty of room, good view and pleasantly not too far from the pitch. The concourses are fine, nice and clean and given the ground's relatively isolated state is a bit handy that this is the case, good facilities and TVs. All-in-all pleasant with nice people running it.

Very nice pies! Locally sourced with a bit of variety to go with it, whilst the usual stuff is on hand, along with vans in the car park. Of course, retail parks always equal the usual suspects and this is no exception, although there are also more independent take aways within reasonable proximity. The town centre has quite a few more alternative eateries and is a nice place overall. It therefore also boasts a significant number of nice nice pubs, particularly around the station, such as The Vaults, The Station Hotel, The Britannia and The Plough Inn (these could prove useful) and in the more historic part of the town, The Hole in The Wall being quite nice and naturally there is a Royal Oak. Nearer the ground, the Charles Darwin on the big roundabout is pretty nice and walkable to boot, if you are coming by taxi from town this is normally where they drop off. It has parking facilities too. In the opposite direction away from the stadium is The Wild Pig, which is probably closest to the ground but can get a bit busy, again it has parking facilities.

The Post Code is SY2 6ST. Wherever you are coming from you will need to get to the end of the M54 to join the A5. Take this to the Junction with the A49 and bear left, remaining on the A5. You'll soon come to a roundabout, here join the B4380, Thieves Lane which in turn leads you onto Oteley Road where the ground is situated. There is a car park at the ground and there are conflicting reports as to whether or not this is restricted, best to err on the side of caution. As mentioned, the two pubs have parking facilities, whilst the club also offer a park and ride scheme from Shire Hall, which is just off the A5, join the A5064 towards the town and it is signposted from there. By the large Meole Brace Roundabout are a number of private units, whilst apparently parking is available at the nearby Wyevale Garden Centre (Percy Thrower's).

Trains. You can get back, but it's a bit of a mission! On the way out, trains run from Euston at 10 and 40 past the hour via Birmingham and Wolverhampton, which are cheaper, or 05 and 35 via Crewe - dearer and in truth not a great deal between them in terms of journey time, around the two and a half hours with a change at either of the afore-mentioned three. An express bus runs from the main bus terminus which is a short walk from the station. Coming back is a bit of a lottery depending upon whether the spectre of extra time and penalties enter the equation. The express bus leaves from the opposite end of the stadium to us and timings are a bit difficult to quantify given the strange kick off time and when the game will actually finish. Buses 24 and 25 also stop within close proximity of the stadium. Coming back, going via Wolverhampton is the best bet, there is a train at 19.42 which gets back to London at 22.53 but this a bit of a tight connection. The 20.23 gets to Wolverhampton at 21.11 but the connecting train doesn't leave until 22.05, arriving back in London at 00.25 - there's a pub over the road! Failing that, the last train departs from Shrewsbury at 21.31, getting back at 01.03. There is a taxi drop off at the ground, pick ups are a little more random though. All prefixed by 01743, numbers include 441144, 344444, 367777, 242424 and 545454.