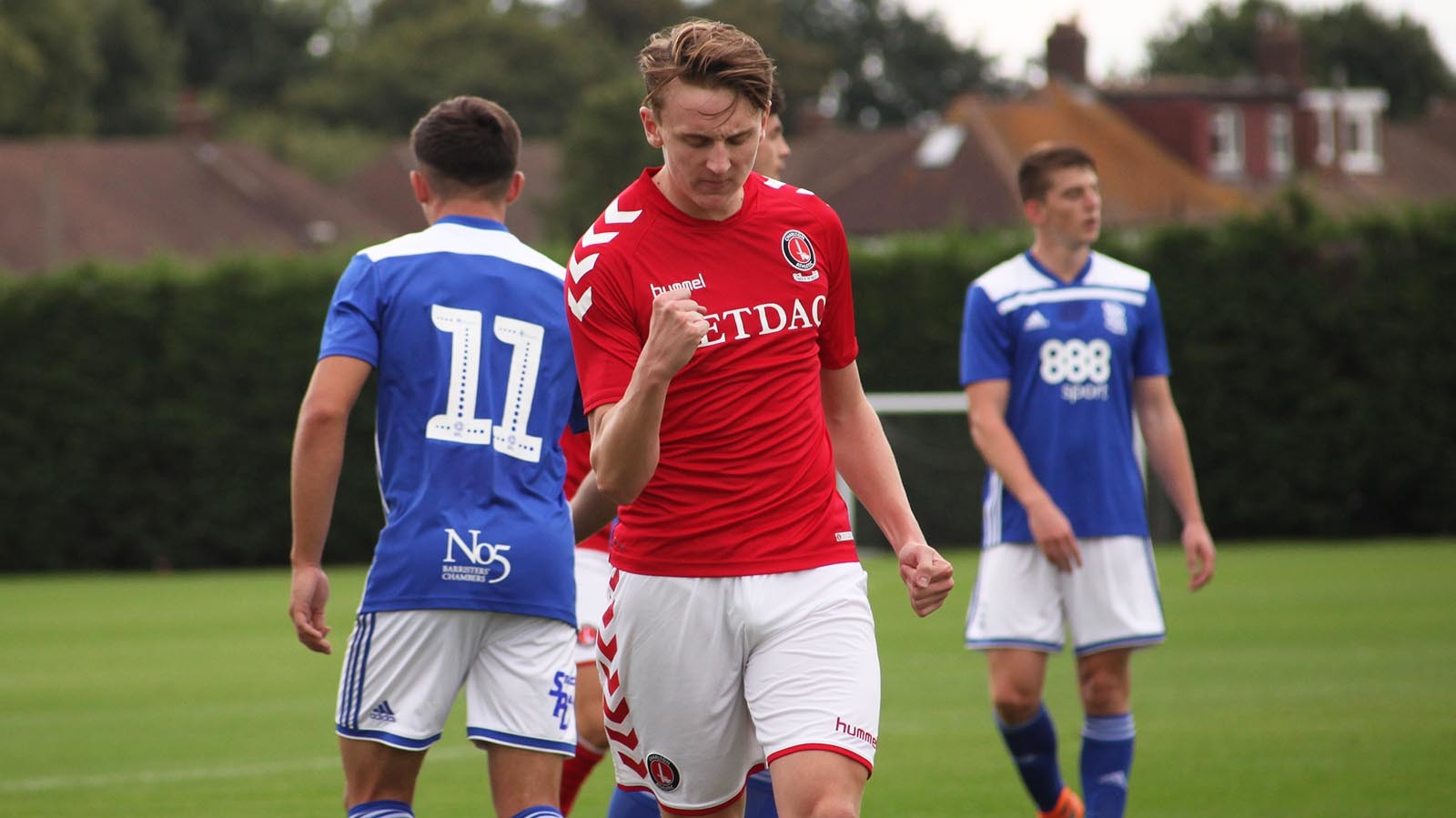 First-half strikes from Alfie Doughty and Luke Carey had the Addicks in control before Odin Bailey pulled one back for the visitors.

The Addicks were denied an opener by the linesman’s flag after five minutes. Brendan Sarpong-Wiredu linked up with Kenneth Yao on the right and his cross was slammed home by Doughty, only for it to be ruled out for offside.

Doughty would get his goal four minutes later, though. He won his team a corner with a lung-busting run from inside his own half and, when the ball came into the box, the deep flag-kick was knocked back across goal by Jo Cummings. It fell kindly for Doughty and he tucked it home with a great strike from a tight angle.

Charlton doubled their lead on 35 minutes. Carey played a neat one-two with opening-goalscorer Doughty on the edge of the box and then stabbed home from close range.

The strike gave the young Addicks some breathing space but Birmingham halved the deficit within a minute when Bailey steered a cut-back into the net.

The Addicks lead at the break and they were denied a third goal on the hour mark when Blues’ Bajrami made a great block from a Junior Quitirna strike.

Ben Dempsey saw an effort blocked by the same man 10 minutes from time and, at the other end, the Blues defender then headed his team’s equaliser from a Bailey free-kick to earn them a point.