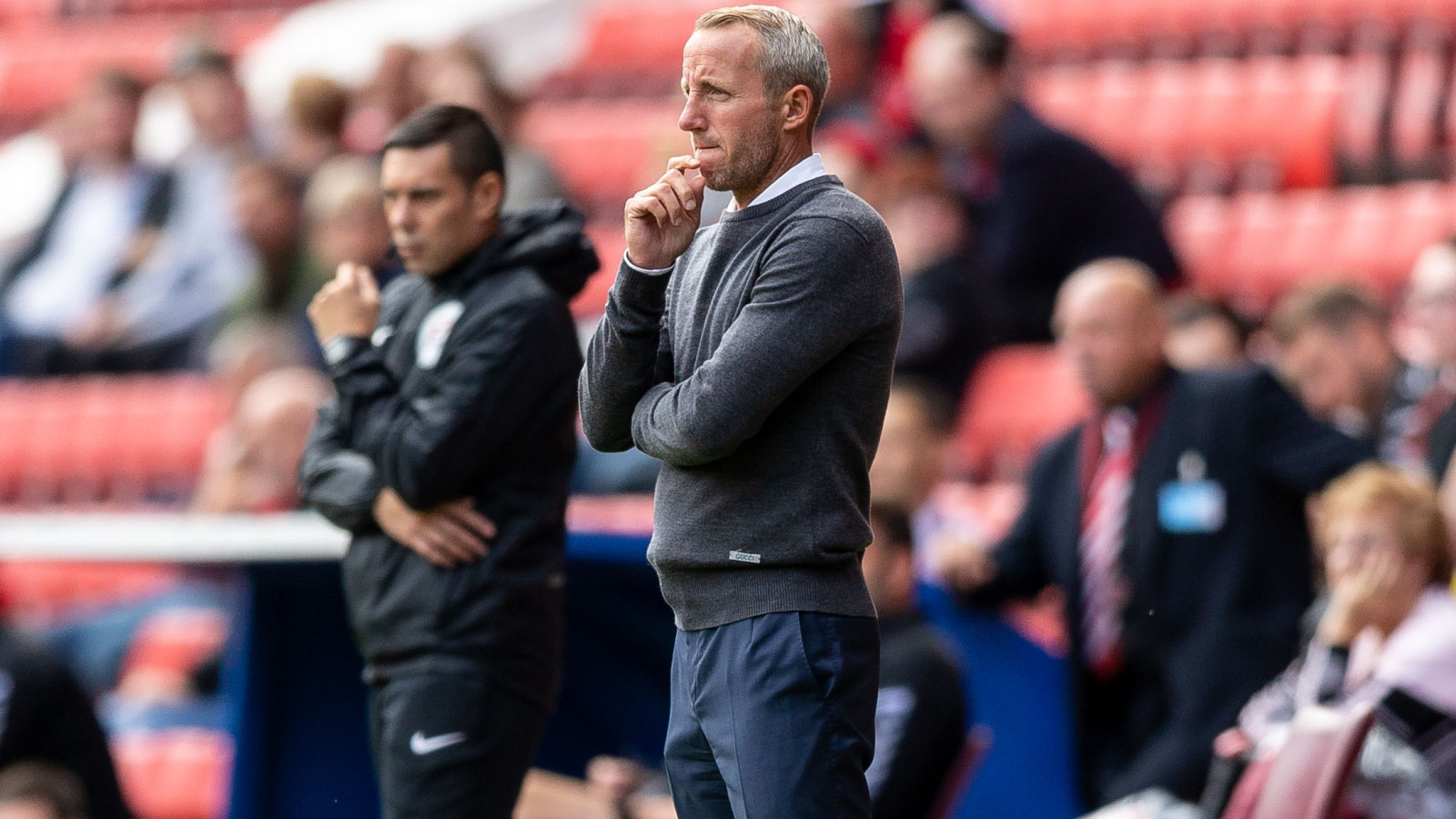 The Addicks controlled much of the contest but they were unable to break down a resilient Cod Army back-line, who cleared two Charlton efforts off the line during the 90 minutes.

And Bowyer, who praised his team’s general play, felt that they needed to do more to “drag out the three points”.

“I’ve been told that we created 20 chances but only hit the target five times,” he said. “That shows our general play hasn’t been bad. From back to front, we look alright but that final third is what we have to keep working on.

“At the moment, when we should shoot we are passing and when we should pass we are shooting. We looked tired as well, we looked a bit lethargic at times and that is probably because we put so much into Tuesday.

“I’ve said to the lads in there [the dressing room] that, for me, it wasn’t really good enough. I expect more from them because I know what is there. Have we played badly? No, but there wasn’t enough drive and enthusiasm and hunger to win the game.

“We had two or three of them running around to try and drag the three points out but we needed nine, 10, eleven of them doing it.”

One Addicks player that Bowyer did reserve praise for was Darren Pratley, who put in a tireless performance in the middle of midfield.

He said: “I thought Pratley was outstanding. He was everywhere again. He’s the oldest player out there and he’s covered every blade of grass.

“He did on Tuesday and he did the Saturday before that. We need people like that and we’ll go away now and work hard ahead of Saturday at Southend.”

Bowyer was able to introduce Igor Vetokele in the second half of the stalemate, while Jason Pearce was fit enough to take his place on the bench.

“It was good to have Igor back,” he said. “Obviously, we lost him early in pre-season and he’s trained with us this week. It creates competition for places and if you think you are safe [in the team], then you are not and I don’t care who it is.

“We’ve got Vetokele coming back, Pearcey was on the bench today as well, Ben Reeves is back training and Tariqe could be back in training next week. We’ve got these players back and that makes my job harder, which is good.”