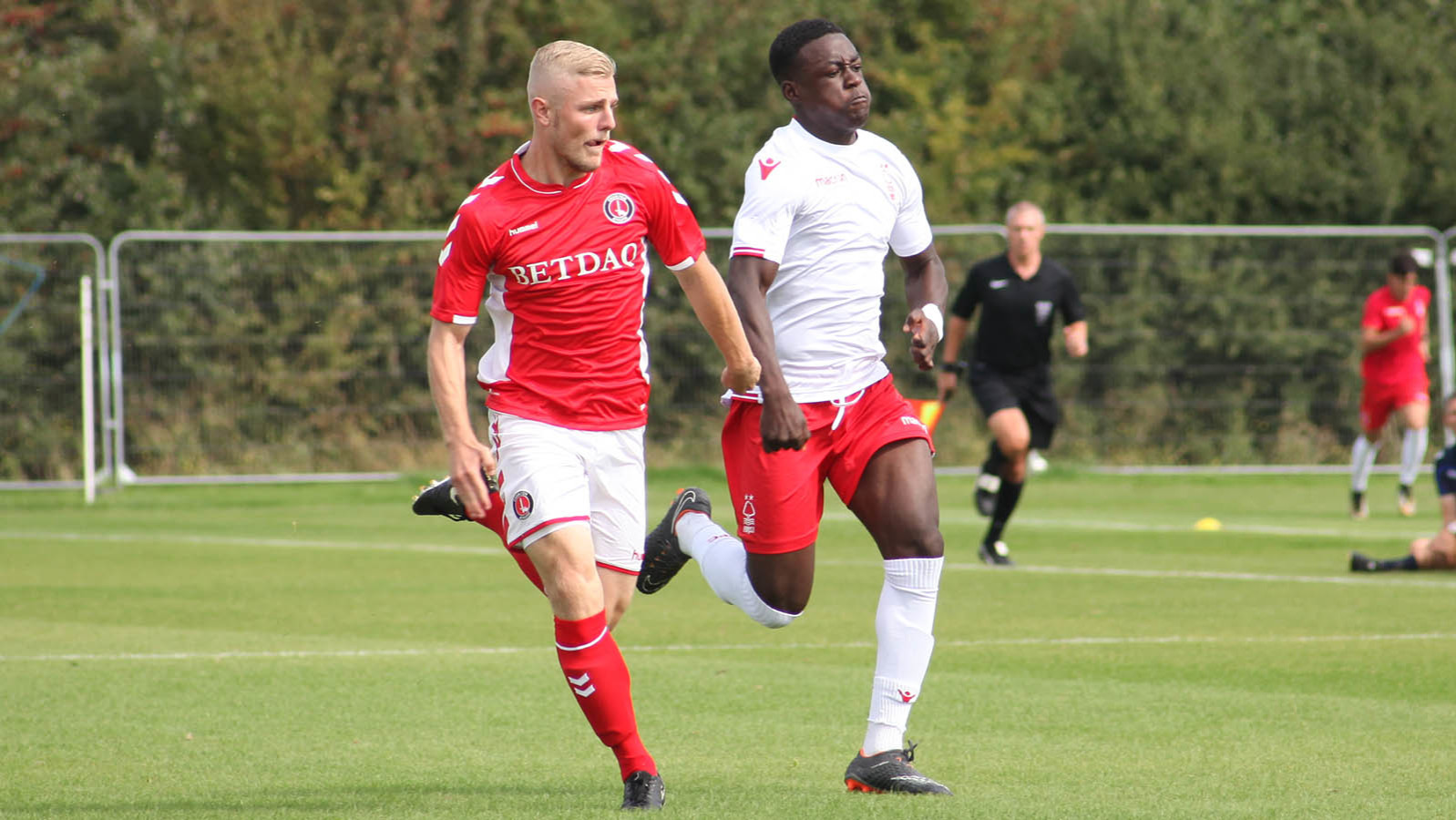 ..Charlton’s U23s were held to a draw by Nottingham Forest in Professional Development League 2 South on Monday afternoon.

The Addicks took the lead through an own goal from Forest stopper Tim Erlandsson but a Jordan Laurence-Gabriel header just before half time ensured that the clash ended all-square at Sparrows Lane.

Forest came close on 12 minutes when Danny Preston fired in a low cross but Toby Edser could only divert it over the crossbar from six yards out.

At the other end, Charlton’s Terrique Anderson saw a close-range strike brilliantly cleared off the line by Ariel Ahmedhodzic, following some impressive wing play from full-back Jordan Zemura.

Erlandsson extended himself again on 34 minutes, diving to his left to keep out a Luke Carey shot, but four minutes later he gifted the Addicks the lead when he inadvertently punched a deep Dan Birch cross into his own net.

Forest levelled almost immediately. A free-kick was curled into the box and Jordan Laurence-Gabriel glanced it into the net with his head.

The teams headed in level at the break and 20 minutes from time no-one in red was able to connect with a dangerous Zemura cross, with neither side having threatened before that since half-time.

A Jo Cummings header rattled the post from a corner on 75 minutes and, seconds later, the Addicks centre-back saw another header kept out, this time by a brilliant save from Erlandsson.

Addicks substitute Kareem Isiaka fired a low shot at goal 10 minutes from time, which Erlandsson saved, and Maynard-Brewer then saved from Brennan Johnson shot on 90 minutes and that proved to be the final chance as the game ended level.