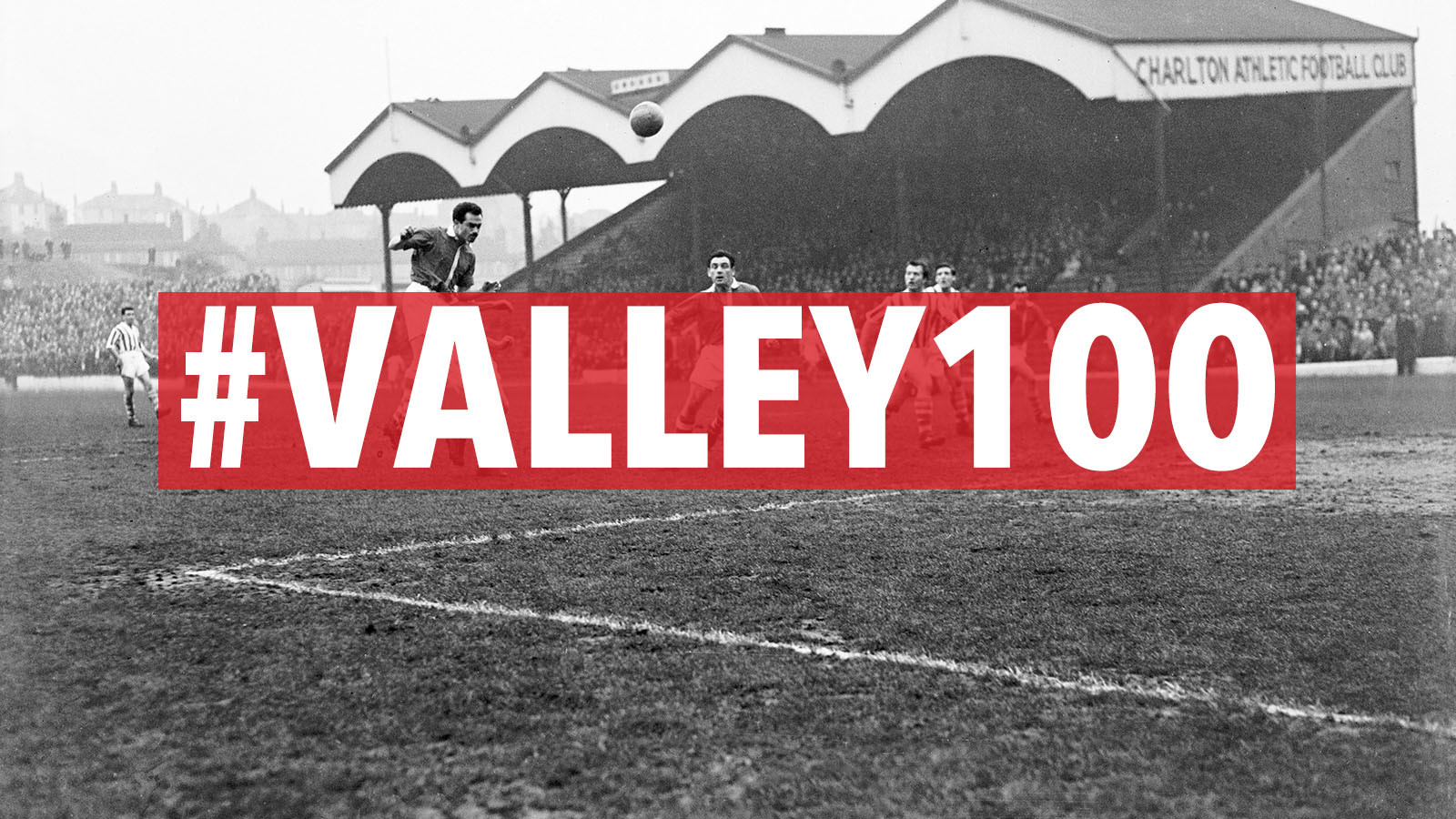 From hat-tricks to The Who, Charlton Athletic’s famous home has seen it all.

Rising from the shell of an abandoned sand and chalk pit in SE7 (locally known as ‘the swamp’) an army of volunteers, including the club’s early supporters, helped dig out the area for the pitch, using the materials to build up makeshift stands in what was already a natural bowl.

On September 13th, 1919, the ground officially became home when the club played its first game at what was then simply referred to as the Charlton Enclosure. Charlton’s ‘A’ team beat Summerstown 2-0 in the South Suburban League on that day.

For some years, the chalk-pit stadium remained basic and The Valley was still without even a stand by the time the Addicks were elected into the Football League in 1921. But an article in the influential Athletic News, which boasted the virtues of the Floyd Road ground as the potential future home for the Football Association’s national stadium, was said to have helped sway the vote in favour of Charlton’s election.

The article read that the site in SE7 was one that could be made into “such a ground as men dream of.” Indeed, over the next century, that would prove to be the case.

The Valley’s first grandstand, which included dressing rooms, was completed in 1922 at a cost of £14,000 and its distinctive multi-span roof would remain in place until it was replaced by a flat, modern cover in 1979 and, as the football club grew in stature, so too did The Valley.

A short-lived move away to Catford South End’s Mount Stadium in 1923 was followed by a swift return home. The vast East Stand terrace began to take shape and it stretched round behind to the south end of the ground to form an imposing sight and one of the largest single terraces in all of football, with the ground holding one of the biggest capacities in Europe.

Jimmy Seed’s appointment as manager in 1933 was the beginning of something special and it was not long before the north end of the ground became the famous Covered End, with a roof added to the terrace to protect fans from the elements.

Seed’s successful team began getting the crowds to match as the Addicks raced through the divisions to the top flight before The Valley recorded its highest ever attendance on February 12th, 1938 when 75,031 packed into SE7 to watch Charlton share a 1-1 draw with Aston Villa in the fifth round of the FA Cup.

The most famous ground in south London would host 15 years of top-flight football (interrupted by the Second World War) until 1957 with relegation to the Second Division, but it was that year that The Valley would host arguably its most incredible game, when Charlton staged one of the greatest comebacks football has ever seen against Huddersfield Town.

Having been 5-1 down with just 28 minutes remaining, and down to 10 men, Charlton scrapped back to earn an incredible 7-6 victory.

It would be mostly Second Division football on show for the next few decades, but the football was not the only attraction during the 1970s as The Valley played host to two legendary rock concerts, headlined by The Who, with well over 76,000 squeezed in, legitimately or otherwise.

The second gig, which took place on May 31st, 1976, made it into the Guinness Book of Records for the loudest ever gig, measured at 120 decibels from 50 metres away.

By 1985, The Valley had fallen into physical decline and out of the hands of the club – a combination that would have a devastating effect. On September 7th, 1985, fans arrived in SE7 for the Addicks’ game against Crystal Palace to be informed by leaflet that the club would be leaving their home and would take up residence at Selhurst Park, home of the opponents that day.

Two weeks later, Charlton beat Stoke City 2-0 in what was thought to be the last ever game to be played at The Valley. Incredibly, Lennie Lawrence would lead his side back to the First Division that season.

Seven years of fighting by the club and its loyal supporters, including the formation of political party The Valley Party, would eventually lead to the dream of returning home being realised and, on December 5th, 1992, Colin Walsh scored the first goal back at The Valley as Charlton beat Portsmouth on a hugely emotional day for all concerned.

By that time, the east terrace was condemned, the West Stand was a temporary structure and the dressing rooms and offices were portacabins and, although it was slightly ramshackle, it was home.

Like a phoenix from the flames, The Valley rose again. The crumbling east terrace was replaced by the modern East Stand in 1994, while the West Stand was redeveloped into a two-tier structure in 1998, just in time for the Addicks’ promotion to the Premier League as top-flight football returned to SE7 for the first time in 41 years.

Three years later, the Covered End saw a second tier added and the north corners of the ground were filled in to create what we have today – a 27,111 capacity, first-class stadium which is fit for Premier League football.

Although its aesthetics have changed in many ways over the past 100 years, one thing has always remained the same: The Valley is the very heart of the identity of Charlton Athletic.

For generations of supporters it has been, and it will always remain, home, sweet home.

Season tickets for 2019/20 will go on sale from 10am on Saturday, April 13th. For full information and details on how to purchase yours, please click here.