'Team Addicks' to Ride to Amsterdam for prostate cancer awareness 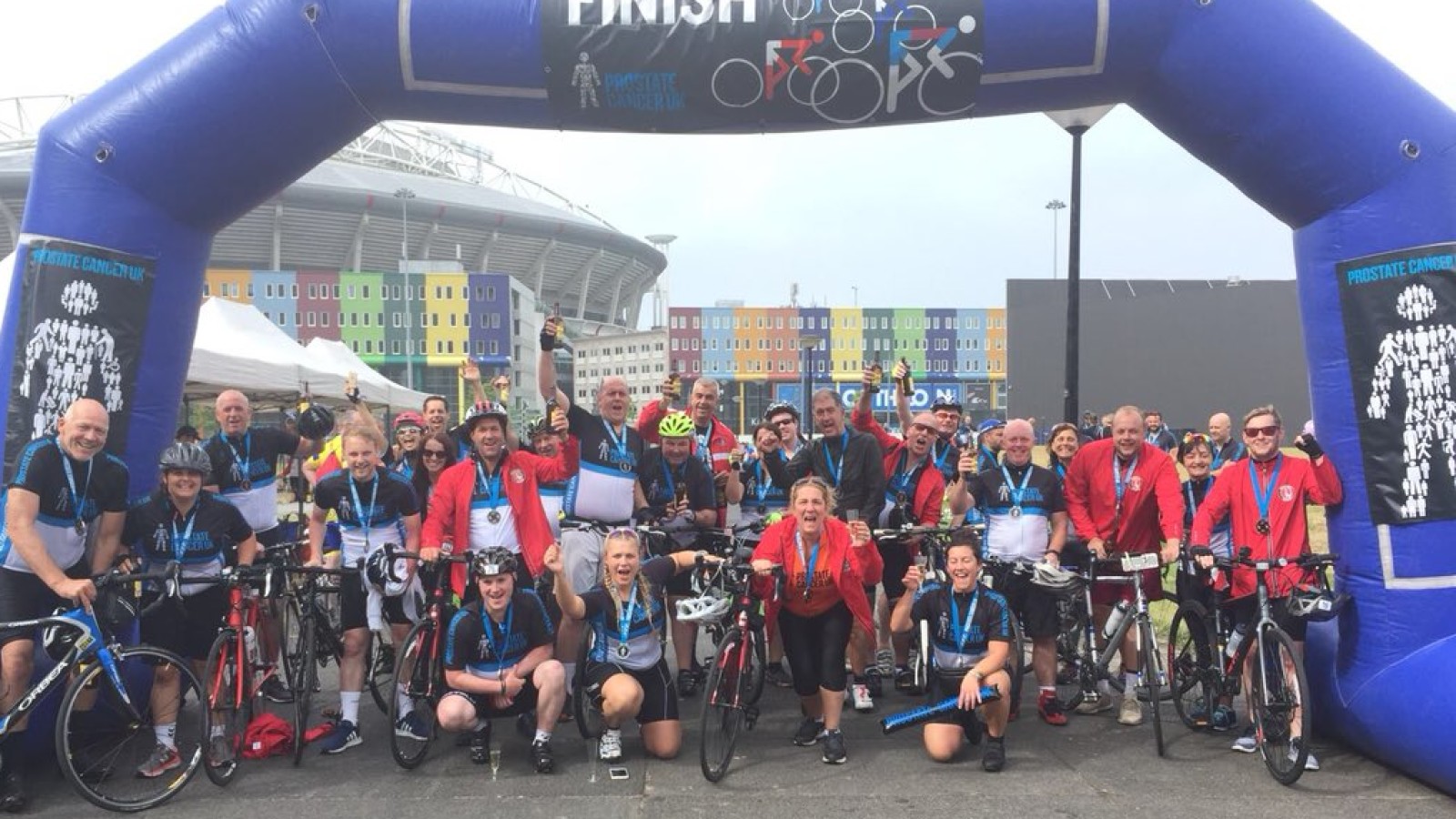 Former players, club staff and supporters will make the 145-mile trip from London to Amsterdam next month (7-9th June) as part of the annual ride to Amsterdam for Prostate Cancer UK.

The challenge, which sees various clubs ride from around the country to the Dutch capital, will be undertaken by a bumper team of 40 Addicks who will be waving the Charlton banner. Over 400 riders from different clubs up and down the UK will be setting aside their football rivalries and taking part in the challenge.

Taking part this year are former players Bob Bolder, John Robinson and Garry Nelson alongside Charlton staff and supporters and the team will be presented to The Valley faithful ahead of Friday's crucial play-off semi-final against Doncaster Rovers.

Charlton Athletic player liaison officer Tracey Leaburn said “This is my third year (taking part) and when I first did it, I did it with three people from the trust.

Other teams had like 25 members and there were all these people from other clubs. And to me, if I’m honest I just thought that Charlton’s bigger than four people. So that’s when I sent emails out to everybody for the next year. We got the number up (last year) to 31 and now this year we’re up to 40."

Starting in 2013 as a charity event, the Football to Amsterdam bike ride has raised well over £1million in aid of Prostate Cancer UK.

One man dies every 45 minutes from Prostate Cancer and the vital funds raised will be put towards crucial research and caring for those living with prostate cancer.

“It’s been fantastic to have people from the fans, the club and the community trust all together raising money for prostate cancer. Everyone has their different reasons for doing the ride, obviously I lost my father to prostate cancer. So, everyone’s got their reasons and so it’s important to keep raising awareness” continued Leaburn.

Supporters can still donate to Team Addicks by texting CAFC to 70004 to donate £5 to Prostate Cancer UK.

Prostate cancer is the most common cancer in men, affecting one in eight white men and one in four black men. One man will die from prostate cancer every 45 minutes in the UK, which equates to over 11,000 men a year. Based on current trends, this number will rise to over 14,500 men a year by 2026 if nothing is done.