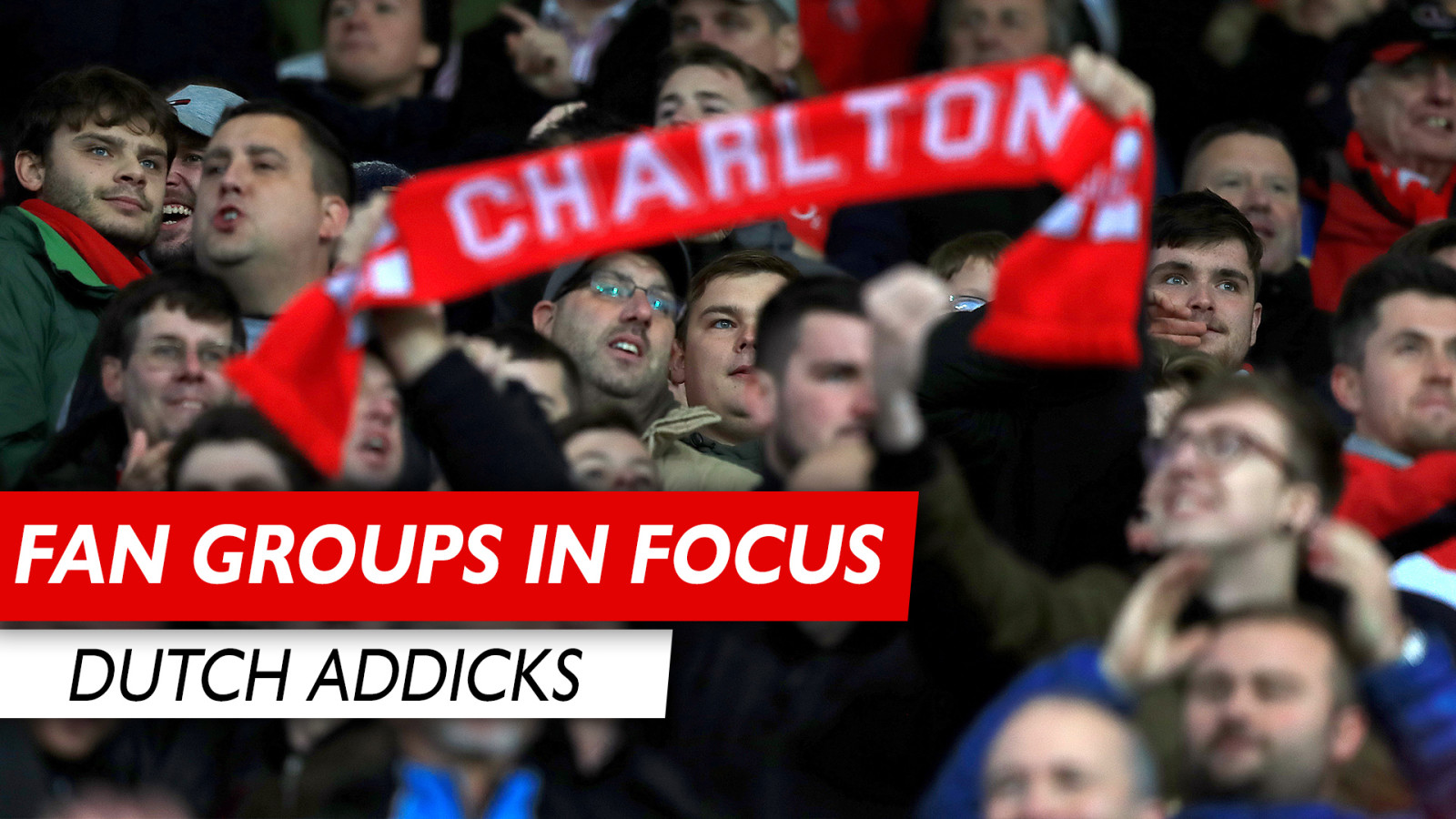 In the second of a new series – where we will find out a little bit more about the supporter groups officially affiliated to Charlton Athletic – we speak to Ad Poot.

Ad, a member of the Dutch Addicks, has been attending Charlton games since the 1980s and he has given us the low-down on his support of the Addicks from afar.

If you would like to join or create your own Charlton Athletic fans group, please email fans@cafc.co.uk or click here for more information.

What made you decide to support Charlton?

At the age of 15, I just wrote a letter to the club, got a great reply with some souvenirs sent to my home and got pen-friends after a mention in the matchday programme. I got my dad to visit The Valley at Easter 1980 and got ‘the red carpet treatment’ before the kick off, as a special foreign guest with a tour around the ground, meeting the players in the dressing room just before kick off and a complimentary ticket in the main stand. We lost 1-4 but I was lost.

From 1992 until 2007/08, I had a season ticket and travelled on Saturdays from The Netherlands, by car and Eurotunnel to London and back at around at 1.00am. That was almost every home game. In 2007 my oldest son was born I had soon started my own insurance company, so I had other things to do from then, but nevertheless still visited The Valley about six times a season. All of us have their individual reasons and special moments.

Tell us a little bit about your group?

We started to get active recently, a couple know each other. Some have had season tickets for a couple of seasons and some come on occasions. The youngest is 15 years, who recently did a presentation at school about Charlton. One English, who emigrated to Holland many years ago and the rest are Dutch living in all parts of The Netherlands.

When was your group established?

I once had a Dutch flag, saying Dutch Addicks since 1979 (when I wrote to the club), but the supporters’ club officially got its registration on June 2nd 2021.

What inspired you to form the group?

The club itself, via the fan engagement and membership coordinator and the International Addicks Facebook group.

How many members do you currently have and how are you looking to expand?

We now have six members and we have approached three others of which I am sure they will become members. We check for more members on social media. Once we are really up and running, I am sure we will attract publicity, which will generate one or two new members as well.

They can either contact ‘the (vice) chair’ via Charlton or via Facebook, where we will soon have our one page.

What does being officially affiliated to the club mean to your members?

We have great enthusiasm for Charlton and in a way we said to each other: we feel proud to represent the club like this and show ‘our badge'.

Having been to The Valley many times myself and having many friends, I do miss the pre-match drinks, chats and banter, now that I only come over for about six home game and the odd

away game. But with all of us: both the distance and the feeling for the club is there. Some members have Charlton as their favourite foreign team, others as their ‘one and only’.

What plans do the group have for the future?

We will have a couple of social get-togethers, starting at the beginning of the new 2021/22 season. There we will also plan a trip to The Valley for sure.

What advice would you to give to other fans looking to establish groups across the globe?

As I realise now, it gives you a proud feeling and it is more enjoyable to share the Charlton feeling together. I would say: don’t hesitate and get started! Who knows, many fans all over the world could be celebrating promotion soon!