Lois Roche: "A great move for me" 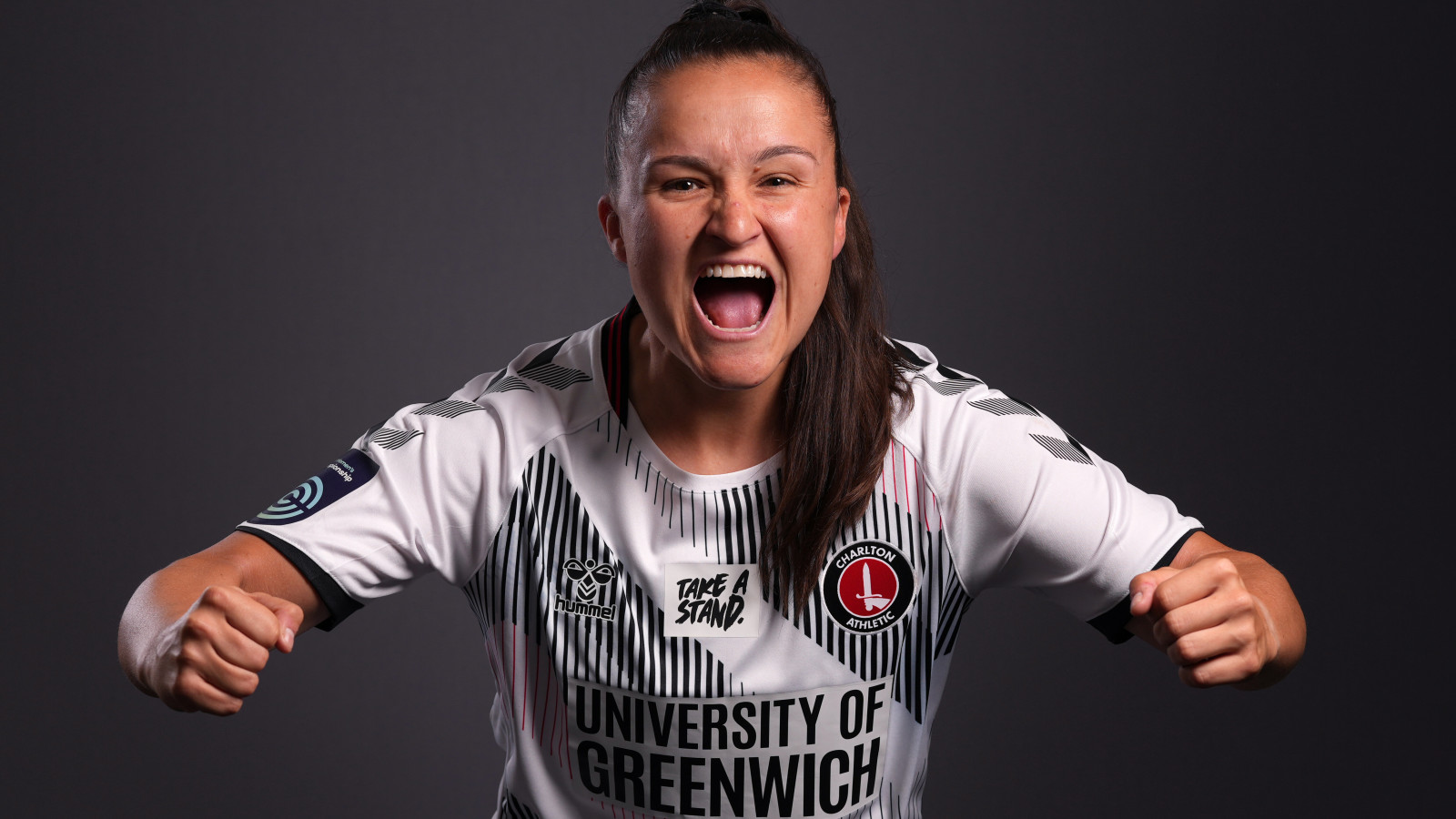 “Obviously I’ve been playing abroad for quite a few years now and I felt like it was the time to come home,” admitted Roche. “Obviously being a London girl and a London club, I just thought it was a great move for me. Being away from my family with the coronavirus and things like that just made me feel I want to come home and just be around them.

“I just think playing abroad really helped me focus. When I was there obviously I couldn’t speak the language and I just had to really focus on the football and really tune in. I think it’s made me a lot more mature and I just think having life experiences always helps. Knowing another style of football, another way to play, I think I’ve improved that side of my game tactically - they’re very tactical out there.

“I’d say I’m a technical midfield player, vocal, I like to get on the ball and make things happen.”

Roche says she is already settled in with Hills’ side as the Addicks step up their pre-season preparations at Pippenhall with a healthy blend of youth and experience in the squad.

“I love it - everything around the club, it’s just like being home,” explained the 28-year-old. “I feel like I’ve literally been here for years, which is weird. I just feel like it’s such a family club, being at the training ground with the men, it’s just an amazing feel. All of the girls are lovely and I just feel like we’ve got a great spirit here and I think we can do good things, so I’m looking forward to it.

“Like I said I think we all get on really well, obviously I’ve got some old mates here. I think we’re gelling really well, we’ve got a good mix of old and young, loud and quiet. I think we can do good things this year and fingers crossed we do.

“Obviously the standard in this country has got so much better over the years and I think experience will play its part in this league. There’s some of us that have been here and done it in this league before and obviously the standard has got higher, so I think us oldies... I can’t believe I’m saying that I’m old! This team makes me feel old, which is not great! But I think we can help the young ones and hopefully do the business.”

Charlton Women announced their 2021/22 squad in full during the open training session at The Valley, an experience the 28-year-old revelled in.

“It’s been a while hasn’t it, what with this virus and stuff. It was great to meet the little girls, we went and done it with the men. I just looked around and thought, ‘there’s more girls here than little boys’. And I thought that’s brilliant for the game. If we can get that it will be brilliant just to inspire the next generation, that’s what it’s about really. It’s great to see so many girls and support us, and if you’re watching come down and support us!

“I’m so excited, I really think we can do something good here this year, you know, with the staff and everyone around the club, I just think good things are coming.”