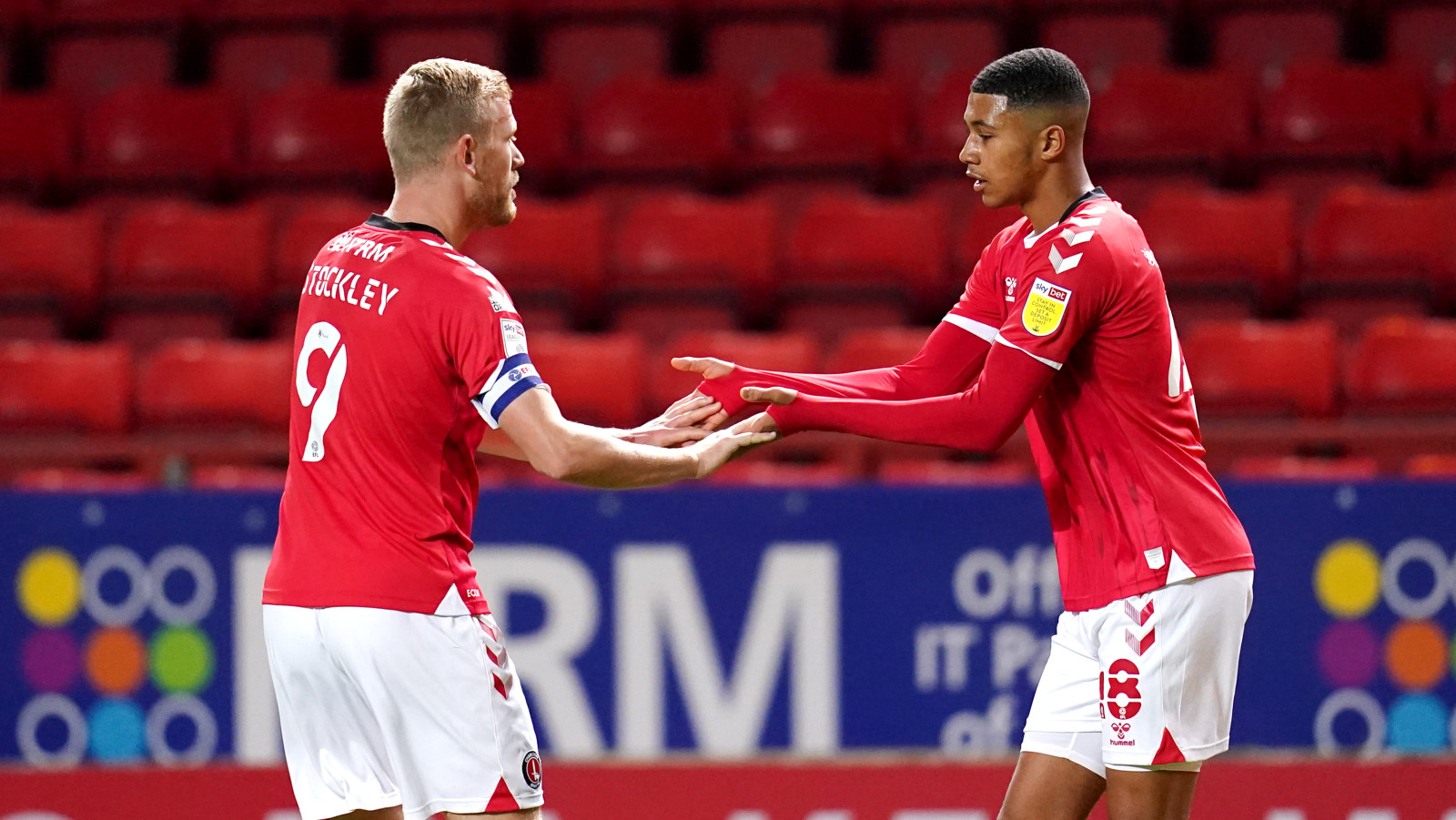 Charlton secured their place in the last 16 of the Papa John’s Trophy with victory over Aston Villa U21s at The Valley on Tuesday evening.

First-half goals courtesy of young hotshot Mason Burstow and the returning Jayden Stockley ensured the Addicks’ passage into the next round, with the latter’s penalty cancelling out Finley Thorndike’s equaliser before the break.

Johnnie Jackson made wholesale changes to the side, with Stockley making his return to action having served his three-match suspension.

He joined Burstow up top and it was his strike partner who came close to opening the scoring with seven minutes on the clock. Harry Arter pounced on a sloppy pass out from the back from goalkeeper Oliwier Zych, teeing up Burstow to turn well in the box, only to fire just wide with just the keeper to beat.

The young striker only had to wait another eight minutes to get on the scoresheet, however, firing the Addicks in front in style. Albie Morgan’s superb lofted pass floated over the Villa defence and into the path of Burstow who let it bounce before hitting a quick first-time volley which caught out the keeper and nestled into the back of the net.

Charlton were forced into a change on 38 minutes when Charles Clayden limped off to be replaced by Corey Blackett-Taylor and the visitors found a way back moments later when Thorndike stroked a shot into the bottom left-hand corner.

The Addicks hit back straight away, regaining the lead from the spot when Stockley was fouled in the box and he stepped up himself to send the keeper the wrong way with a confident spot kick.

After the break, Charlton continued on the front foot and came inches away from a third when Morgan hit a brilliant free-kick from 25 yards which came bouncing back off the inside of the left-hand upright.

Stockley headed just over the bar on the hour-mark, while Addicks stopper Nathan Harness was forced into a pair of saves to keep out Thorndike and Tim Iroegbunam, before plucking the ball away from Cameron Archer when he seemed certain to score.

The hosts were force to withstand some pressure from Villa as the half wore on, while Albie Morgan saw an effort blocked at the other end as the Addicks eased their way to the final whistle, leaving them just three wins away from a possible trip to Wembley.

The draw for the next round will take place on Saturday afternoon, with the last 16 remaining regionalised.