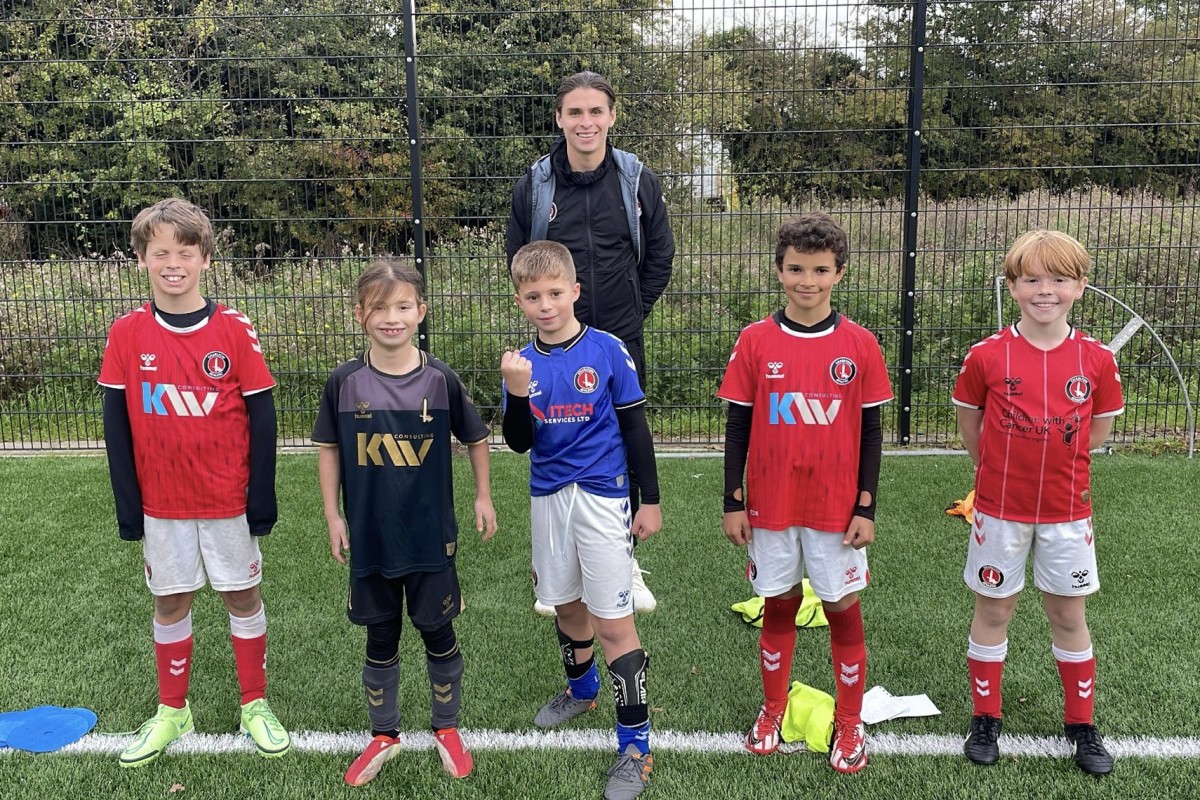 Speaking at a holiday football course hosted by Charlton Athletic Community Trust (CACT), Dobson said: “Training has been good, it’s been a very, very high tempo. A few challenges flying in, it’s been intense - that’s obviously the way we want to play. The only way you’re going to be able to do it on a Saturday is if you do it in training, so it’s been good and hopefully that continues."

Run by CACT, the holiday football courses allow boys and girls between the ages of four and 15 to participate in various football-based activities, ranging from skills sessions to football tournaments.

“I used to come to soccer schools like these when I was younger all the way growing up, so it does take you back,” admitted Dobson. “Everyone chasing after the ball and just having fun with your mates, it’s good.”

“I’ve just come down to have a little Q&A and meet all of the kids that are at the soccer school,” he explained. “It’s obviously brilliant that the Trust put it on for anyone who obviously during half term needs a place to go during the day. I think there’s 90 people here, so obviously a lot of people take it up and it’s brilliant, really.

“There were actually some really good questions; a couple that I couldn’t really answer which I didn’t see coming! But they were good. They had so many questions to be fair and it’s obviously just nice to come down and say hello. They seem to really enjoy it when a player comes down.”

Watch George Dobson talk about his time visiting the young people on the holiday course.