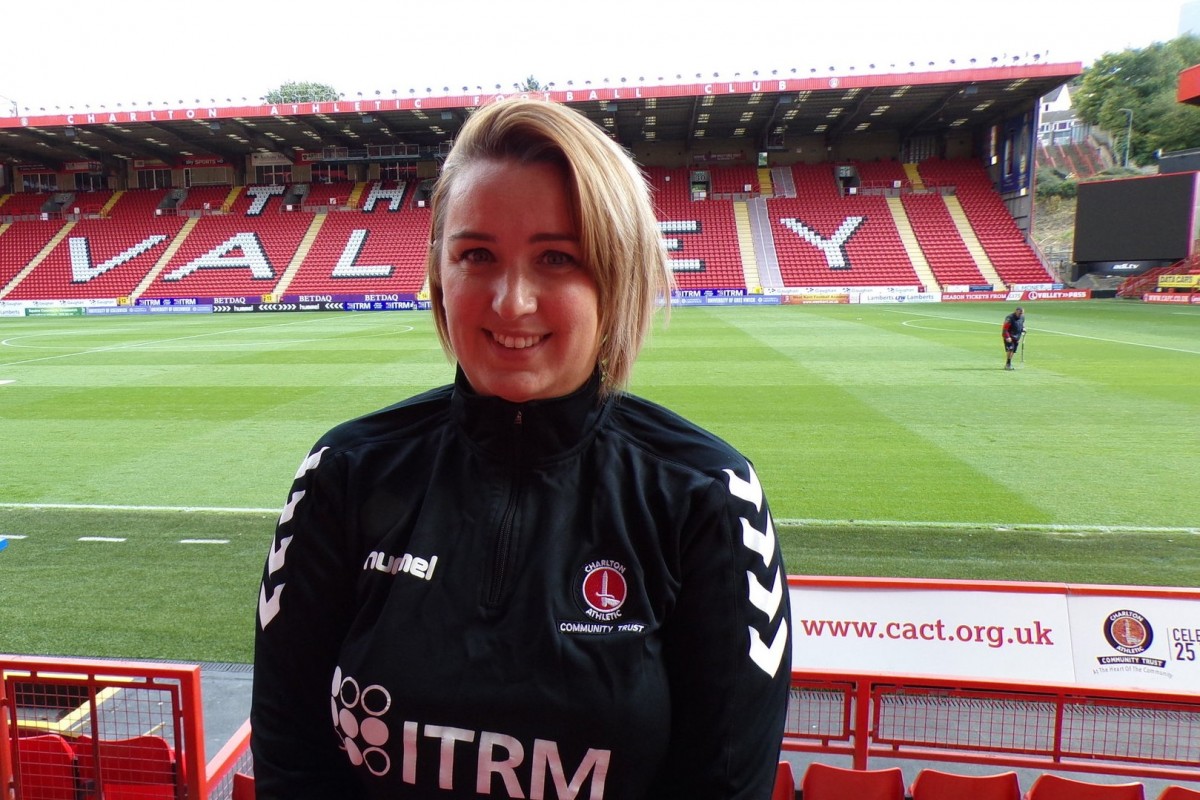 The role will see her set up, teach at and manage study centres at The Valley and Sparrows Lane Training Ground. Kate will be in charge of provision across primary, secondary, further and higher education. She will also teach vocational and work-based courses, primarily to 16 to 24-year-olds.

The study centres will be run in partnership with London South East Colleges.

Kate joins from Greenwich Free School, where she spent four years as Head of PE. She previously taught PE at Uxbridge High School in West London.

Kate will also play a key role in CACT’s upcoming 12-week traineeships for NEET (not in education, employment or training) young people between the ages of 16 and 18.

The unique placements at both the club and CACT itself can be tailored to suit learners’ needs and interests, whether in media, hospitality or elsewhere.

“I am really pleased that we were able appoint Kate Gould as Education Centre Manager.

“She brings with her a wealth of local knowledge and contacts, and this, coupled with her experience and excellent track record as a secondary school head of department, will help to develop CACT’s exciting new strategy in education”.

Kate took part in swimming trials for the 2000 Sydney Olympics as a multi-eventer.

Her dad is a former professional footballer. A winger, Wally Gould made nearly 300 appearances in a career spanning Brighton & Hove Albion, Sheffield United and York City. He was later Assistant Manager at Stoke City. Kate is believed to be the only Stoke fan at CACT.