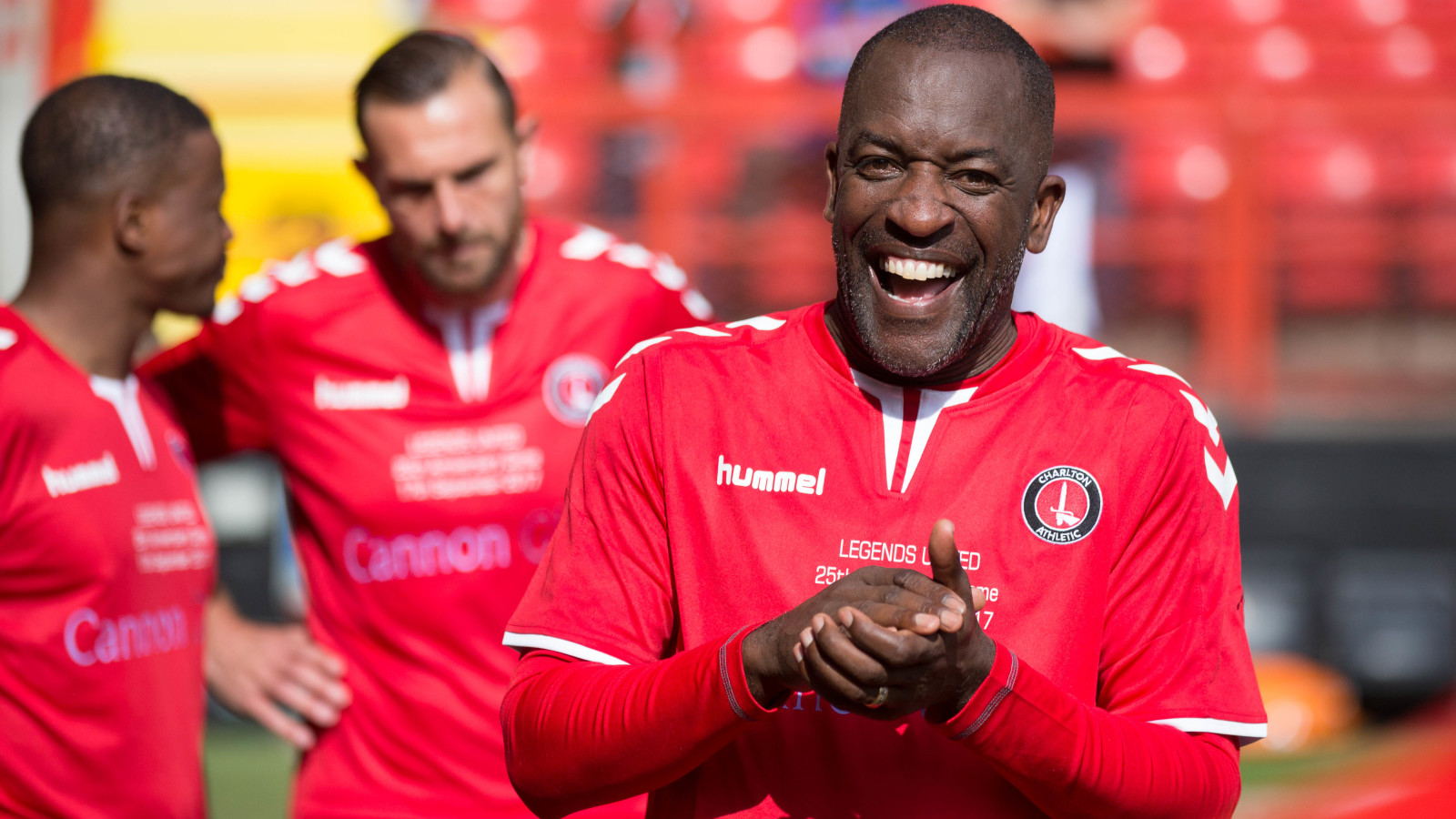 Chris Powell wore a beaming smile at The Valley on Sunday afternoon, having dusted off his boots to play in the Legends United charity match.

The former England international, a favourite in SE7 as both a player and Manager, starred in Keith Peacock’s XI as they overcame Dave Berry’s XI in a penalty shootout, having contested a 3-3 draw.

Powell may have settled the match in normal time, however, after Kevin Lisbie, who was on a hat-trick, was fouled in the area but Powell smashed the resulting spot-kick over the bar.

And afterwards he was able to laugh about his forgettable penalty on what was an unforgettable and fantastic afternoon for him and a number of his old Charlton teammates.

He said: “First off, it is remarkable how far we have come as a club – I say ‘we’ because once you are part of the Charlton family, that is who you are and that is how it stays.

“Twenty-five years back here at The Valley, a spiritual home, and of course the great work of the Community Trust is something that we should be very proud of.

“I am amazed at the turnout, not only by the fans but also the players; Herman coming from Iceland, Kish from Bulgaria, Kins popping over from Ireland. It was really great that the lads gave up their time for the football club.”

As well as being reunited with a number of his old teammates, Powell was also thrilled to have dusted off his boots and got back out on the SE7 pitch.

He said: “It was a little bit surreal, and I was saying so to Paul Mortimer. You are out there and thinking ‘this used to be my office; this is where I used to work every Saturday and midweek’.

“Then you realise that your legs aren’t the same but your love for the game never leaves you. To don the red of Charlton again was great and even though I’m 48 now, you still feel as if you can play like you were 28.

“It was great to play with lads from different eras and it was a great day for everyone.”

Supporters can watch Powell’s interview in full on Valley Pass

All proceeds from Legends United raised funds for Charlton Athletic Community Trust’s work in the heart of the community. You can donate online by visiting cact.org.uk/donate