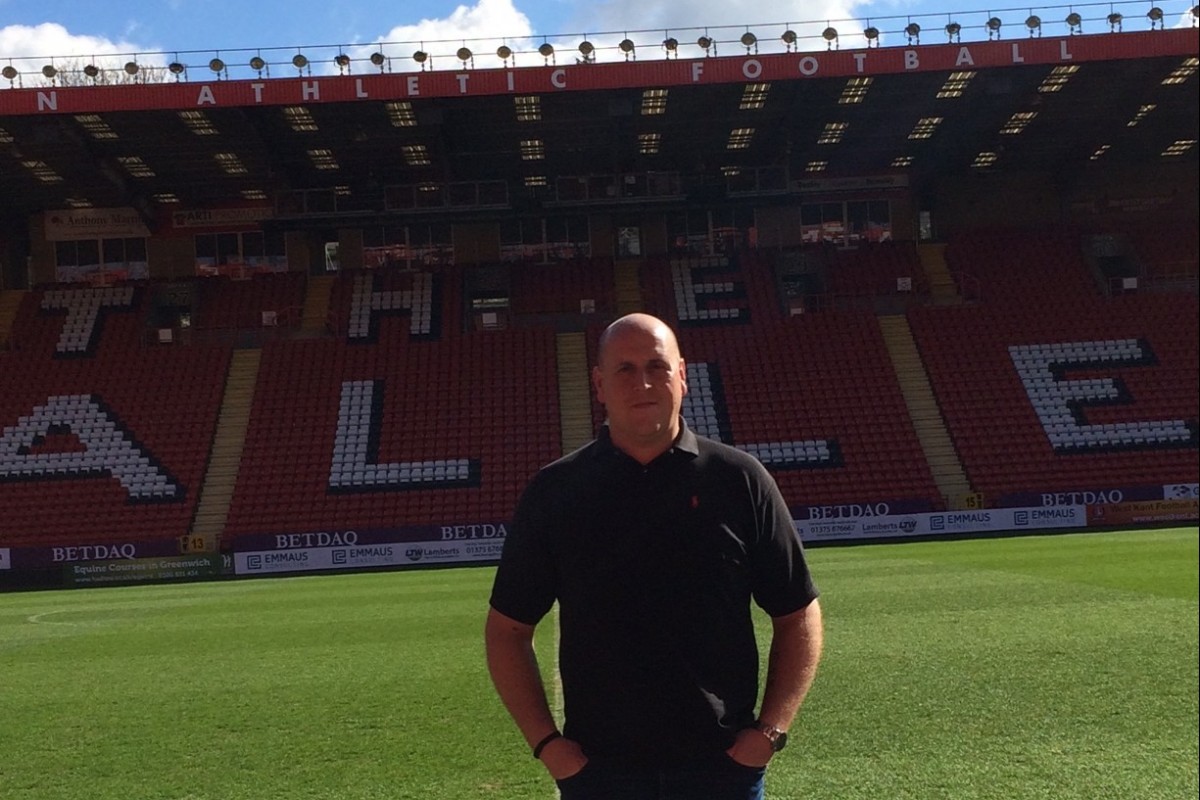 Lee, one of Charlton Athletic Football Clubs’ security guards, approached the Charlton Athletic community trust’s health improvement team when he heard that we were launching our men’s health programme ‘Football Fans in Training’, unfortunately because of the nature of his job and his busy work schedule he was unable to commit to attending the 12 week men’s health group. So when the trust signed up to take part in the fanActiv programme, the 10 week competitive programme against Tottenham hotspur, Fulham, crystal palace, Brentford, Watford, Leyton orient, QPR and AFC Wimbledon, to earn points by making positive lifestyle changes, such as getting more active, eating healthier and getting more sleep, Lee was very keen to get on-board.

The fanActiv programme encourages participants to make these lifestyle changes through the use of a Fitbit - a wearable device mostly used to track steps and active minutes, but also has the facility to track sleeping time, water intake, calories etc and each section of which earns the participant points for their team.

The collection of points is a major motivator for lee ‘I wanted to get more active and doing it as a group keeps the competition up- it’s good that everyone can talk about their own experiences’. Lee now walks the 25 minutes to and from work every day, he takes every opportunity he can to walk around the stadium and lifts are a strict no go for lee who hasn’t taken the lift since the challenge started and when Lee is not at work he gets his steps up by visiting the gym for an hour and a half at a time.

Lee visited the Happy New You roadshow when it was in Charlton where he got his height, weight, blood pressure and blood sugar checked by one of the advisors on the bus, he said that he would not have visited his doctor to have checks, but that he is really glad that he saw one of the advisors as they made him feel comfortable.

Since starting to participate with the fanActiv group Lee has noticed some positive changes to his fitness levels, the walk to and from work is now much easier that before the programme started. ‘Its funny how a piece of plastic on your wrist can change your perspective’

Lee admits that now he recognises the importance of eating healthier and being more physically active ‘there’s no point doing it if you’re not going to eat better’ and plans on keeping up his activity levels when the competition ends as he doesn’t want to be a 40 year old dad that can’t run after his children.