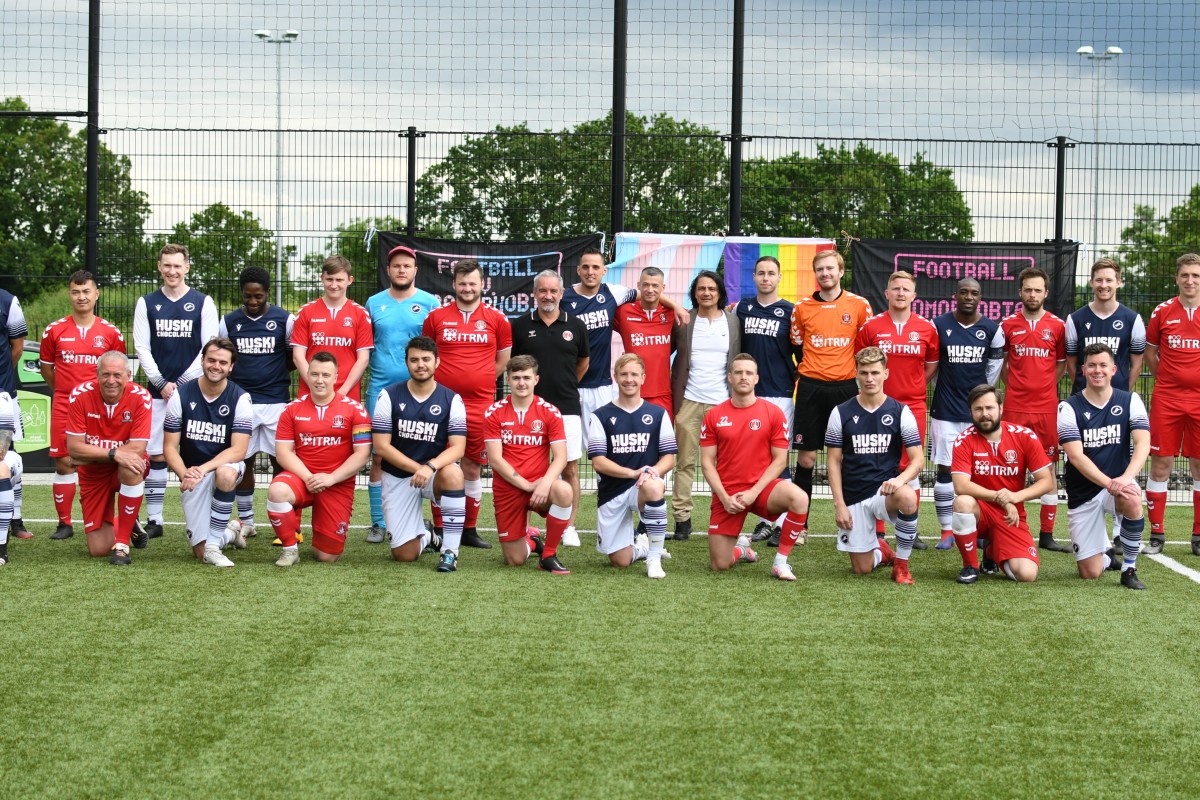 He said: “I enjoyed going along and meeting the team on Sunday, to be part of another historic first for the club. It was great to see representatives from Charlton and Millwall standing side-by-side to promote equality.

“Charlton has a long, proud history of tackling discrimination and promoting equality. We were delighted to win the Football v Homophobia club award this season. It is a testament to the great work we have been doing as a club working with our LGBTQI+ supporters’ group, the Proud Valiants, and Charlton Invicta.”

“Both clubs are tackling the issue of homophobia, biphobia and transphobia in football head on with the support of their LGBTQ+ inclusive football teams.

“Invicta is more than just a football team and it’s bigger than just what happens on the pitch on a Sunday afternoon. It’s a community built on social inclusion and support. It’s about giving people the opportunity to play football in a safe, friendly and welcoming environment. It’s about it ensuring people can always turn up and be their authentic self.”

Both sides took the knee before kick-off to show support in the fight against racism and all forms of discrimination, with Millwall Romans ending the game 2-0 victors.

The framework comes after a recent EFL review of the club’s EDI work, which highly commended Charlton’s commitment to equality, diversity and inclusion work.