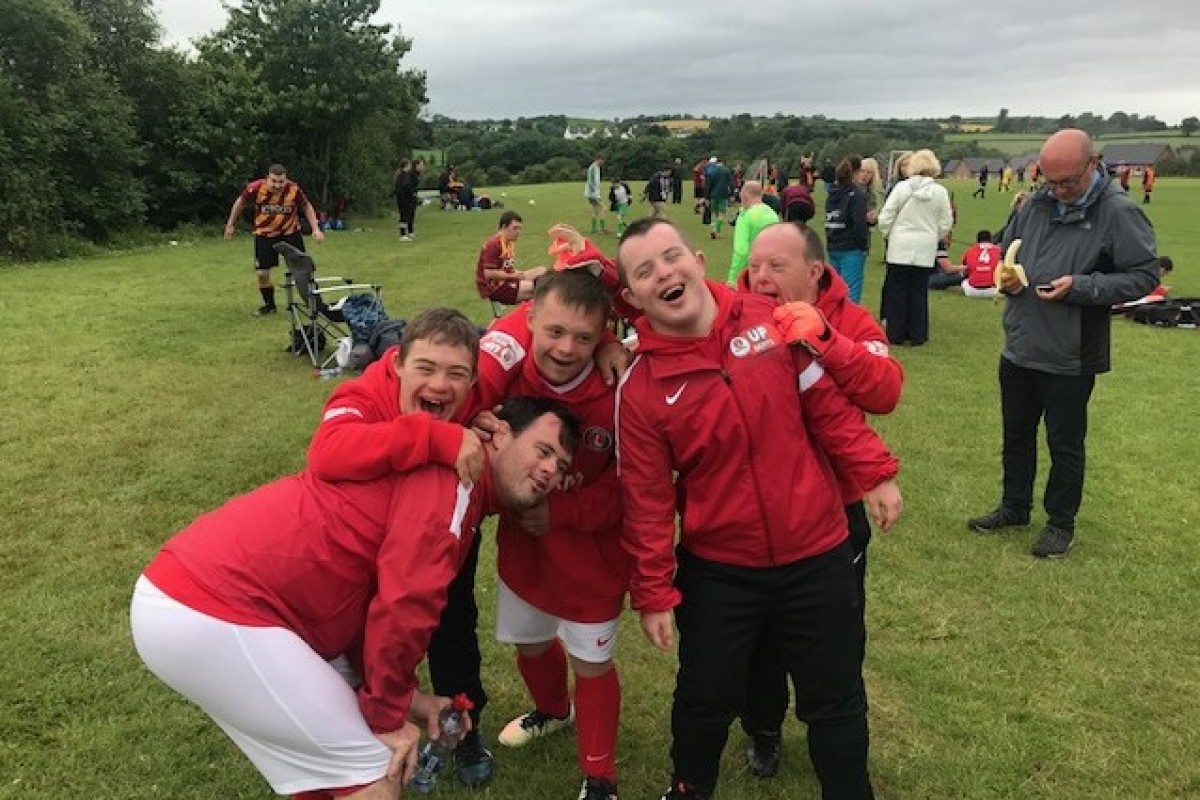 Organised by the Irish FA, the tournament involved more than 70 teams from across the UK and Republic of Ireland, with the Upbeats appearing for the second year.

The Upbeats’ squad has grown as more and more want to take part, and 11 players went, playing in two five-a-side teams.

Participation was part-funded by Charlton Upbeats Day in April, and flights were paid for by Welling United Community Trust, while the Upbeats also receive support from Regular Cleaning, ITRM, WJ King and Charlton Life.

It was a pan-disability tournament, with participants having a learning and/or physical disability and/or sensory impairment. All took part in a grading session on Thursday to ensure teams competed at the right level.

Both Upbeats teams competed in the same 24-team band and won three games out of five in their six-team groups. The standard across the bands was remarkably high, and it was a great experience both on and off the pitch.

Staying at the La Mon Hotel, which regularly hosts the Northern Ireland national team, the group went bowling and danced to a DJ set.

“Travelling to Belfast with the Upbeats again this year was a real pleasure. Spending time with the players and their families makes you realise what an amazing project we have. The players competed at the highest level they ever have and performed very well, confronting every challenge they faced head on.

“They also represented CAFC and CACT in the correct manner, and their behaviour and attitude toward other teams and officials was impeccable. They are always improving as a team and individually. They have also grown into fantastic young people who we are very proud to be connected with”.