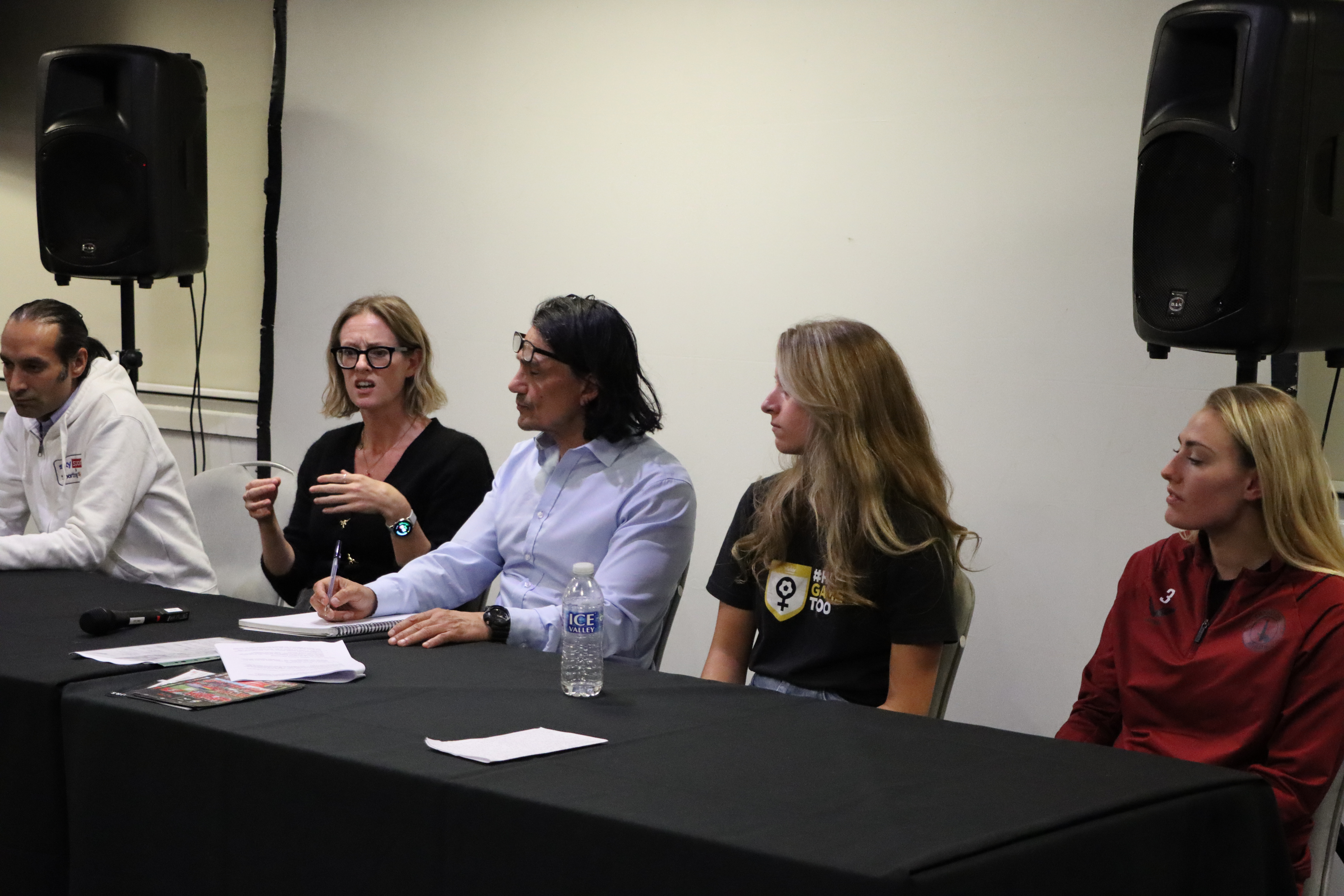 Charlton Athletic Football Club and Charlton Athletic Community Trust (CACT) were proud to host a screening of iconic film Bend it like Beckham at The Valley as part of the Charlton & Woolwich Free Film Festival.

The ground-breaking film, which celebrates its 20th anniversary this year, tackles a range of themes, including race, identity, discrimination and equality, as well as women’s football.

The discussion saw panellists share their thoughts and experiences of women’s football and discrimination and take audience questions on a wide range of themes.

“This is a first for the Club, and a great example of how innovative and forward-thinking Charlton are, when it comes to exploring different ways to engage with different communities – the feedback has been incredible.”

“It was lovely to see the film again and think about it in a different light. Instead of watching it casually, thinking about it from an EDI perspective and challenging some of the ideas.

“We went into quite a few different topics, including sexism and homophobia in football. And we discussed there how as a community we can do things to support the women’s game and big it up a little bit more.”

Natasha Everitt, Charlton Athletic’s Her Game Too Ambassador, spoke on the panel about her own experiences at her secondary school, who didn’t want her to play football. She said:

“A lot of girls in this country play at primary school and fall in love with football but then get to secondary school and there’s not that access there.

“With the open letter [to the government], the Lionesses were saying ‘don’t let this opportunity where millions have been exposed to it pass, give them the access to it at school’”

“Particularly with women’s football, it’s so important to be encouraging the next generation of fans to come along, not just to see the women’s team but the men’s team too

“You’re building the next generation of players and fans, we’ve got to take advantage of the interest in it after [the Lionesses’ success] this summer.”

“This was a fantastic event that celebrated diversity in both fun and serious ways. Great film and the panel discussion really capped the evening off.

“Plenty of food for thought and we look forward to more of these events in the future and further collaborations between the club and community groups such as The Charlton & Woolwich Film Festival.

“Anything that boosts the profile of the club in the community can only be good for attracting more fans for all the teams that are a part of the Charlton Athletic sporting family.”

The discussion had opened with an anecdote from CACT Ambassador and former Club Commercial Director, Steve Sutherland, who described being approached with an idea for a film which would have included Charlton Women taking part as losing opponents and turning it down – the film was Bend it like Beckham!

Click here to find out more about the Charlton and Woolwich Free Film Festival.