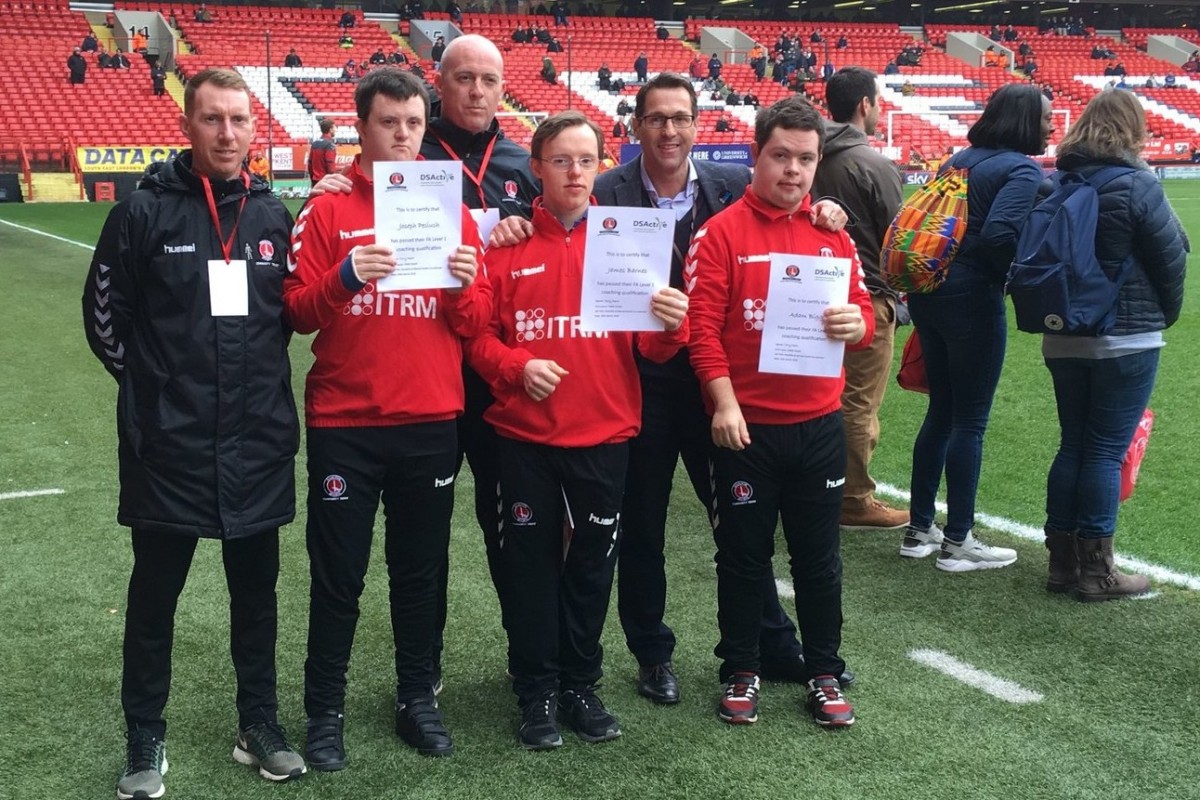 Five of the Charlton Upbeats have completed their FA Level 1 in Coaching Football qualifications, becoming some of the first young people with Down’s syndrome in the country to be qualified football coaches.

Adam, James and Joseph were presented with their certificates at The Valley on Saturday 24 March by Charlton Athletic Community Trust (CACT) Chief Executive Jason Morgan MBE prior to Charlton’s Athletic win over Plymouth Argyle.

The qualification will give the group the opportunity to coach some of the younger Upbeats and also open a pathway into coaching elsewhere.

The upcoming Upbeats Walk on Saturday 14 April ahead of Charlton’s game against Scunthorpe United will celebrate 10 years of the programme, with supporters encouraged to sign up to take part in it. The programme is entirely funded by voluntary donations, so money raised by the walk is vital.

“We’d like to congratulate Adam, James, Joe, Perry and William on their FA Level 1s, which will allow them to coach younger Upbeats but also externally.

“This is an example of the impact the programme can have on aspirations, and we hope as many supporters as possible will join us for the Upbeats Walk on 14 April to help to continue the work taking place.”

Click here to read a recent report highlighting the impact of the Upbeats programme.