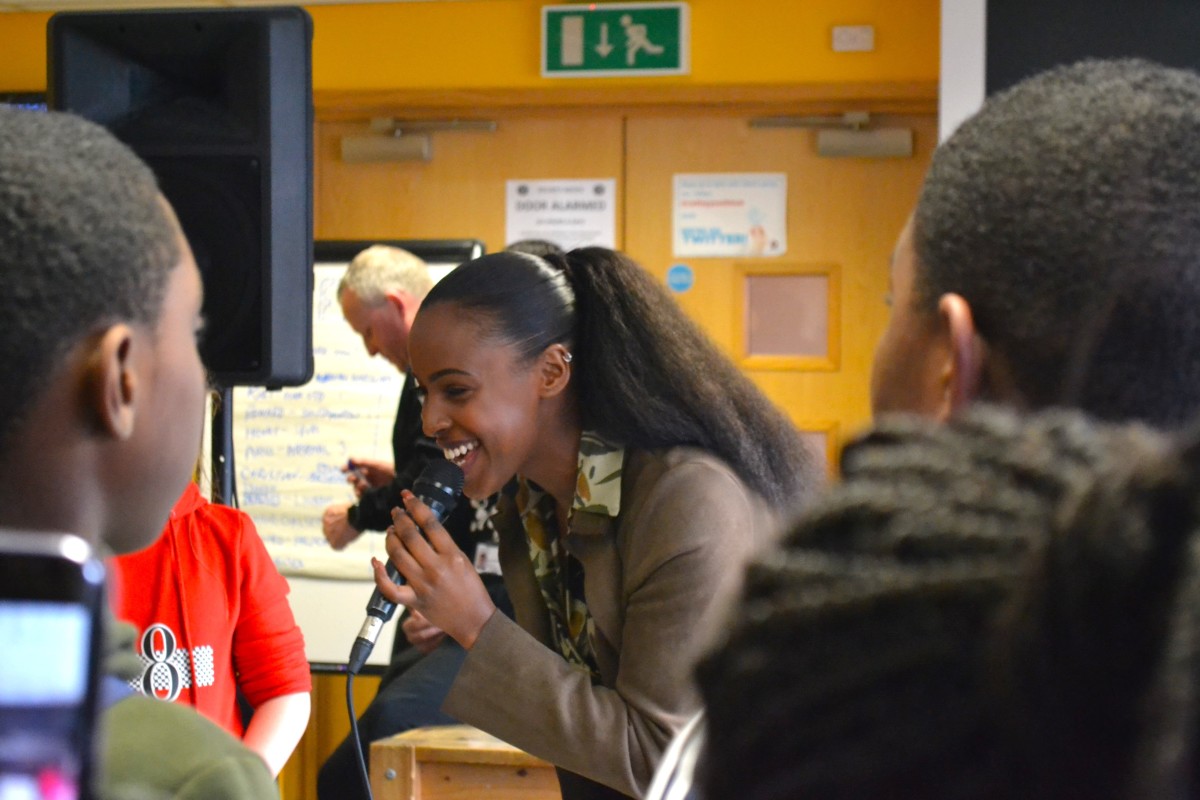 After months of closure, Valley Central Youth Hub re-opened on Monday 8 April, welcoming young people across the Royal Borough of Greenwich and a number of special guests. It was an eventful day filled with celebration as local young people and parents came to the newly renovated hub for the first time.

There were many activities and entertainment included from arts & crafts to FIFA tournaments, boxing with partner Champions 4 Change and in-house table tennis and pool games complemented with food prepared by Young Greenwich staff.

Singer/Songwriter & Young Greenwich Ambassador Autumn Sherif attended the event and graced the stage with her own song as a celebration of the re-launch. Autumn also mingled with the young people and drew out the raffle for the young people.

Happy about the turnout and new look, Autumn said:

“Coming to the Valley Central re-launch was really fun. I’m just glad the young people get the opportunity to have a space to come and exercise their freedoms and do what they want to do and get the help that they need.”

Charlton Athletic midfielder Jake Forster-Caskey also attended the re-launch event. The young people had the opportunity to meet and play table tennis and FIFA 2019 against him, which they really enjoyed. Excited about the re-launch, Jake, who also drew out the raffle, said:

“It is important because some young people aren’t fortunate enough to be able to take part in activities like this and Charlton are doing a great job in allowing kids to have times to get active and obviously every child needs that.”

Councillor Gary Dillon and Councillor Linda Perks who both represent Charlton Ward attended the re-launch and enjoyed the events which took place. Delighted about the events, Linda said:

“If you’ve got a focal point like this for the youth of the area, it will play an integral part in the community cohesion. You can see that there’s a good mix of people here from all over Charlton. The positive stuff from within the centre just feeds on to the community.”

All guests had the opportunity to see the fantastic redecoration carried out by ADS Painters & Decorators & the fantastic bespoke mural designed by artist Kim Ruiz. Both helped Valley Central get a vibrant new look as part of the re-launch.

Young Greenwich would like to thank all guests who attended and staff who helped to re-open one of Royal Greenwich’s vital areas for young people.

“I’m so pleased our relaunch event was hugely successful in bringing the community together, and it’s been amazing hearing such positive feedback from young people, parents/carers, other youth organisations, councillors, our special guests, and staff.

“None of this would’ve been possible without the passion, hard work and dedication of our team at CACT. I’ve been really looking forward to having the youth club back open for young people in the area to have a safe and supportive space and I was so happy to see 20 young people attending our first youth club session on Tuesday which has made even more committed and excited to keep growing Valley Central Youth Hub with the young people.”

Valley Central is one of four main Young Greenwich hubs across the Borough delivered by Charlton Athletic Community Trust (CACT) on behalf of Royal Greenwich.

As part of Young Greenwich, Valley Central is now officially open, offering a range of free activities and sessions to young people aged 10-19 or up to 25 for young people with Special Educational Needs and Disabilities (SEND).

The opening hours are:

To attend or become a member, please head over to Valley Central Youth Hub or visit the Young Greenwich website.