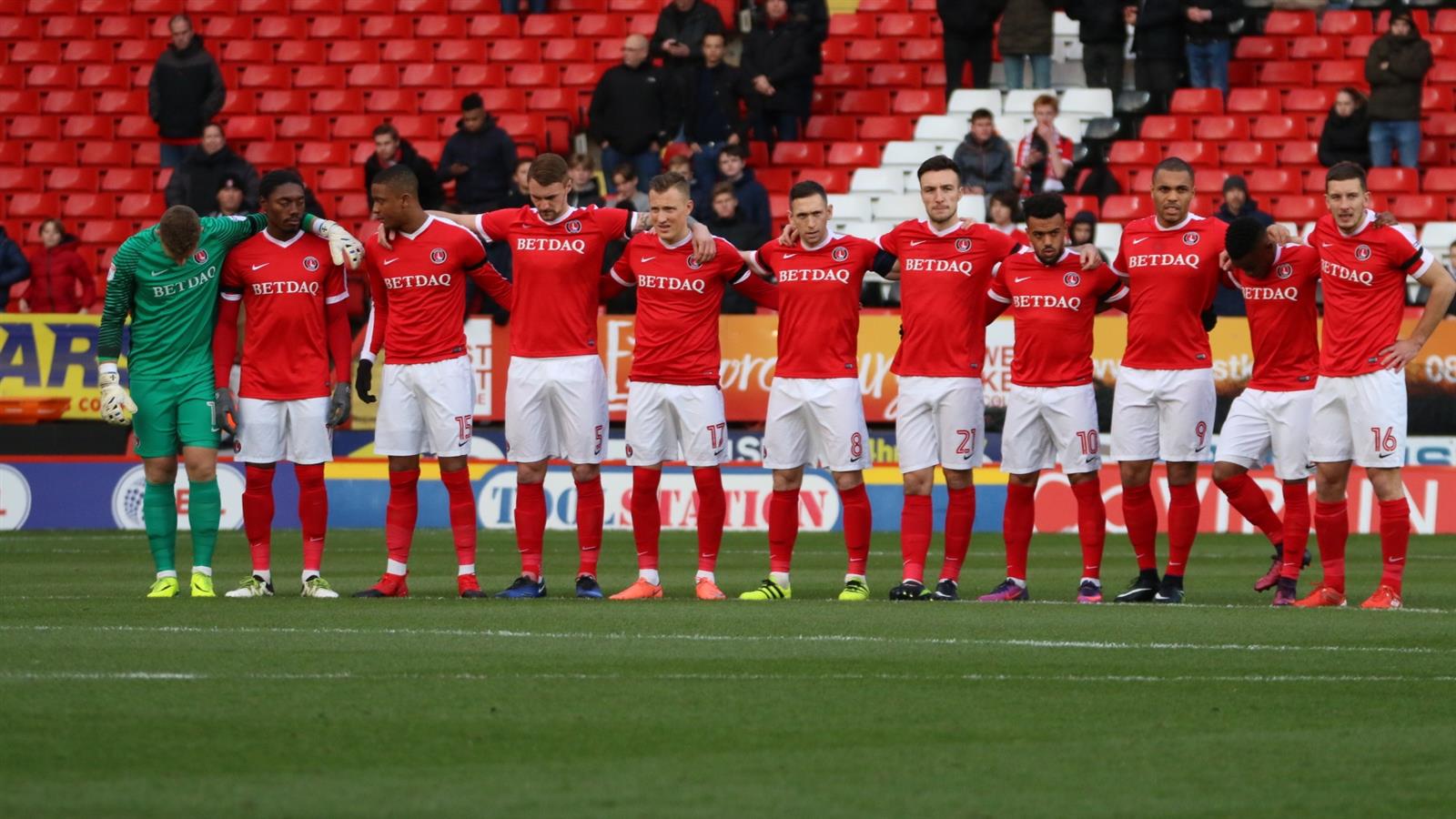 Olly Groome reports
Supporters can now submit the names of family, friends and colleagues for Charlton's annual memorial at The Valley.
Tributes will be paid prior to kick-off against Bristol Rovers on Monday, January 2nd (3pm), when fans, players and officials from both clubs will unite for a period of applause to remember all those connected to the two teams who have passed over the past 12 months.
A list of names will appear in that day's Valley Review, as well as on www.cafc.co.uk the following week, and will scroll up the big screen while the memorial takes place on the day.
Supporters are invited to submit the names of their loved ones to be remembered before the deadline of 5pm on Wednesday, December 21st.
All of the names which have appeared in the Deaths section of the matchday magazine's Personals page since the last tribute against Nottingham Forest in January 2016 will automatically be added to the list for the applause, as will the names of those supporters whose ashes have been scattered in the memorial garden at The Valley during this period of time.
Fans can send in names for the memorial by emailing memorial@cafc.co.uk or calling 020-8333 4000.
Previous Next
Read Time: 1 mins