Free entry to Crossbars before and after Saturday's local derby 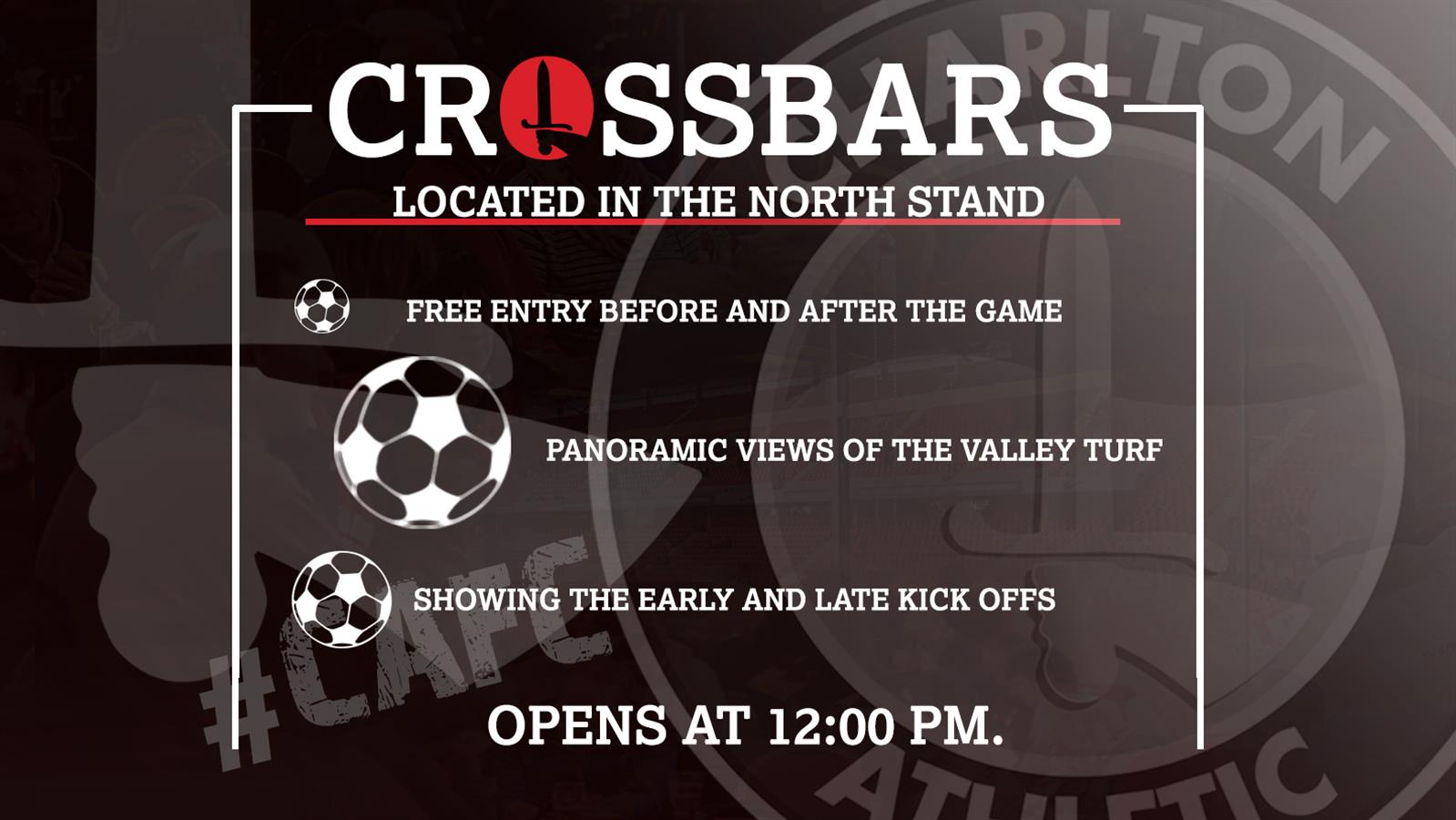 Charlton season-ticket holders and home supporters with match tickets can gain free entry to fans' bar Crossbars before and after Saturday's local derby against Millwall at The Valley (3pm).

The lounge, located in the Covered End, will open at midday on Saturday and offers great views of SE7's immaculate playing surface.

With a capacity of over 500, it is a cracking way for fans to warm up and cool down from every Addicks game of the season.

Fans can also get access to the fans' bar at half time, if you are seated in the North Stand Upper.

Tomorrow afternoon, the lunch time kick-off between Tottenham Hotspur and West Bromwich Albion will be shown live in Crossbars, as will the late match between Leicester City and Chelsea.

Season ticket holders are eligible to buy up to four tickets for the game and supporters on the ticket office’s database can buy up to two seats, though they must have tickets for at least two home matches - excluding games against Millwall - registered to their account since August 2009.

Seats for the local derby can be purchased by visiting The Valley in person or by calling 03330 14 44 44. They are not being sold online and the same restrictions will apply on the day of the match.