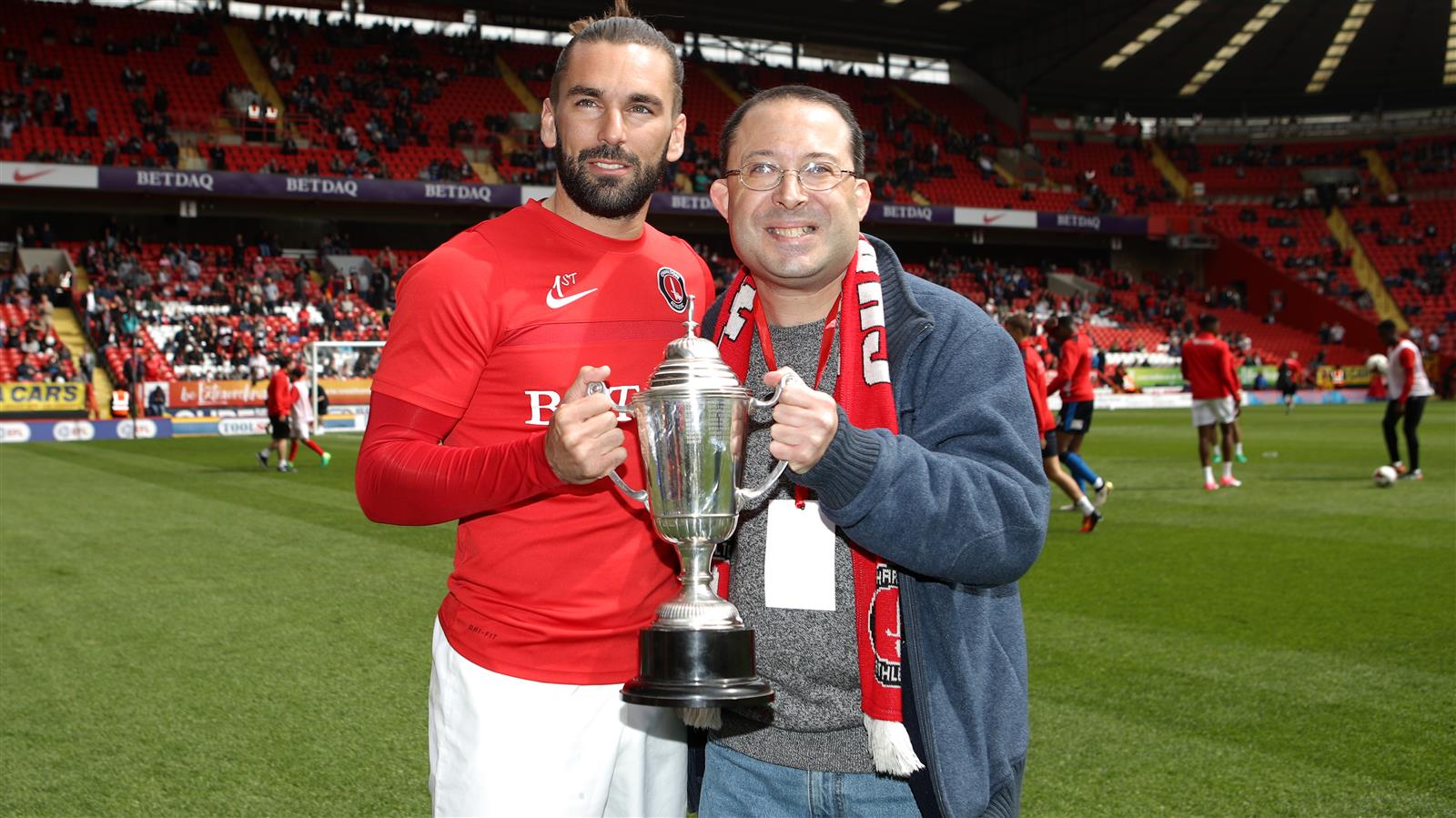 Ricky Holmes was a double award winner on Sunday afternoon and he was delighted to be recognised by fans for his performances this season.

In the game itself, he bagged his 13th goal of the season as Charlton ran out 3-0 winners and the 29-year-old says that he was pleased with the way the season went for him on a personal level.

“It’s a great achievement for me at such a huge club,” he said. “The season has been a bit negative as a whole because I signed here expecting to get promoted but, on a personal level, to come away with the Player of the Year award from such a good changing room, full of good players, I just want to say thanks to everyone that voted.”

Manager Karl Robinson praised his award-winning wideman, who ended the campaign as the club’s top goalscorer.

“Ricky was injured for the first 10 weeks of me being here and what I noticed then was what a big character he is around the building.

“The most important thing for me has been what he has done on the pitch on a Saturday afternoon and Tuesday evening and he has certainly endeared himself to the fans.

“His work ethic is superb and the goals and assists that have come with that are the icing on the cake.”

Tony Farrell from CADSA added: “Ricky has been an inspirational player this year. The team have struggled at times but Ricky would be a good player in any team – he gets supporters excited.”

“On the whole, our award tends to go to a different player from the one that wins the main award but this year Ricky was the standout candidate.”