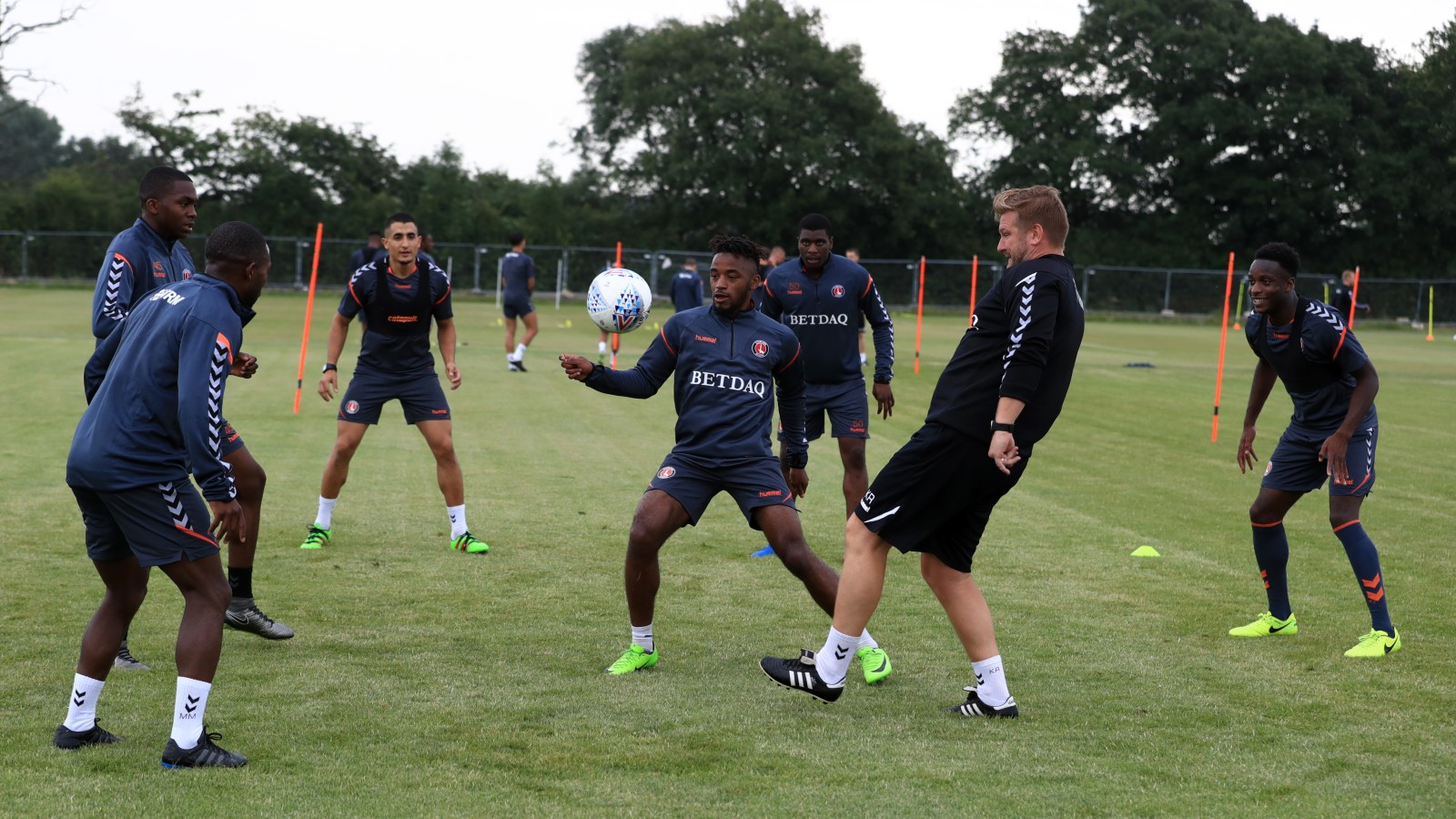 Of course, amongst the familiar faces, there are some new faces too and for Billy Clarke, Mark Marshall and Tariqe Fosu, Tuesday gave them the opportunity to settle in to their new surroundings.

From the media team’s point of view, it gives us our first opportunity to finally bring the fans some coverage of the lads back in action having been starved of anything of the sort for nearly two months (although it always feels like much longer, doesn’t it?!).

Just seeing the players in the new hummel training gear might be enough to keep you going for a day or so. Sure, it doesn’t quite have the pull of a new signing, but it’s something to fill the void until the full reveal of this season’s new kits (they are coming, we promise!).

From a personal point of view, the first day back out on the Sparrows Lane pitches gives us the opportunity to play around with some new ideas and technology and in the summer of 2016, we broadcast live on Facebook for the very first time, allowing supporters to watch the first-team squad take on the dreaded ‘bleep test’, which proved popular.

It has now become a tradition of sorts and it was number one on the agenda again this year. Club legend Keith Peacock was on hand once again during the broadcast to reminisce about his pre-seasons as a player, while giving his opinion on who he thought would fare best. Ultimately, it was the academy graduates who came out on top. In fact, 11 of the last 13 men standing were academy products, with Aaron Barnes winning out overall with an incredible effort.

But perhaps the most pleasing aspect was Ahmed Kashi’s input. After being sidelined for so long, many wondered whether they would see him in a Charlton shirt again, but since returning, he has shown how hard he has worked to return to fitness and to reach the last four of the ‘bleep test’ was a very promising sign of things to come from the Algerian.

The first week of pre-season is often a chance to really put the players through their paces, which means double sessions, and after a break for lunch, the lads were back out for their afternoon session with a bit more running on the agenda.

First though, were a few drills, with the squad split up into three groups. One of the drills was a game of ‘piggy in the middle’, with Karl Robinson officiating, as well as taking part.

All was going well until Patrick Bauer caught his boss with a high foot, sending him sprawling across the turf! Naturally, it was all caught on camera and posted straight to Twitter for all to enjoy.

With the launch of the new-look cafc.co.uk, it is our aim to bring even more behind-the-scenes content from Sparrows Lane, with a bigger insight into the inner workings of the club, and bring you closer to the players themselves.

Any feedback, as always, is welcome, so please feel free to get in touch by emailing website@cafc.co.uk to let us know what you want to see more of.