"One of the toughest pre-seasons I've had in many years" 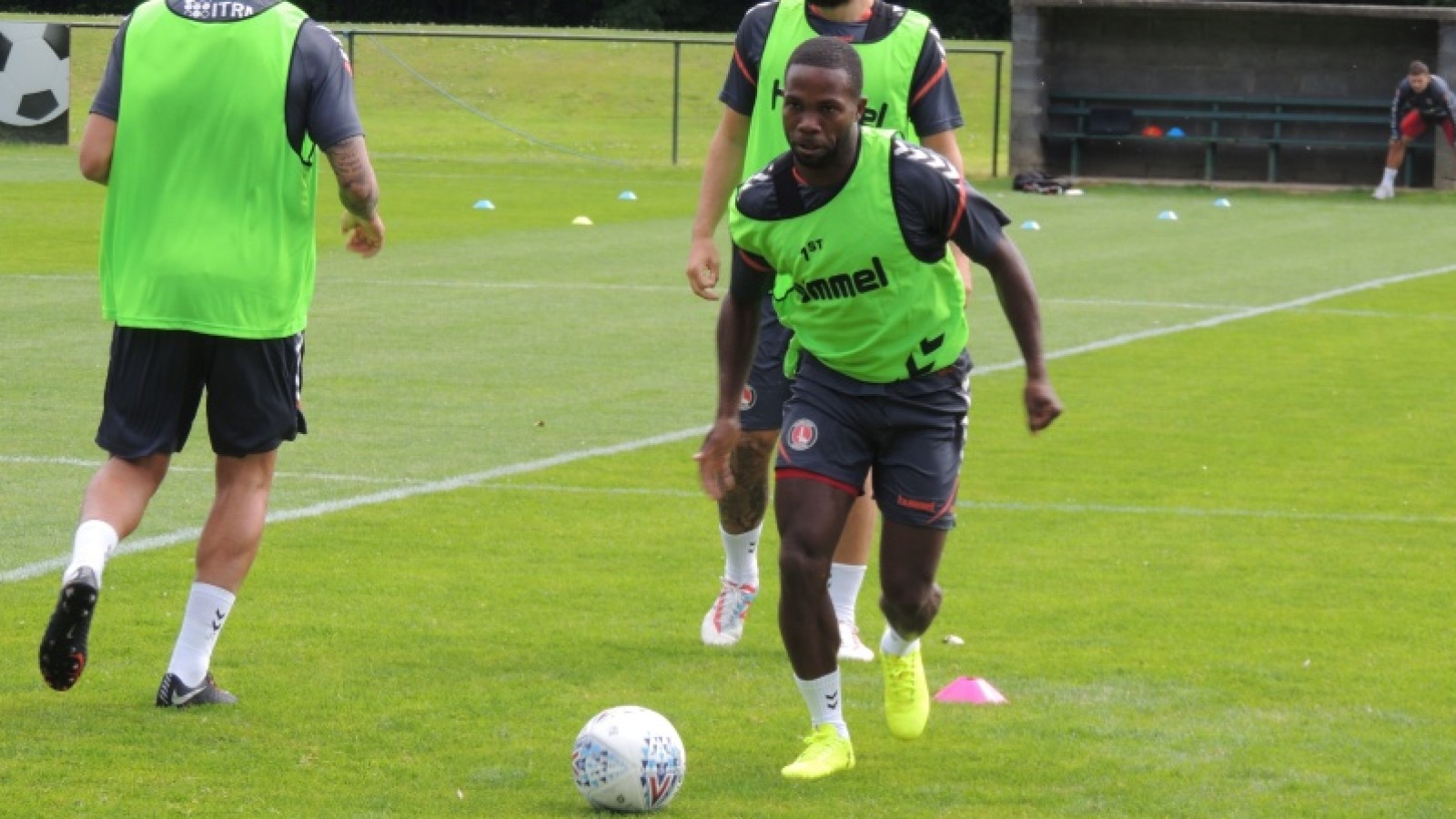 “This is one of the toughest pre-seasons I’ve had in many years.”

Moments after completing the ‘flower run’ on Sunday afternoon, new signing Mark Marshall did not mince his words.

The drill is a pre-season favourite with sports scientists and fitness coaches up and down the country and involves players running from the centre circle to eight different marked locations on the pitch and back.

The Charlton squad had to do seven circuits of it. And that came after an intense session in the midday sun.

The session was also their second of the day. The squad were in for testing at 7am before heading to the Portmarnock Beach to complete a 25-minute run and 20 minutes of ball work.

Training on the beach is something that centre-back Jason Pearce is used to. He helped AFC Bournemouth to promotion in 2010, though his coast trips with the Cherries came in different circumstances.

“We used to go to the beach as a warm down and get a hot chocolate,” he laughed. “There was no hot chocolate today and it was good to get our legs going so early in the morning.

“When you walk out and see the blues skies, I think the fans may think that we’re having a jolly-up but it’s definitely hard work. The run was tough and we know that we have got more of them to come.”

Both Pearce and Marshall fully appreciate the benefits of hard graft in pre-season. The base layer of fitness will prove vital in the upcoming campaign but that does not prevent them from feeling tired now.

“I’ve been nodding off whenever I get the chance!” A smiling Marshall said. “The beach run we did this morning was quite hard and the distance is quite deceiving.

“You see the red hut at the start but as you run it seems like it gets further and further away!”

Marshall, Bradford City’s Player of the Year for last season, continued: “Obviously, the gaffer wants us to be fit and in this league you need to be able to run.

“A lot of it, at the moment, is mind over matter. The boys are dragging each other through it and when you hear that positive voice it gives you that little bit of extra energy to keep going.”

Before heading out to Ireland, Karl Robinson left his players under no illusions as to how hard they would have to work. He’s pleased with how they have performed so far.

He said: “I don’t think any player expects it to be anything other than difficult and we are already starting to see some of the fruits of labour.

“The speed and the athleticism of the group is getting better and I’m pleased with them.

“The boys will get a night off where they can let their hair down – I’m not that strict. Primarily, we are here to work. You don’t get success by just turning up.”