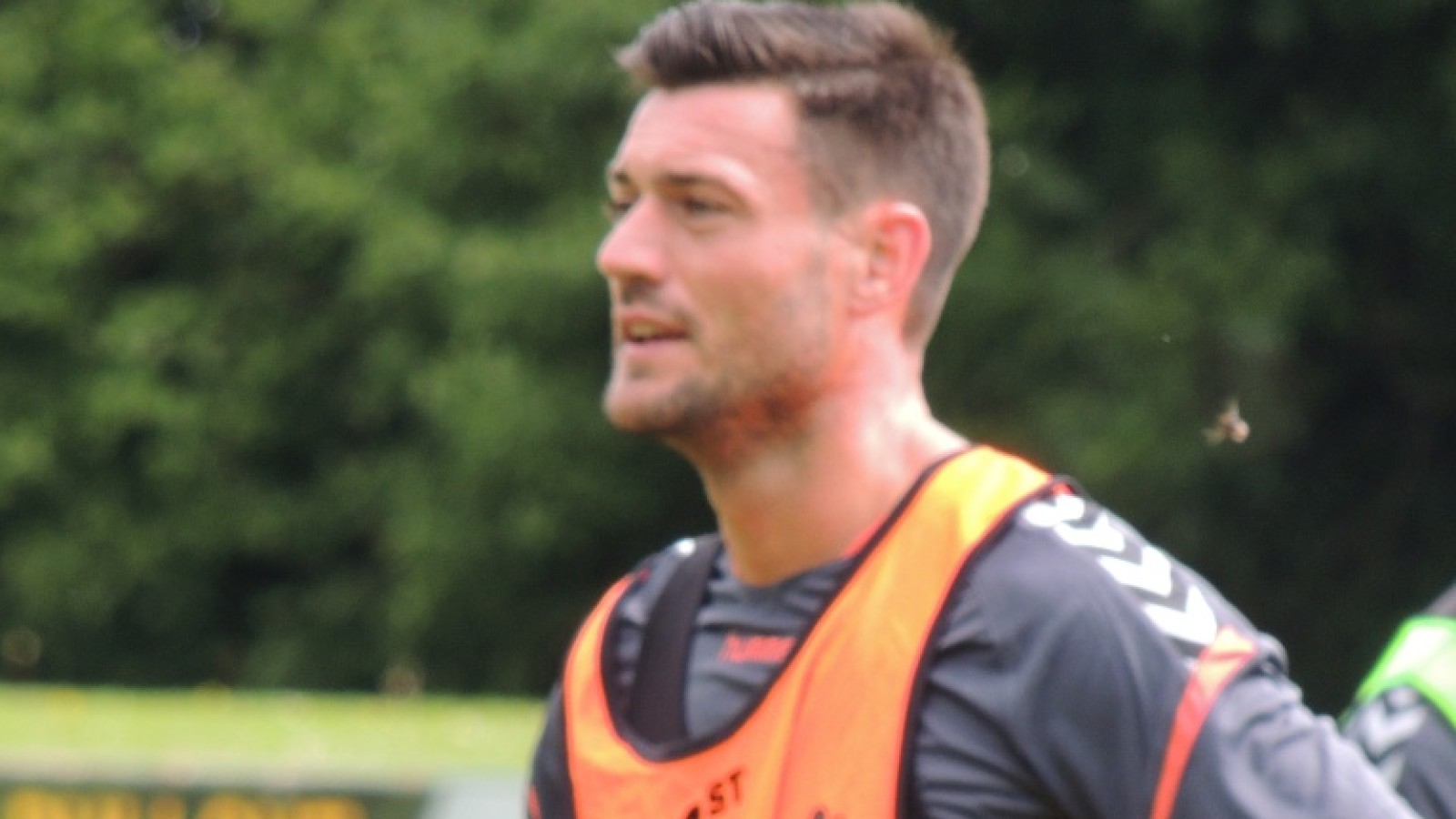 Johnnie Jackson is enjoying his transition from player to coach as the Addicks first team continue to be put through their paces during the pre-season training camp in Ireland.

The skipper has been ingrained in his role as a player for the first two days of intense training in Dublin, but briefly switched over to his new role of Player/Coach during day three, leading the defenders though a drill.

And the midfielder is enjoying the challenge of balancing his dual roles.

“Today summed up quite nicely what my role will be about,” explained Jackson.

“I’ve done everything with the lads - warmed up, did possession, did the running - but we needed a third coach for the units, so that’s when I will go out and do my bits, before coming back in for the games at the end of the sessions.

“I’m still integrated into the training, particularly with the fitness side of it and keeping sharp for the games coming up for if and when I’m needed during the season. I’ll always have to be ready and on top of my training, but this is a perfect chance to dip my toe in and get the coaching work in as well.

“It’s different and feels a bit strange to come out of the session, do a bit of coaching, and come back in to carry on playing, but it’s really enjoyable.”

With three days of hard graft under his belt, Jackson confirmed that the current pre-season programme is amongst the toughest he has faced in his career and certainly the hardest he has faced in many years – a fact he believes will be of great benefit to the players.

“It’s the toughest pre-season for a long while,” said Jackson.

“When I was an apprentice, I remember you used to get battered. That seemed to change a bit over the years and it came more about the technical stuff which meant you did less running, so pre-season was a lot easier than it used to be, but I think it’s come back full circle.

“The hard work and runs are coming back. At the end of it, you’re on your knees and dying for a drink and some breath!

“They’ve been really, really tough and we’ve had a few hard days out here, but everyone has put it in and seem to be enjoying the hard work.

“That feeling of getting fit is enjoyable – it certainly is to me – and if you ask people out of the game, they say they’d love to be able to do it. While you’re doing it and running, you just can’t wait for it to end! But the feeling afterwards, knowing that it’s in the bank, you’ve got the hard work done and you’re feeling fitter is a good feeling.”

After nothing but hard work since arriving in Ireland, Charlton’s players and staff will enjoy an evening off on Monday with some team bonding planned to unwind. And Jackson is looking forwards to a well-earned breather!

“I think it’s hard-earned after the few days we’ve had and we’ll have a lighter day on Tuesday before getting back to the hard work on Wednesday,” he said.

“You have to break it up with little rests like that because we’ve had two tough days and, if you were to go again on the third day, that’s when you risk injuries.

“So we can use that time to have a social gathering, get to know the new boys a bit better and get them integrated. It’s great when you’re all away

together to get the opportunity to do that.”