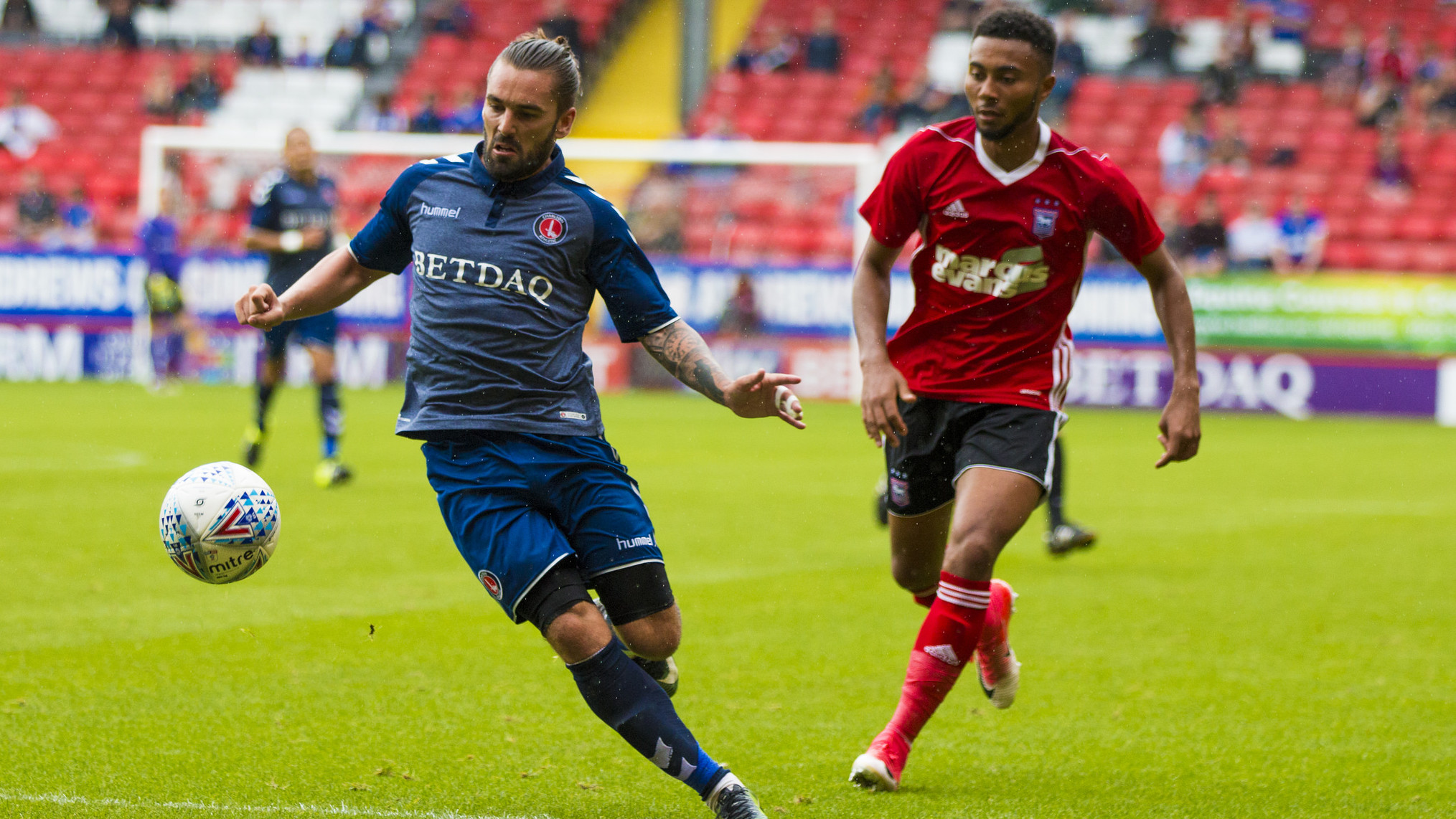 Ricky Holmes bagged two goals and two assists in Charlton’s 6-1 victory over Ipswich Town at The Valley on Saturday afternoon and after the match he sat down with the assembled media.

He was quizzed on the match itself, pre-season, his targets for the upcoming campaign, the rumours linking him with a move away from Charlton and more.

Here’s what he had to say on the key topics…

On our 6-1 win against Ipswich…

It’s a good way to sign off – pre-season has been very tough. I’ve had niggles and I’ve only played the three games in the last week. To beat a championship team in that manner I just hope we haven’t peaked too early.

It gives us the confidence; with Josh scoring – you want your centre forwards to score goals - Tariqe scoring, Billy getting a couple of assists, it all looks good.

It all seemed to come together and against a good Championship team that always finish in mid-table, I’m looking forward to Saturday now.

On not getting carried away by one result…

I don’t think it is the fans [that should worry about getting carried away], it’s us. We know we can’t be that team that thinks we can just turn up and win. We need to play like that every week.

The main thing for us was our shape that we worked off. We let Ipswich have the ball on the half-way line, kept a shape and countered on them with our pace and it worked.

We know what we are here to do, we know our aims, we’re a big club, we get supported well and we need to get off to a good start.

On the rumours linking him with Sheffield United…

I looked at it because you always have to. I was being offered Championship football but then I was also happy and playing some of the best football I have played in my career last season at Charlton.

I was never trying to leave. I asked to be rewarded and fair play to the club because they have. The owner and Katrien seem like they’re pushing in the same direction as the squad.

On the signings made at Charlton this summer…

The signings we have made are class. You saw on Saturday, Billy is a great footballer and plays the way we want to play, Marshy has unfortunately got his injury and I know him from playing together at Barnet.

He’s a brilliant player and probably the best winger in the league on his day. He’ll be like another new signing when he comes back fresh in October.

Tariqe can tear defenders apart and all the way through the team; Kashi is like a new signing. He can be the best number six in the league. It all looks bright.

On whether Josh Magennis can get 20 goals this season…

Why can’t he go and get 20? He got 10 last year in a team that struggled – there are no questions about that. If we are successful and we play like we did today then he can easily double that and us in behind will chip in with double figures.

I don’t think you can forget Lee Novak either. He had a bad time with injuries last year but once he gets fit them two and Tony Watt will all be fighting for a place. There is competition all over the place.

On the difference between this summer and last summer…

It’s been a harder pre-season. The quality of players we have is a lot higher and we have better strength in depth. There’s a togetherness all around the club.

I signed last summer and it was a bit here and there, a bit iffy. The club were coming off the back of relegation so confidence was low and that can happen in football and I think we have started to develop a winning mentality.

At the back end of last year we won four of the last five and we have taken that into pre-season.

I’d take 100 points over 100 goals because then we are promoted. It’s down to us to put them into the back of the net and I think the gaffer says that because of the freedom in which he lets us play.

We have got quality at the top of the pitch and as well as that Patrick Bauer should get 10 goals! He gets on the end of every set-piece so I don’t see why we shouldn’t score 100 goals.

We also need to keep them out at the other end and we were more disappointed about conceding the goal than scoring the six.