Robinson: I’ll make changes but we are going to Exeter to win 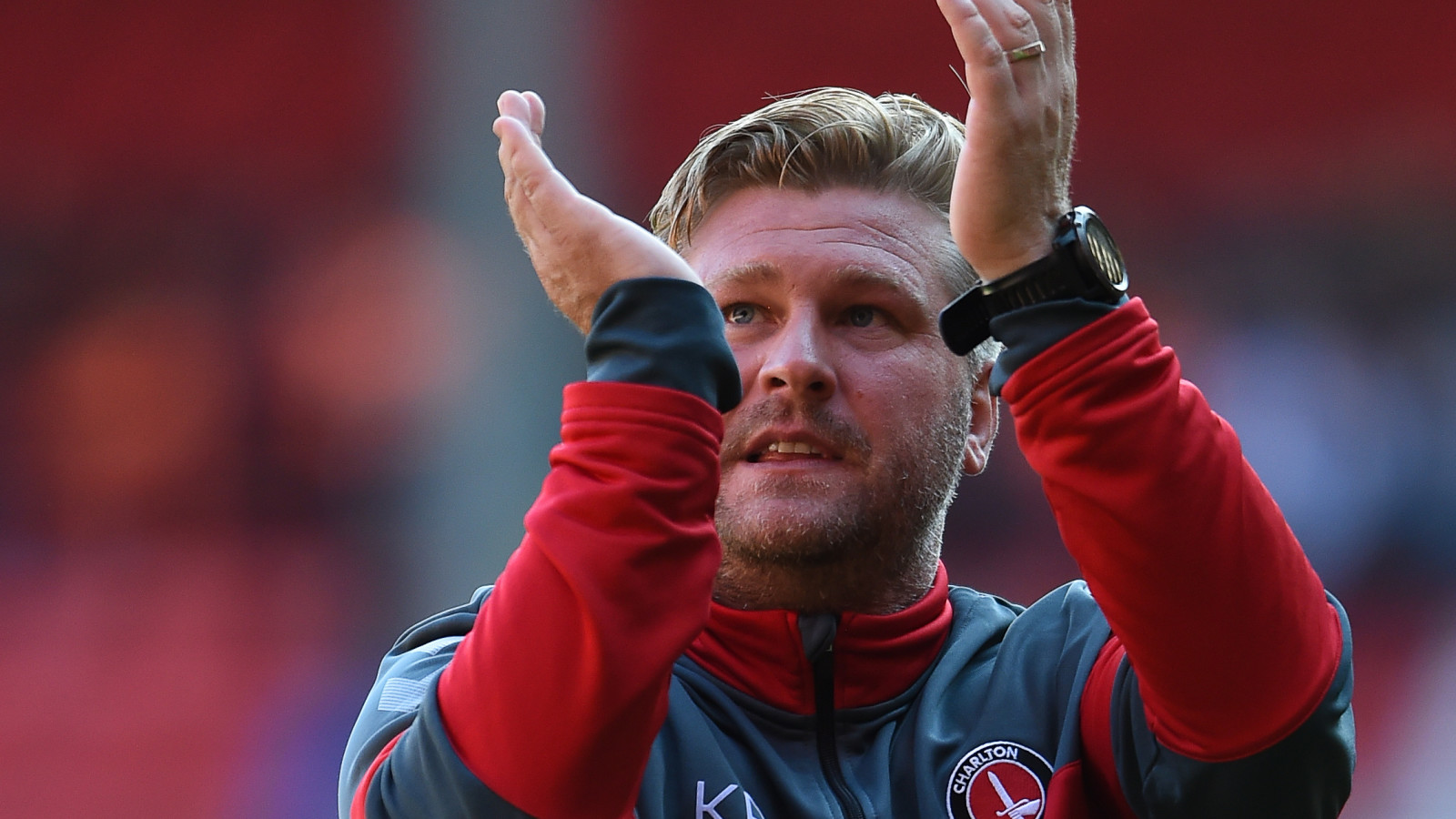 Karl Robinson has confirmed that he will make changes to his starting XI for tonight’s Carabao Cup tie at Exeter City but says the team he picks will head to the south-west with a strong desire to win.

The Charlton side that started Saturday’s victory against Bristol Rovers were forced to summon their energy reserves towards the end of the match, having played with 10 men for over 80 minutes.

And, speaking to Valley Pass ahead of tonight’s cup tie, the Manager revealed that only two of that eleven will travel to St James Park to provide the other members of his squad with their chance to impress.

“We have made eleven changes,” the Manager said. “The players were physically out on their feet at the weekend only two of the starting XI will travel with us.

“It’s a very changed team but I don’t want people to think that it’s a lesser team because when you look at the quality we have and where they will play then there is a lot of experience. Premier League experience, top-flight experience from around the world and international experience.

“Tony Watt and Ben Reeves have international experience. Karlan, Ezri and Naby Sarr at youth level. Crofty is an international and then you have still got Johnnie Jackson to throw in.

“They need a chance because it’s been hard for them of late. They watched against Ipswich, they watched on Saturday and they were cheering and high-fiving and were massively part of the result. Now they have got their chance to go and perform.

“It also gives us a chance to rest a few as this is a gruelling first week of the season. We’ve got a four, five-hour journey to Exeter. The players will get back at 3am, they’ll train on Thursday and then we go back to Plymouth on Friday. It’s a physical output.”