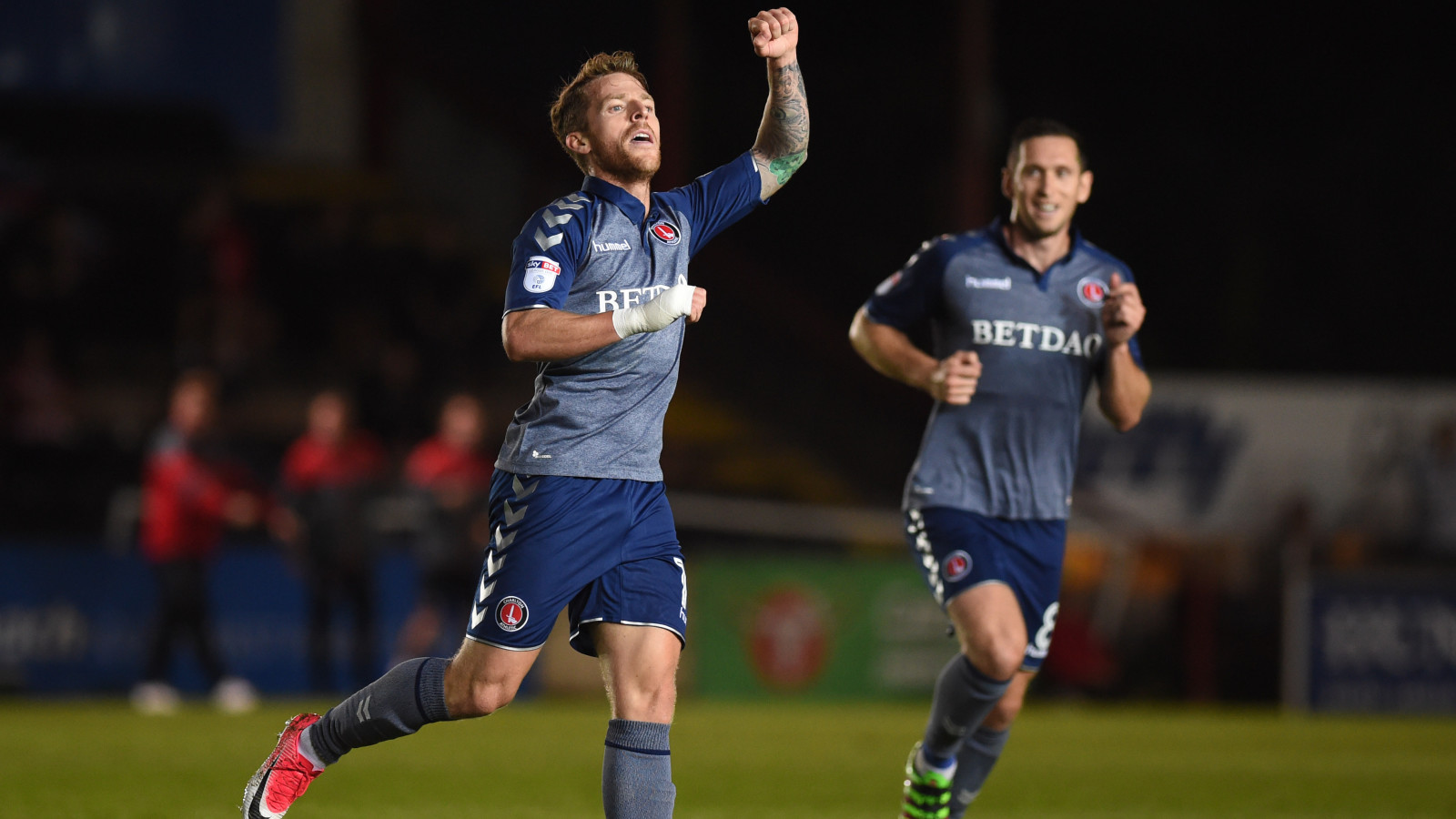 Charlton secured their passage into the second round of the Carabao Cup by coming from behind to beat Exeter City at St James Park on Tuesday night.

A harsh red card for Andrew Crofts saw the Addicks end the match with 10 men but the south-east Londoners - who started with six academy graduates - held firm in the closing stages see out the victory.

In terms of team news, Karl Robinson made 11 changes to the side that started Saturday’s hard-fought win against Bristol Rovers.

There were two debuts amongst the alterations in personnel, with summer signing Ben Reeves and Dutch youngster Anfernee Dijksteel coming in to make their Addicks bows.

A bright start from the Addicks saw Charles-Cook twice reach the byline inside the first five minutes but the opening chance of the game fell Exeter’s way when Lee Holmes cut in from the right and curled over.

Ahearne-Grant thumped a 20-yard effort wide for Charlton on six minutes before, at the other end, Holmes saw a shot deflected over. From the resulting corner, Troy Brown connected at the far post, forcing Phillips into a good save.

Charlton carved out a fantastic opportunity on 13 minutes. Ahearne-Grant sprinted past Pierce Sweeney on the left flank and cut the ball back to Charles-Cook, who was unable to find a way past home stopper Christy Pym from 10 yards.

Watt went in bravely with his head to try and connect with an improvised Reeves through ball on 18 minutes, only to be beaten to it by the fists of Pym, and the Scot was then presented with a great chance to score.

A deflected Aribo strike made its way to him at the far post but he was unable to steer the bobbling ball home from a tight angle.

Charlton were enjoying a great spell of dominance and the lively Ahearne-Grant was next to have a pop at goal when he fired over left footed, having dribbled beyond a couple of home defenders.

Watt poked just wide on 27 minutes and the hosts then carved out a great opportunity of their own, in what was their first foray forward in a while. Holmes sent a cross to the far post that Jake Taylor met with a firm header but Phillips flew to his left to make a vital save.

Charlton responded by creating two big chances of their own. Firstly, Aribo made himself a shooting opportunity inside the box, with it being blocked by the City defence and immediately afterwards a combination of Pym and the post kept out debutant Reeves from a tight angle.

Brown – who was proving a threat from set-pieces – headed home for the hosts on 38 minutes but his goal was disallowed for a foul on Sarr.

And as was proving the pattern of the first half, Charlton replied to Exeter’s chance by creating one of their own. Crofts met a Reeves corner with a glancing header that flew just wide.

Dijksteel ballooned an effort high and wide, in what was the final opportunity of the first period and Watt delivered the second half’s maiden opportunity, when he nodded narrowly wide from 10 yards.

Ahearne-Grant came close to getting the goal his performance had deserved on 50 minutes. After his cross had been collected by Charles-Cook, he got on the end of the latter’s centre but could only steer wide from six yards.

Exeter made the most of the let off by taking the lead on 54 minutes. Holmes floated a free-kick into the box and it missed everyone in the middle and nestled in the far corner.

They were denied a second goal by the officials four minutes later when Reid was penalised for a foul on Konsa as he headed into the path of Holmes, who turned home.

Phillips made a superb stop from Liam McAlinden after he burst through one-on-one after 66 minutes and seconds after being introduced for his Charlton debut Reeco Hackett-Fairchild saw a strike well blocked.

Charlton levelled on 73 minutes. Ahearne-Grant picked up possession on the left and sent in a low cross that Clarke steered into the net, via a deflection.

And, having equalised, the Addicks took just six minutes to net their second. A Clarke strike was blocked and fell kindly for the energetic Charles-Cook, who coolly steered home from the edge of the box.

The Londoners were reduced to 10 men with seven minutes of the 90 minutes remaining. Substitute Matt Jay stepped across Crofts as he slid to try and poke the ball away and as a result the Charlton midfielder unintentionally wiped him out. Referee Tim Robinson surprisingly showed him a straight red card.

A great save from Pym denied Aribo from a tight angle and the stopper then kept out Hackett-Fairchild, who had robbed Brown of possession on the byline.

Ahearne-Grant and Hackett-Fairchild both went close to making it three in stoppage time but two goals proved to be enough for the Addicks, who progressed into round two.