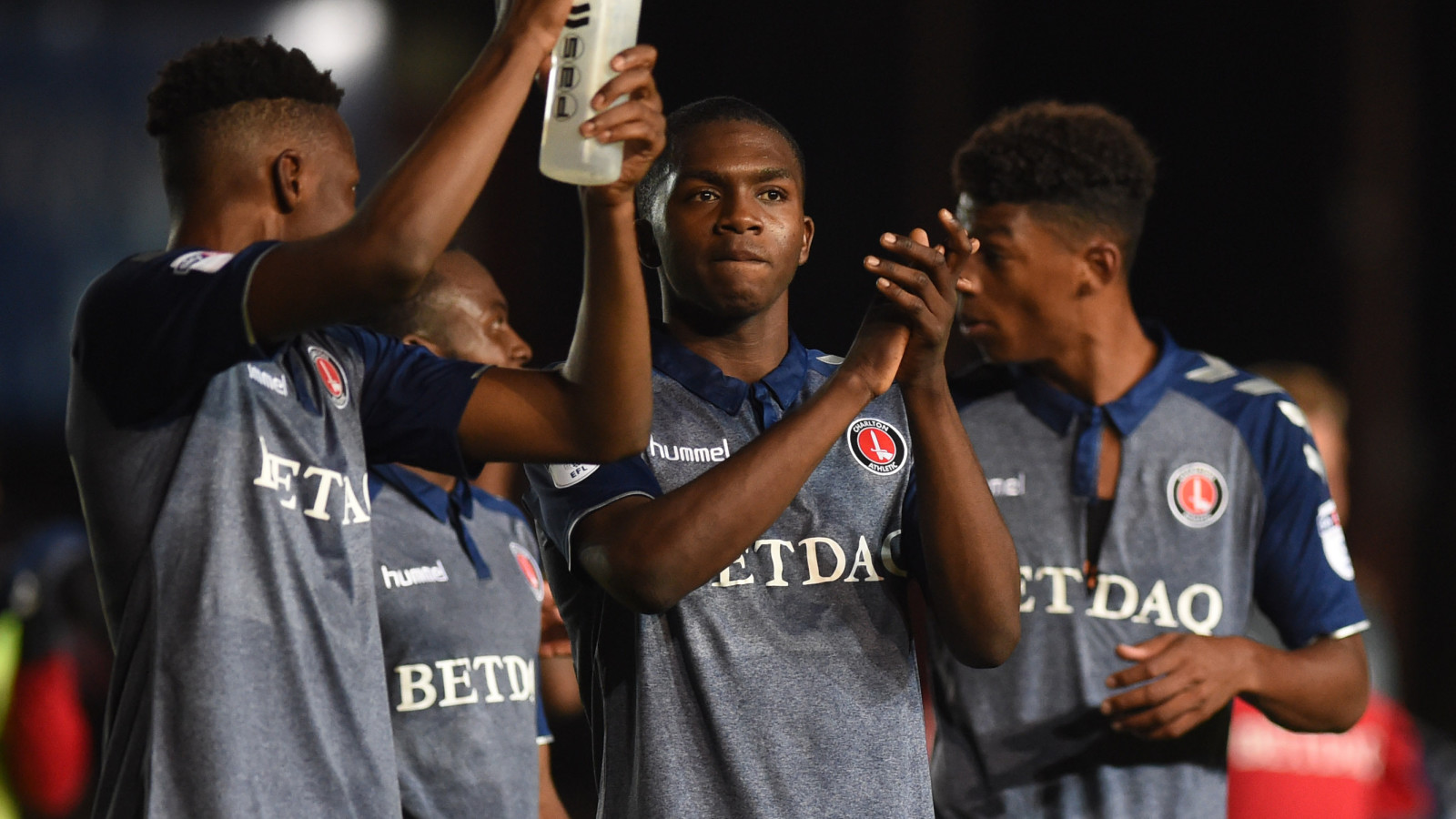 Two more graduates made their first-team debuts with Anfernee Dijksteel and Reeco Hackett-Fairchild impressing off the bench, while Regan Charles-Cook netted his first senior goal for the club in the 2-1 win.

“Bow was just telling me before the game to keep everything low and I did just that. I saw my opportunity, kept it low and passed it into the net.

“It’s a great feeling to go to bed with. I’m very happy. I’m a lot more confident and the loan at Solihull taught me a lot. It got the goalscoring part of my game back because I went there and scored a few goals and came into the new season confident and raring to go.

“I’m happy that the gaffer gave me the opportunity. He told me to express myself and I’m happy with my performance.”

Hackett-Fairchild emerged from the bench in the 67th minute with his side 1-0 down and the 19-year-old played his part towards the Addicks turning the game around in Devon.

And the forward was delighted to make his professional debut after scoring twice for the first team during pre-season.

“I wasn’t expecting the gaffer to call me on as early as he did, but when he did I just thought to myself to be confident. I came out, had a couple of chances and should have scored, but it was a great day and I enjoyed it.

“It leaves me 100 per cent hungry and it’s given me a lot more confidence going into my next game if I’m given the chance.”

“It definitely gives us more confidence to be out there alongside our U23 teammates and having Jason Euell here tonight in the dugout helped too,” added Hackett-Fairchild.

“They give you advice during the game and help you get through it if they’ve had experience doing it before so it definitely helps having familiar faces around you.”

Meanwhile, 20-year-old Dijksteel earned plaudits for his outstanding performance at right-back during the pre-season clash with Norwich City last month and repeated the level of performance at Exeter, putting in an eye-catching display against the Grecians.

All the more impressive considering he is a central midfielder by trade.

He said: “I’m really happy to make my first start and I think I played a good game. The whole team did.

“I still prefer centre midfield! But I think I did well at right-back and I will always do my best to play in any position so I will just work hard on every position I’m asked to play.

“It gave my some confidence to hear the manager speak well of me [after Norwich] and he also talked to me during and after the game, telling me to just be confident and show my talent and that’s what I feel I did.”