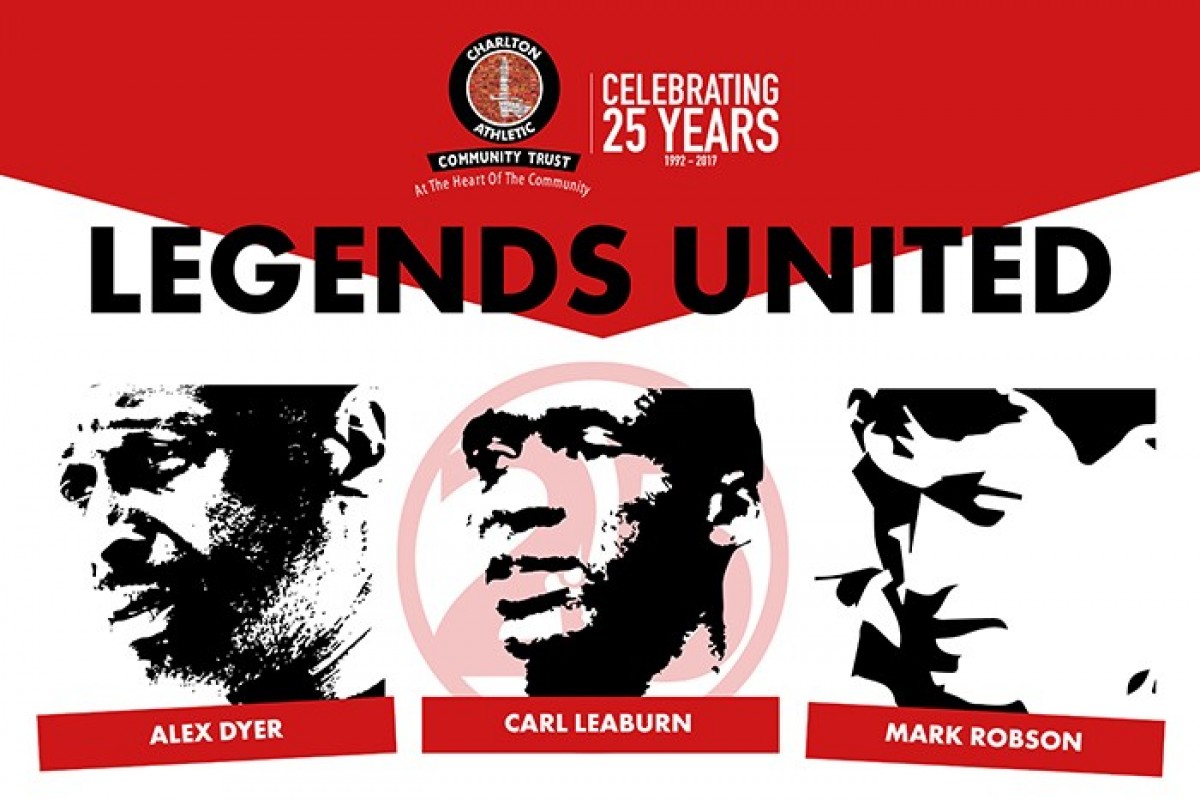 The 25th Anniversary Committee is delighted to confirm three more legends who are returning to The Valley on Sunday 17 September. Carl Leaburn, Alex Dyer and Mark Robson will be there for the Legends United game in aid of Charlton Athletic Community Trust (CACT).

Fan favourite, Carl Leaburn has accepted an invitation to be at The Valley following requests on Twitter from fans earlier this week.

Alex Dyer not only played for Charlton but was part of the successful management team when the team was promoted to the Championship in 2012.

Mark Robson appeared 98 times for the Addicks during a playing career that also included a spell at West Ham. He has since had a successful coaching career, which started when he was first team coach at Charlton.

Tickets in the Lower West Stand are now on sale, priced at £10 for adults and £2 for Under 11s, with all proceeds going to CACT. Book online now by clicking here.