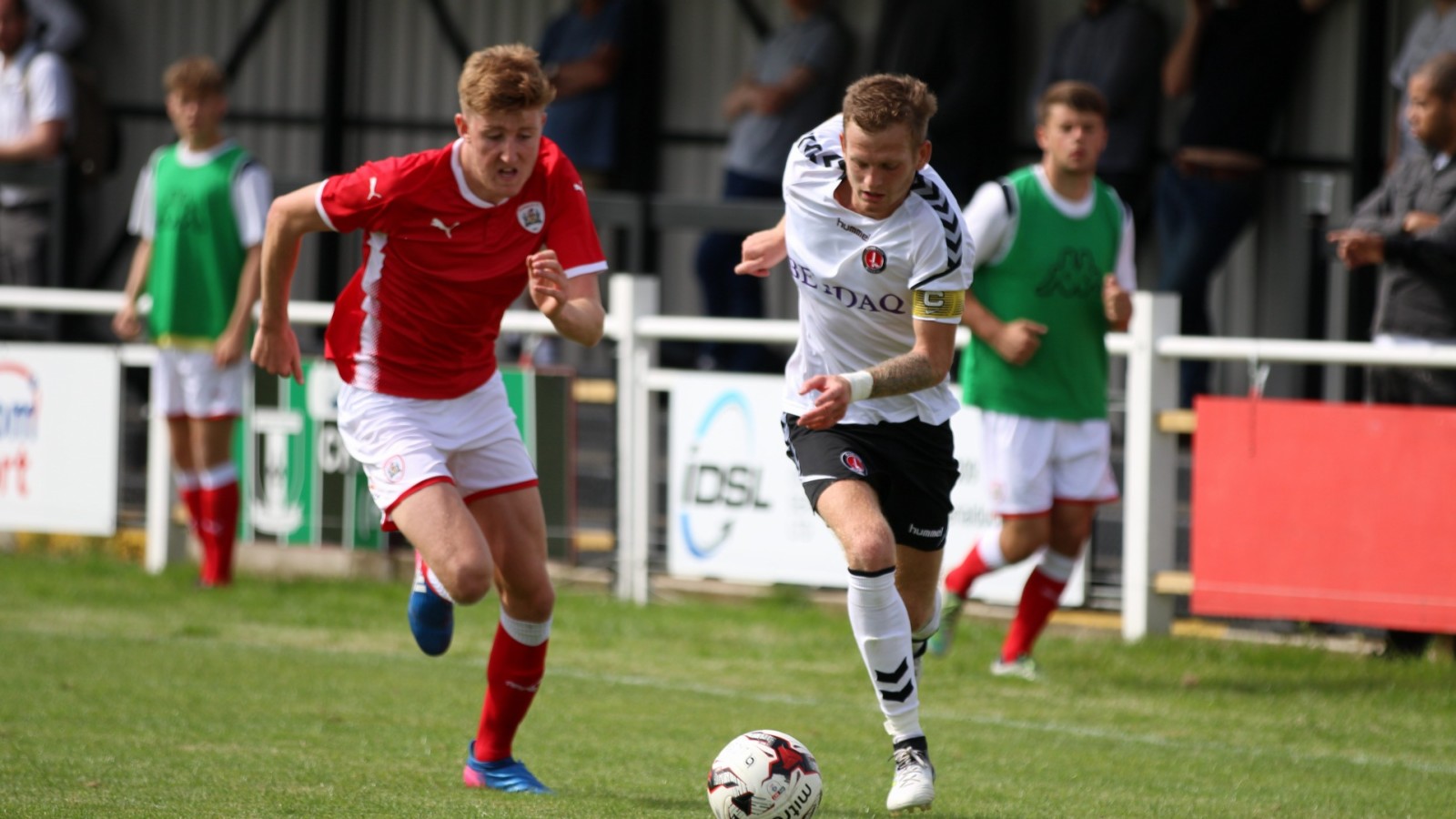 Charlton’s U23s kicked off their season with a narrow defeat at the hands of Barnsley at the DGS Marine Stadium on Monday afternoon.

The Addicks made a bright start with Terrique Anderson getting in behind in the opening minutes of the match, only to be denied by a goal-saving sliding tackle by Tykes defender Will Smith just as he was about to pull the trigger.

But it was the visitors who took the lead with the first shot on target of the afternoon with 10 minutes on the clock. Striker Victor Adeboyejo was given time to pick his spot from 20 yards and fire into the bottom left-hand corner.

An otherwise quiet opening half-hour sprung back into life in the 30th minute when Charlton drew themselves level thanks to a set-piece.

Taylor Maloney delivered a corner from the right and centre-back Jo Cummings was the man to jump highest, nodding home the equaliser.

Five minutes into the second half, Joshua Umerah came inches away from putting his side in front when he turned well in the box and fired a shot goalwards, only for it to take a deflection off a defender and spin off the right-hand post.

The second half was a cagey affair with very few chances falling to either side until the visitors regained their lead in the 73rd minute.

A through-ball opened up Charlton’s defence to allow Jacob Brown in one-on-one. Ashley Maynard-Brewer did superbly well to keep out the initial effort, but there was nothing the young stopper could do about his headed follow up from close range.

The Addicks continued to see plenty of the ball, but chances were at a premium and they were ultimately left frustrated. Reeco Hackett-Fairchild had an opportunity to rescue a point at the death, but he could only pull his shot wide at the back post in injury time frustrated as Jason Euell’s side begin the season with defeat.