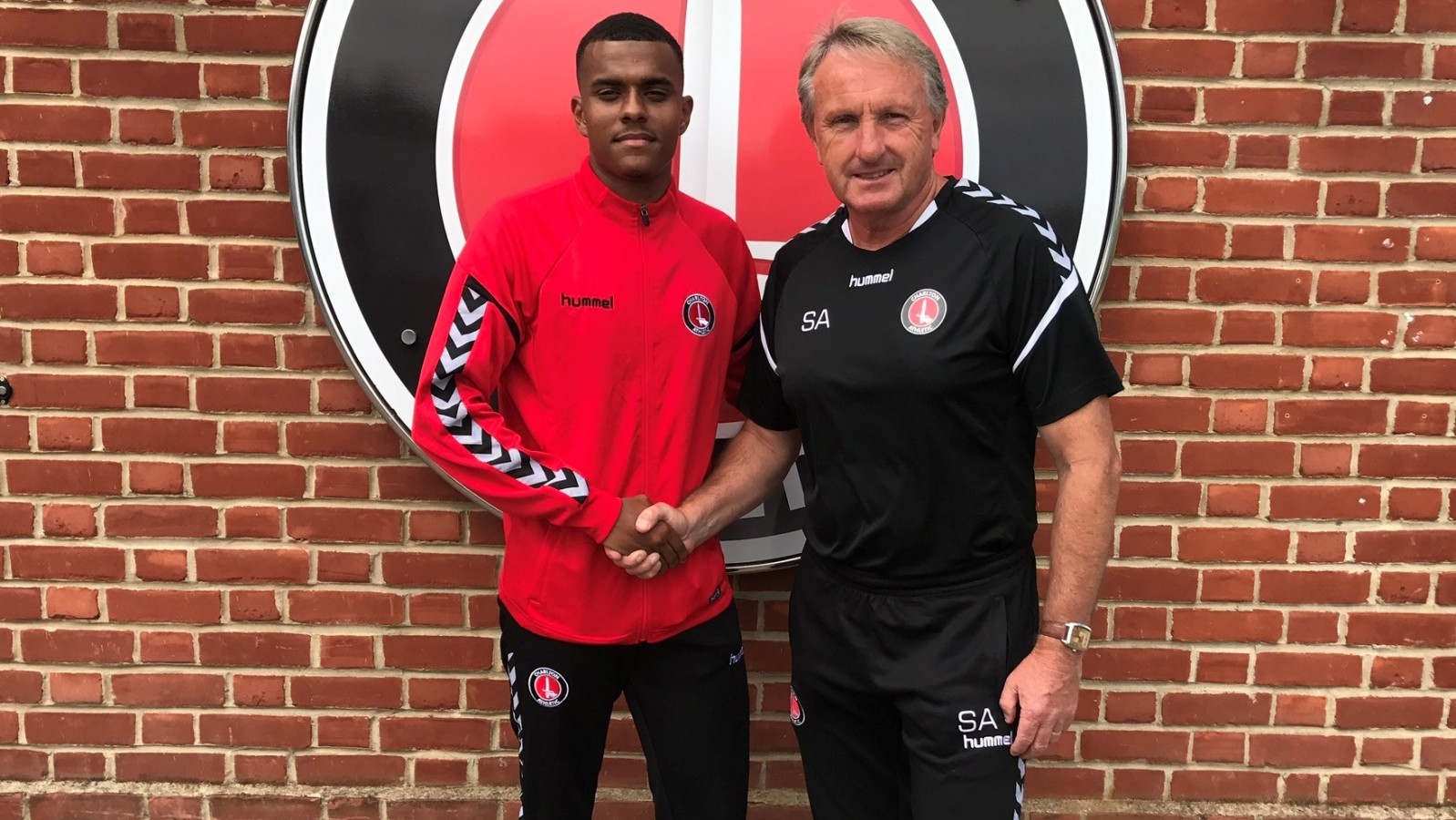 Jason Euell has bolstered his U23 squad by completing the signing of Jamie Mascoll from Dulwich Hamlet on a one-year contract.

The Catford-raised full-back, pictured with Academy Manager Steve Avory, has been on trial with Charlton’s development squad since the end of last season and featured in some of their matches as they secured the Professional Development League 2 South title.

He enjoyed a successful loan spell at Grays Athletic last season and the 20-year-old will now add competition to the U23s’ full-back positions.

“Jamie is a versatile full-back that can also play at wing-back and this is a great reward for him and the hard work he has put in over the last few years.

“He actually came on trial to Charlton as an U16 but was unsuccessful and since then he has really knuckled down and experienced a lot of men’s football, which has greatly aided his development.

“Jamie will add great competition at U23 level and hopefully he can keep progressing and push towards the first team.”